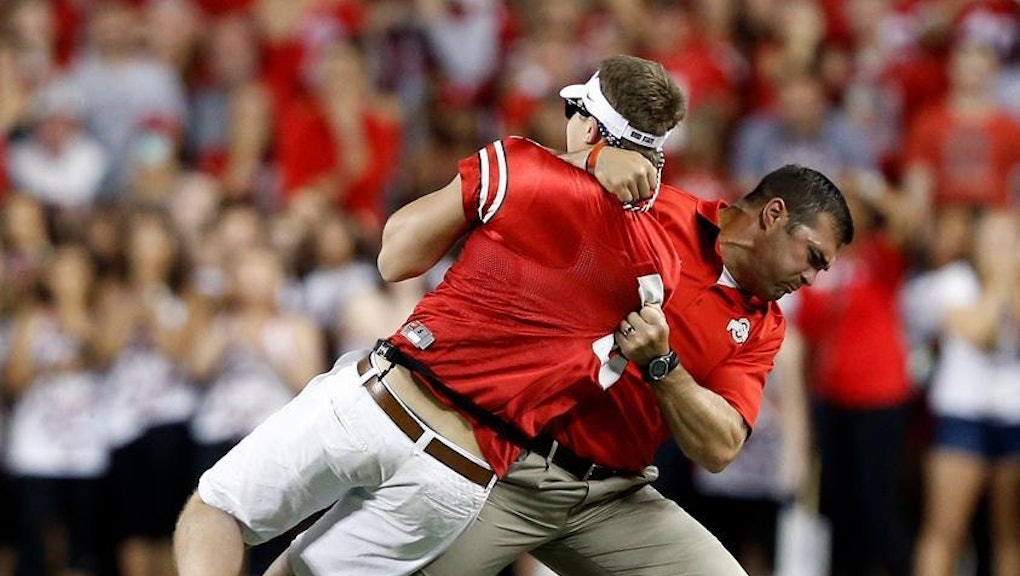 Ever wonder why you don't see that many streakers at football games? Sure, you've seen them run on the field for soccer matches, or there's some nut who runs around at a baseball game. But football? Almost never.

Well, there's a reason for that, and Saturday's Ohio State-Cincinnati game was the perfect example why. A Buckeye fan ran onto the field, and his night ended exactly as you'd expect.

The fan was slammed to the ground by Ohio State assistant strength coach Anthony Schlegel. Schlegel is not just a big guy who knows how to lift weights. He graduated from Ohio State in 2005 after earning All-Big Ten honors as a linebacker for the Buckeyes.

This signature photo of the incident by Columbus Dispatch photographer Adam Cairns quickly made the rounds ...

... and the Internet's response did not let us down.

For once, the fan would have been better off getting caught by security.