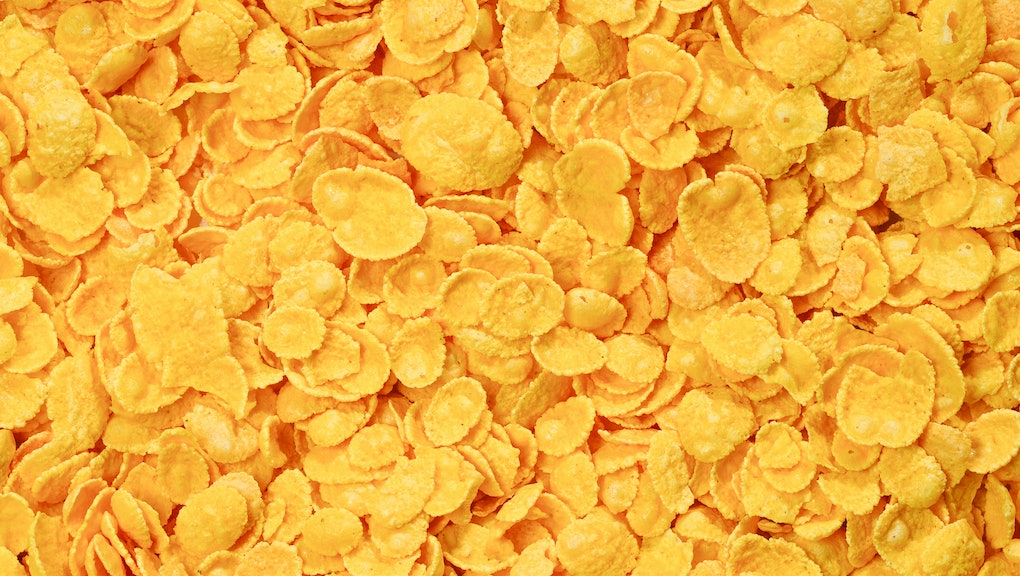 When it comes to role models for healthy eating, examples are few and far between.

Sure, you have that CrossFit-obsessed friend who somehow maintains a strict paleo diet and always feels amazing — and at the other end of the spectrum, you may know a marathon runner who swears by pasta dinners and gummy bears.

So, what does realistic healthy eating really look like? While eliminating entire food groups isn't always necessary, we talked to nutritionists about the foods they never eat to give you a better idea of a well-rounded, nutritious diet. Ditch the soda and hop on the seltzer train and you, too, can be eating like a nutritionist in no time.

"As a registered dietitian nutritionist, I never tell my clients that they can't have certain foods," Gisela Bouvier told Mic via email. "However, I do highly encourage foods they should avoid or limit and I tell them foods I would never eat."

Bouvier refrains from eating boxed cereals, which she said are are high in carbohydrates and offer very little, if any, protein and heart-healthy fats. Many cereals, especially those targeted at kids, contain added sugars and lack fiber.

"Cereals are mostly made from processed grains, have added ingredients and nutrients and often mislead with health claims," Bouvier said. "As a dietitian, I never recommend dry cereals to clients. Instead, I recommend nutrient-dense complex carbohydrates, such as oatmeal or whole-grain toast."

Most frozen dinners claiming to be healthy can be loaded with sodium and artificial ingredients, and may not be nutritionally dense, Bouvier explained. "Many portions are too small and do not provide quality calories — the focus is on quantity of calories instead of quality," she said.

Instead, take the time to prepare meals made with lean proteins, high-fiber complex carbohydrates, quality fats, fruits and vegetables.

"I try to avoid anything that's disguised as a health food," Rebecca Lewis, registered dietitian at HelloFresh, told Mic via email. "Labels and packaging can be misleading to the average consumer, and the truth is in the nutrition label."

When fat is reduced or removed from foods, sugar and sodium are often added to boost flavor. "Be wary of low-fat foods when one of the first three ingredients list sugar," Lewis said. "Regularly eating too much sugar in your diet could lead to higher-than-normal levels of insulin in your blood. And in the long term, this will interfere with proper hormone signaling in the brain, including signaling of our hunger hormones."

"While we all need to eat more fruits and veggies, and fruit juice does have fruit in it — what is missing is all the fiber that would normally go along with the fruit," Lewis said. "Even with a 100% fruit juice, what you end up consuming is a high-calorie and high-sugar drink — even with small 4-ounce portions!"

"While yogurt in general can be a good source of protein, calcium and probiotics, those benefits are often cancelled out by the high sugar content if the yogurt is flavored," Lewis said.

"Soda is on the top of my list because it provides absolutely nothing nutritionally speaking and it is incredibly easy to avoid," psychologist and nutrition coach Candice Seti told Mic via email. Seti suggested replacing soda with coffee or tea when seeking caffeine from the beverage, or seltzer with fruit if you love the bubbles.

"Drinking soda is basically like drinking simple sugar combined with chemicals," Seti said. Even diet soda, which may not have sugar, has artificial sweetener that can lead the imbiber to crave more sweets down the line.

Whether cured, smoked and salted, preserved meats are all on Seti's "no" list. "The most common suspects are bacon, sausage, hot dogs, salami and prepackaged lunch meats," she said, referencing the 2015 World Health Organization study that showed eating processed meat causes cancer.

"Do yourself a favor and limit most of these — reserving bacon for special occasions —and stick with unprocessed, grass-fed meat," Seti added.

Like many other nutritionists, Seti avoids this ingredient. "HFCS is a manmade sweetener that is commonly found in processed foods and sodas," she said. "It is cheap and easy to access, thanks to our abundance of corn crops, so it is used a lot and is often a symbol of a cheap or low-quality food."

The biggest problem with HFCS, Seti explained, is it doesn't satiate our hunger hormones and can encourage you to keep eating. "That's great for the food companies, but terrible for your heart and your waistline," Seti said.

"A donut is a combination of all the worst things you can eat," Logie told Mic via email. "It's refined white flour deep-fried in artery-clogging trans fats and then covered in sugar or icing, which can [also] contain trans fats. They're easy to eat, provide no nutrition and make you hungry for more of them. Bad news all around."

"A fried chip is a fried chip," physician nutrition specialist Adrienne Youdim told Mic via email. "It doesn't matter if it's a potato or a taro chip."

This article was originally published on Dec. 17, 2020