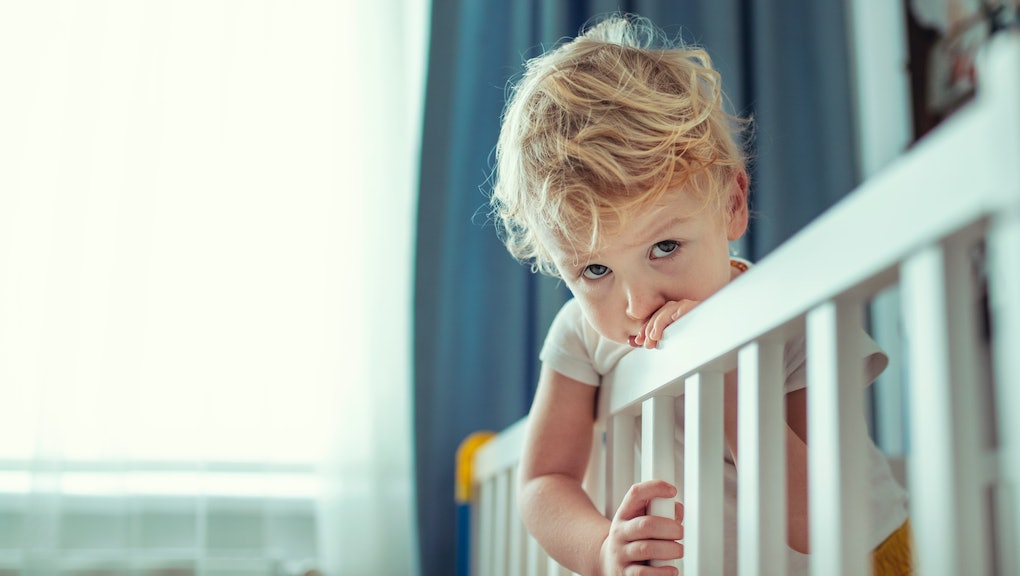 When it comes to embarking on the journey of parenthood, lots of millennials are saying, "Meh. No, thanks."

According to data from the Urban Institute, birth rates among 20-something women declined 15% between 2007 and 2012. Additional research from the Pew Research Center reflects a longer-term trend of women eschewing parenthood as the number of U.S. women who choose to forego motherhood altogether has doubled since 1970.

This trend is fascinating, in part because there's long been a taboo associated with people (particularly, women) choosing to opt out of parenthood. Women who choose not to have kids have been referred to as "shallow" and "self-absorbed," and even the pope has said the decision not to procreate is fundamentally "selfish."

In an effort to find out why so many young people are really deciding against parenthood, we solicited dozens of responses from our audience via Tumblr and Google Forms. The responses we received from people of all sexes and identities reveal that there are myriad reasons why people are opting out of parenthood — and all of them are equally valid.

Whether it's the medical costs of giving birth or the lifetime financial commitment that having a child entails, financial reasons were one of the most popular behind why people didn't want kids. Many respondents also specifically called out their student loans as a reason for not being able to afford kids — a trend that doesn't seem to be going anywhere, if the total student debt of the Class of 2015 is any indication.

"It leaves your body and it costs $20-30K. I've $40K in student loans already taking up the rest of my life. And that's best case scenario. If anything goes wrong, double it."

"I'm pan[sexual] and currently in a relationship with a woman. Having a child biologically would involve a huge medical bill."

"If I can hardly afford to live well now on my income, how can I be expected to give a child the life they deserve?"

2. There's a strong fear of passing down mental health issues.

Those who have struggled with various mental illnesses reported being particularly wary of bringing kids into the world, out of a fear that they would inherit the painful experiences they themselves went through.

"I made up my mind when I had diagnosed with the same mental illness that my mother has. Being raised by my mother who has manic depression was scary. You shouldn't be afraid of your parent."

"I've struggled with depression and if I passed that pain on I would feel horrid for inflicting that sadness and numbing on another human. No one deserves to live like this if it can be prevented."

"I am mentally ill and mental illnesses than mine run in my family, as do autoimmune disorders. I do not want to bring a child into the world knowing that there's a strong chance it will struggle like I have."

3. The population is already out of control.

Some concerned citizens cited overcrowding and environmental concerns as reasons to fear a rapidly growing population. While there's some debate as to whether or not overpopulation is a serious threat to humanity, many millennials see it as a legitimate reason to avoid adding more humans to the equation.

"There are too many unwanted kids on the planet as is, so I don't want to bring more into the world. I'm adopting if I ever decide I want kids. People don't understand how bad having a large population is."

"I joined [the] zero population growth movement a long time ago for environmental reasons."

"I think we need more do-ers and innovators compared to repopulaters."

4. Fertility issues can give a different perspective on the necessity of having kids.

While one might assume that infertility only affects older women, some millennials struggle to naturally conceive as well. In fact, according to 2002 data from the Centers for Disease Control, 11% of married women under 29 have dealt with fertility issues. For some women, this can lead them to reconsider whether they even want a kid in the first place.

"I can't have kids naturally. It's not a sad thing though. A lot of other women get upset when I tell them that, but I just say I really have no right to complain about one gift I didn't receive when I have been given so many to begin with."

Even in the 21st century, childbirth is a strenuous (not to mention potentially dangerous) physical ordeal. Plenty of women just aren't into the idea of using their uteruses as an "incubator," as one very honest respondent put it.

"The physical changes my body would go through with the pain of birth is not appealing at all to me."

"The idea of carrying a child makes me nauseous."

6. With kids comes the pressure to make perfect choices.

Although people who don't want to have kids are often called "selfish," our survey showed they're anything but. If nothing else, our respondents were well aware that the responsibility to be a good parent means consistently putting the child first and making healthy choices for them, and they didn't feel they were up to that challenge.

"It overwhelms me to think that there would be a tiny little person growing inside of me, depending on me to make healthy choices."

7. Not all women are preprogrammed with maternal instincts.

Much like comedian Margaret Cho, who once joked that she "ovulates sand," many women told Mic that they simply didn't feel they were born with motherly urges.

"I have personally have never felt the 'motherly instinct' that girls my age who are getting married and pregnant rave about. I have had multiple encounters with children throughout life and it is always an awkward and anxious experience for me."

"Children always have irritated me to no end. The only time I enjoy children is when they are quiet, humble, intelligent beings. Obviously these conditions are unreasonable to expect of the tiny humans, so for me, the logical solution is to not have any of my own."

Sometimes the decision to not be a parent is as simple as wanting to spare a child from having to live in a world of jerks. Citing factors like global inequality, bullying or a general discontent with society, many readers don't want their offspring to have to deal with the world's problems.

"I feel we have too many issues recently with law enforcement and government that I do not feel comfortable upbringing kids into this society."

"I was bullied a lot as a child. I know what children are capable of and it scares me. I see all children as a potential future threat, simply because about 70% of people in my year group were bullies, and most of them still are. I wouldn't want a child to have to live in a world where they'll either be bullied, or be the bully. I don't think I could handle seeing my child cry from being made fun of, or being told my own child had made someone else cry for fun."

"Honestly our society is kind of fucked up; I don't need to send someone out into that."

There is research suggesting that the idea of "having it all"—both a family and a kickass career—is something of an unattainable myth. So it's not surprising that a number of our respondents reported they see parenthood vs. career success as an impossible choice to make. Many said they would only view children as possible hindrances to their lofty career goals.

"I don't want to have kids because I am studying to be a surgeon and I don't think I could give them the attention they need with such a demanding job."

"When I imagine my future, I just don't see any [kids]. I love what I'm studying and I want to get the most out of my career. Whether that includes endless overtime, sleepless nights, relocating, and/or travel."

"I have noted from quite a young age that when a man and a women get married and have children — it almost always means the women becomes a housewife (unless the parents both have to work). I have worked hard in school and would love to get married some day, but the idea that I would quite my job that I have worked my whole life to stay home for the next 18+ years does not appeal to me."

10. Children don't fit into every lifestyle.

Even when career goals weren't the primary reason behind the decision, many respondents cited a desire to preserve their already-fulfilling lifestyles as an equally compelling reason why they didn't want kids. These respondents felt that their lives were full (and busy) enough as is, without the added responsibilities that come with having children.

"My dream is to visit all 195 countries in the world (been to 23 so far) and I really don't feel like a child fits into the nomad lifestyle I want to live."

"With the way I want to live my life, kids would get in the way."

"I don't want kids because they're a fuckton of work."

11. Ultimately, a reason shouldn't even be necessary.

While the Mic survey illuminated just how varied some of our reasons for not wanting to have kids are, one reason stood out among all the others: not needing a reason at all. After all, our personal choice as to what we want to do with our bodies are just that, personal. Many respondents felt they didn't need to provide an explanation one way or the other.

"Sometimes I think that "I just don't want to" isn't enough of a reason to explain the lack of progeny. Then I think, why the hell should the reason matter to anyone other than myself? And I am content with that."

"I don't want kids because I just don't. I shouldn't have to explain my reasoning, or even have a reason at all: my body, my choice."

This article was originally published on Jul 30, 2015

This article was originally published on Dec. 24, 2019

More like this
Can't bear to be in a relationship right now? Blame de-cuffing season
By Suzannah Weiss
How to deal with racial microaggressions from your partner's family
By Melissa Pandika
Your next partner is more likely to be in your friend group than on Tinder
By Tracey Anne Duncan
Stay up to date