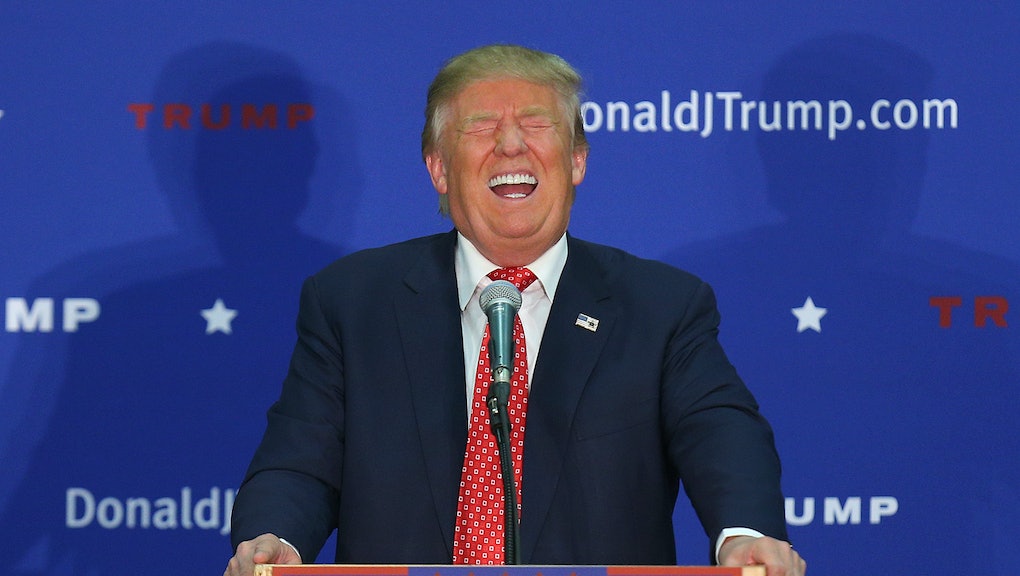 126 Republican lawmakers supported the bogus attempt to overturn the election

As his time in office comes to a close, President Trump and his cadre of sycophants, enablers, and MAGA cultists have thrown their weight behind Texas's currently-under-federal-investigation Attorney General Ken Paxton's utterly meritless effort to have the Supreme Court simply overturn the presidential election results in four states won by Joe Biden last month. It's the sort of Hail Mary legal move that will likely go nowhere in the courts (knock on wood), but which has nevertheless galvanized the president's increasingly feral base — people who still believe that Trump was robbed of his electoral victory by a nebulous cabal of Democrats, TV networks, and international communist leaders.

Still, for proof positive of just how considerable Trump's grip on the GOP is, even as he spirals personally and politically, consider the following: Late Thursday afternoon, More than half of the Republican House caucus filed a legal brief to alert the world in no uncertain terms that, yes, they will march lockstep in support of a quixotic auto-golpe if it means they can stay in their dear leader's good graces for a little while longer.

The mass GOP filing — initially featuring 106 signatories, but which has grown to 126 and counting — was launched by Louisiana Rep. Mike Johnson and echoes Trump's baseless allegations of voter fraud. The document "presents the concern of amici as members of Congress, shared by untold millions of their constituents, that the unconstitutional irregularities involved in the 2020 presidential election cast doubt upon its outcome and the integrity of the American system of elections."

Notably, Texas GOP Rep. Chip Roy — hardly a moderate centrist — rejected his colleagues' Spartacus moment, calling it "a dangerous violation of federalism" on Twitter. Roy did, however, go on to endorse other, less overt attempts to steal the election through litigation. Roy's absence from the list of GOP bandwagoneers is likely to be noticed by none other than Trump himself, who "said he will be anxiously awaiting the final list [of signatories] to review," Johnson told CBS News.

Paxton's lawsuit, which was joined by 17 other states, has been blasted by Pennsylvania's Attorney General Josh Shapiro, who described it as a "cacophony of bogus claims" and a "seditious abuse of the judicial process." Pennsylvania is one of the states targeted by Texas's lawsuit, along with Georgia, Wisconsin, and Michigan. And Paxton's case is likely not helped by another filing made on Thursday from an attorney claiming to represent the states of "New California" and "New Nevada," who would like the court to know that his wholly made-up territories would also like to get in Texas's action.

To date, it is unclear whether the Supreme Court will take up the suit and wade into the murky waters of election interference. It remains to be seen whether the growing list of congressmen who conveniently raised their hands to say "yes, we care about power more than democracy" will factor into the court's ultimate decision one way or another.

This article was originally published on Dec. 11, 2020