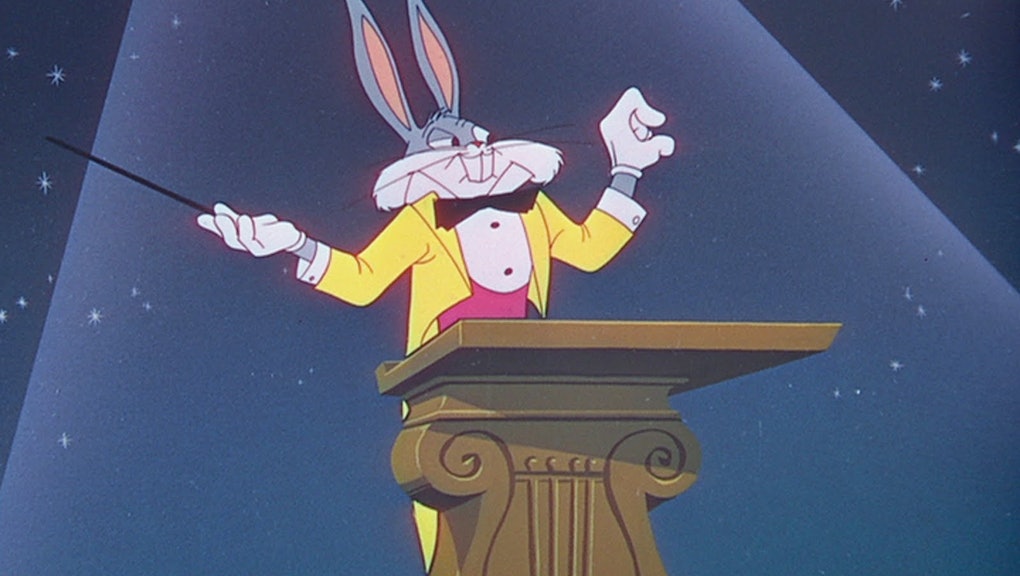 15 songs we all know but can't name

Humans have a tendency to take things for granted. For instance, I don't know why I can't obey the little martian in my head who keeps telling me to skinny dip whenever I come across a public water fountain, I just take for granted that I can't. In that same vein, there are a lot of songs that we hear our entire lives and never even consider as actual songs, with a name and everything. That is, until one suddenly pops into your head and your brain won't let you chill until you figure out "that circus song name," for example — or you have a perfect idea for a TikTok video of your ridiculous friend and need "that clown song name" to set it to. These musical masterpieces' existences are taken for granted far too often, and I'm here to correct that. Ahead, (re) discover 15 ubiquitous instrumental songs you definitely know without knowing their names.

1. "Entry of the Gladiators" — Julius Fucik

Read that name again, it's not what you thought it was.

It's weird to hear this song without watching a circus scene. It's like eating two tubs of ice cream without seriously resenting yourself afterwards. Even weirder is to imagine it playing to its original context: gladiators. I know what we call a "circus" nowadays is derived from what the ancient Romans used to call a "circus," but when I think "brutal battles to the death and a lion eats someone afterward" I normally picture something ... well, something heavier than your average clown performance soundtrack. But maybe that's what was considered a badass bloodbath soundtrack in the 19th century.

This is for when you need to place an anthropomorphic animal at a factory and make him suffer. Preferably at the hands of a gremlin.

The most recognizable part starts at the 1:14 mark.

Also known as the "Benny Hill Theme" or "Laughing at Others' Disgrace Song." No schadenfreude is complete without "Yakety Sax" in the background. Pain is just that much funnier when it's ridiculous too, and this song could make even the most ridiculous things even more ridiculous. Even a recording of President Lyndon Johnson ordering pants that don't chafe. Why don't you try and see for yourself? Play both videos at the same time!

4. "The Streets of Cairo, or the Poor Little Country Maid" — Sol Bloom

Whenever you need to indicate that something comes from the Middle East, this is the song to play. Anything done while listening to "The Streets of Cairo" will feel stereotypically Arab.

You can't really feel speed if you're not listening to this. This is the go-to piece for horse races, dog races, people races, and sex with strangers (NSFW) if you're Stanley Kubrick.

Lots of songs from the Norwegian play Peer Gynt have made it into the collective subconscious, including "In the Hall of the Mountain King." The ubiquity of the work's music is strange because if you ask most people in the street to tell you what a "Peer Gynt" is, they're probably going to think you're making an inappropriate comment.

This one is known as the universal wake-up call for little smiling birds and people who don't really want to wake up.

Everything is more complicated when you listen to this song. Try tying your shoelaces to it in less than five minutes. Unless you do it in a wipe-out montage interspersed with black-and-white stock footage of a car factory conveyor belt, it's impossible.

When they say "cannons" in the title of that video, they're not talking about some obscure music concept, nor did they misspell "canon." They're talking about honest-to-god, big-metal-tube-that-shoots-solid-lead-balls cannons.

The logistics of lugging a cannon out to a sound stage make this a tricky one to reproduce as intended, but somehow the people who recorded this version did it. If they killed anyone in the process, hopefully the judge was lenient.

The recognizable part (the part with cannons) starts at the 14 minute mark.

Possibly the most recognizable song ever, it's also one of the shortest ones. You can know this song just by the beats. Actually, you could probably just write it down in "doot-doos" and most people would know what you're talking about, like so: doot doo doo doot doo DOOT DOOT.

This jaunty tune predates Austin Powers, though the film series is probably now the most common association people make. The Quincy Jones big band piece was released in 1962, so it at least Powers was historically accurate.

I'm pretty sure it's impossible to hear this song, with its instantly-recognizable guitar rif, and not imagine some sort of groovy, 1960s-era movie montage (I'm looking at you, Dirty Dancing). Or maybe you're picturing The Sandlot dog chase. Or the Toy Story 2 barbie beach party. You know it from somewhere.

Press play on this one, also known as the "Toreador Song," and you'll instantly feel like you're part of a very distinguished competition — who knows what type of competition, specifically, but it's important and you're definitely on the verge of winning.

If you're ever writing a TV show or movie, and you need a song for a character to play that demonstrates their abilities as a classically trained pianist, this one is a safe bet — or at least, that seems to be the case so far. You've probably seen or heard this one in more scenes than you can count, but it does still hold up, so no need to complain. That Mozart knew what he was doing.

14. "Flight of the Bumble Bee" – Rimsky-Korsakov

No, this song was not written to build anticipation for slushie attacks on Glee. The high-speed piece was actually composed sometime from 1899-1900 — that's some pretty impressive staying power. It's probably one of the most widely used classical compositions in popular culture today, one which also has the unique ability to make almost anyone feel absolutely frantic within seconds of hearing it.

Bet you never even knew that song had lyrics, right?

This one nowadays is normally used in a humorous context (see Dr. Strangelove, or How I Stopped Worrying and Learned to Love the Bomb; Antz; and half of every movie, etc.), but in actuality it's a powerful anti-war theme about the hardships which war veterans are sometimes made to bear — often for naught. It tells the story of a lady who finds her husband disfigured and incapacitated from war. He has to resort to panhandling to sustain himself and his family.

The origins of the song are kind of dubious, if my research is to be trusted. It's widely regarded as a traditional Irish Folk tune, but it was published for the first time by an Englishman named Joseph B. Geoghegan, and, before that, it was published in the U.S. with different lyrics and the name "When Johnny Comes Marching Home."

Either way, it's freaking awesome and, to make it more awesome, I'm presenting you with the version of the Dropkick Murphys.

This article was originally published on November 4, 2013

More like this
The 8 best reality shows you're not watching, but should be
By Brandon Yu
Steve from 'Blue's Clues' gave us the closure we didn't know we needed
By Kara Weisenstein
Lil Nas X’s ‘Montero’ is a vulnerable guidebook on self-acceptance
By Brandon Yu
Stay up to date