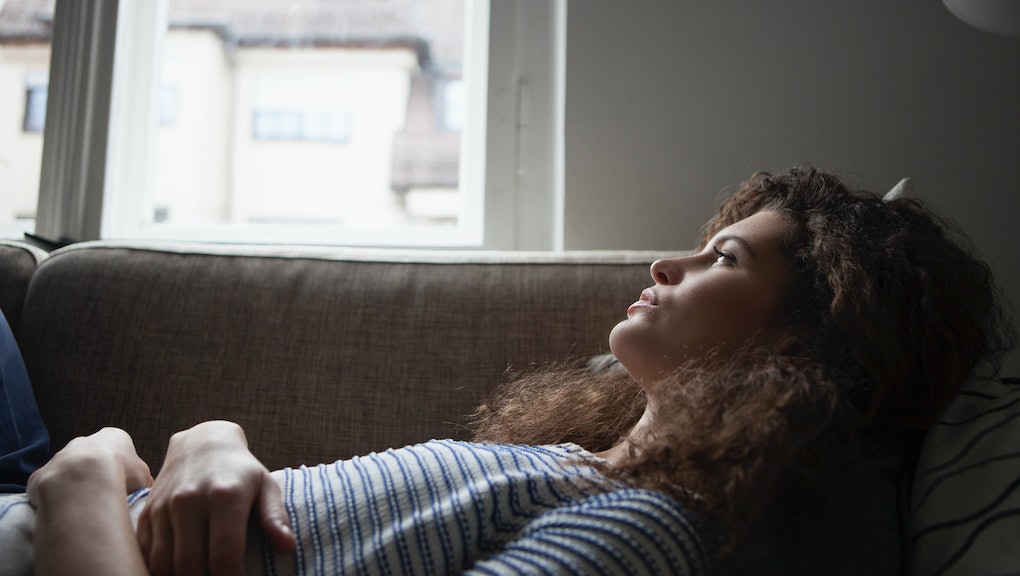 2020 has wreaked havoc on our bowels

Forget the television. This past election (and unfortunately, the weeks afterward) have had many people glued to their toilets. As a neurogastroenterologist, a physician who specializes in the relationship between the nerves in your brain and the nerves in your gut, I heard it from everyone: butterflies in your stomach, flares of diarrhea, bloating, cramping, loss of appetite, and nausea as each ballot from Nevada was counted in slow motion.

More than 40% of adults experience some type of bowel problems. The stress of election week, in particular, sent some people’s bowels into an overdrive fueled by sleepless nights, extra caffeine, immobility, and straight up rage. For others, the election was merely decorative excrement on the cake of crap that was 2020. With every new political stunner, a round of the runs is the familiar reward — a phenomena some have dubbed the “Trump Dumps.” It’s precisely everything beautiful and ugly about our brain-gut axis. So no, it’s not just in your head. Well, not exactly, anyway.

Even if we don’t name it in scientific terms, we are all intuitively familiar with the brain-gut connection. Ever experience a sinking feeling in the pit of your bowels when you’re telling a lie? This concept fascinated 19th century physiologists who grappled with the mechanistic origins of human emotion. It turns out the stress of lying transmits signals that creates the sensation of “butterflies” in our stomachs, which can be picked up by the same technology used in electrocardiograms. My research on the brain-gut axis led to patenting a lie detector for the stomach building upon this same principle.

The basic premise of the brain-gut axis is this: Our brains connect to the enteric nervous system, a network of more than 200 million nerves embedded in our guts controlling digestion, through larger nerves that form a highway of communication. Think about that for a minute: Our gastrointestinal tracts, spanning from esophagus to your, uh, exit point, have just as many neurons as our spinal cords, but get half the credit despite being our body’s largest interface with the outside world (yes, even bigger than the skin).

Stress travels from our brain down that highway of nerves to affect our guts, from permeability (“leaky gut”) and local immunity to how our bowels relax and contract. And of course, for good measure, the trillions of bacteria living inside us join the party. The gut, pun intended, is forced to swallow the burden of those emotional signals to effect changes in our appetite, stool, and even how we perceive pain. Is it any surprise then that obsessively watching ballots trickle in from every county in Arizona wreaked havoc on our bowels?

For years, doctors believed anxiety and depression triggered symptoms of irritable bowels, but now we’re learning that that highway truly runs both ways: Gut irritation can make us depressed and more sensitive to pain. Other neurological conditions, such as Parkinson’s disease, may actually start in our stomachs and make their way up to the brain.

During a normal year, this political and economic turmoil alone would have been more than enough to confine a large portion of the population to the bathroom. But 2020 was not a normal year. This past year, our bowels also suffered direct consequences of the COVID-19 pandemic, which goes well beyond the associated psychological stress. A full 50% of patients with COVID-19 have gastrointestinal symptoms — diarrhea, stomach pain, nausea — and for almost 20% of patients, these symptoms are the primary manifestation of the virus.

But that’s not the kicker here. Even long after the virus has left our system, it can leave unpleasant legacy behind. At least a quarter of patients with GI infections — from salmonella to norovirus — are left with irritable bowel syndrome or IBS, the result of a nasty battle scar etched upon our enteric nervous system. And by now, most of us know about horrors of IBS, which is often a nightmarish see-sawing of constipation and diarrhea. We’re talking about as many as 4.5 million people in the United States dealing with these symptoms for months to years after they “recover” from the virus. And the toll it takes on mental health forms a loop that isn’t easy to escape, either.

Luckily, all poop has a silver lining (not to be confused with actual silver poop — that’s something else entirely, believe me). This year scientists showed that tracking our wastewater is one way we can catch and potentially stop outbreaks of COVID-19 earlier. This is also the year the year that studies showed fecal transplant — why yes, replacing your body’s poop with someone’s else’s — can help treat alcohol use disorder. We also learned that innocent honey bees drop a deuce to defend against the looming threat of “murder hornets.”

So even though now your bowel distress may rank number 1, I have a feeling the secret to peace of mind in 2021 will be a number 2. Let’s just hope we don’t run out of toilet paper again.

More like this
U.S. health care is even more of a shitshow than we thought, confirms new ranking
By Ian Kumamoto
I chased my J&J vaccine with a shot of Pfizer. Here's why
By Tracey Anne Duncan
Will full FDA approval convince the vaccine hesitant?
By Melissa Pandika
Stay up to date