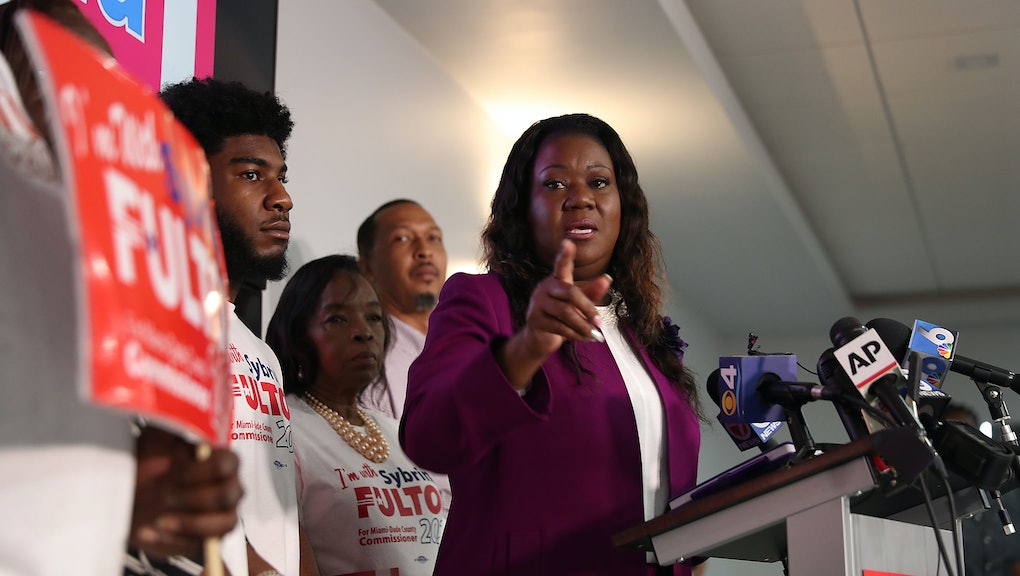 2020 is a record year for Black woman congressional candidates

In 1968, Shirley Chisholm was the first Black woman elected to Congress, and in the five decades since that time, 46 others have followed. This year, at least 122 Black women filed to run for Congress to follow in their footsteps — a record number, Reuters reported. About 60 of those candidates are still in play, either because they won their primaries and are headed for general elections in November or because their primary hasn't happened yet.

Political office has long been out of reach for Black women despite them being a reliable voting bloc in the Democratic Party. The first woman elected to Congress was Jeannette Rankin, a white woman from Montana, and between Rankin's election in 1917 and Chisholm's election in 1968, dozens of white women served in Congress.

A joint report by the Higher Heights Leadership Fund and the Center for American Women and Politics found that between 2018 and 2019, a record number of Black women served in Congress. Specifically, Black women elected officials achieved the "largest gain in representation at the state legislative level since 1994." But the jump in representation also illuminates the gaps in Black women leadership to begin with: "While 2018 highlighted new sites for Black women’s advancement in congressional representation, it also revealed the persistent underrepresentation of Black women as U.S. Senate candidates and officeholders," the report reads.

Not only do Black women candidates challenge assumptions about electability, they increase the likelihood that constituents will be represented by someone who looks like them or understands where they come from. Black mothers are more likely than white mothers to lose a child to police and gun violence, for example, and we've seen in recent years more Black mothers run for office. Sybrina Fulton, the mother of Trayvon Martin, a 17-year-old who was shot and killed in 2012 in Florida, is running for commissioner in Miami-Dade County, Florida Rep. Lucy McBath (D-Ga.) is seeking re-election this year after being elected in 2018 as part of the wave of Black and brown women winning office. Like Fulton, McBath's 17-year-old son was killed in 2012 by a non-police white man who claimed protection under Florida's "stand your ground" law.

Black women and mothers also bring a lived understanding of America's systemic economic, social, and political disempowerment of non-white people. Black women elected to state legislatures have been integral to defending against attacks on reproductive care, and Black women — like Stacey Abrams when she ran for Georgia governor in 2018 — turn out new voters who might not have engaged with the electoral process before.

The hope is that 2020 will be a watershed year for increased representation in Washington. As Joyce Elliot, an Arkansas state senator who is running to become Arkansas's first Black congressperson ever, told Reuters: This fall is a "chance to change our history."