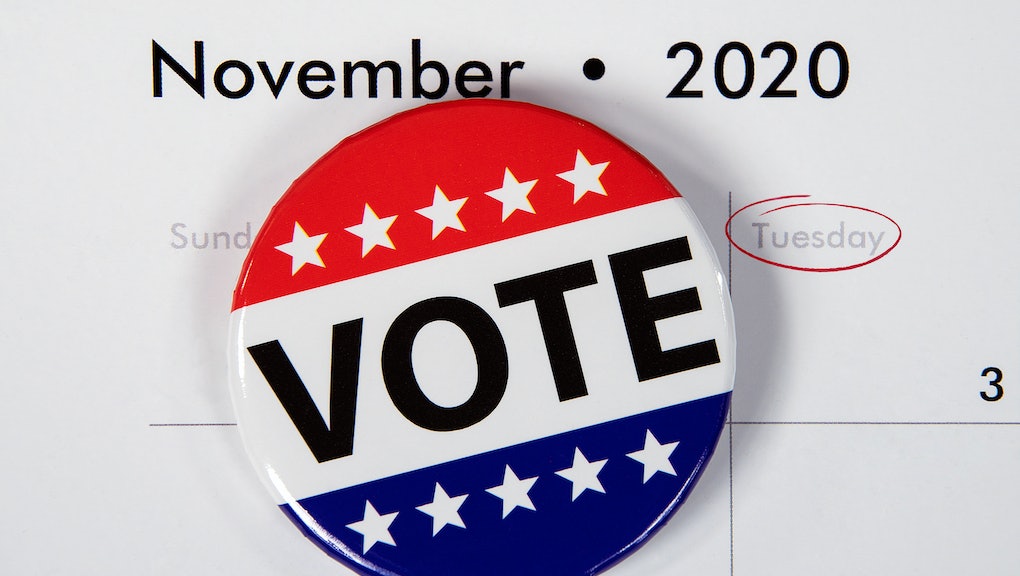 As the year comes to a close, the 2020 election calendar is just around the corner. At the beginning of the new decade, we will go through months of primaries, see the Democratic nominee be chosen, watch a bunch of debates, and ultimately, decide who will be president for the next four years.

On the Democratic side, the candidates will continue their campaigns for the next six months, though we're bound to see some more drop out of the race. Currently, the top candidates for the Democratic nomination, according to polling analysis from RealClearPolitics, are former Vice President Joe Biden, Vermont Sen. Bernie Sanders, Massachusetts Sen. Elizabeth Warren, and South Bend, Indiana, Mayor Pete Buttigieg.

Two people are challenging Trump for the Republican nomination, but they are unlikely to see much traction. Despite the fact that former Massachusetts Gov. Bill Weld and conservative radio host and former Illinois Rep. Joe Walsh are also running, in at least three states — Georgia, Minnesota, and North Carolina — Trump is likely to be the only candidate on the ballot. The GOP in several other states — Alaska, Arizona, Hawaii, Kansas, Nevada, South Carolina, and Virginia — have canceled their primaries and caucuses entirely and will instead just give their delegates to Trump.

From primaries to Election Day, here's a look at what 2020 has in store.

The 2020 election officially kicks off in Iowa at the beginning of February.

The Democrats Abroad primary lasts a week, so Americans who are living out of the country are still able to vote in the primaries.

The vice presidential debate will take place in Utah.

The second presidential debate will take place in Michigan.

The third presidential debate will take place in Tennessee.

Election Day! You can find out how to register to vote (and when you have to register by) at USA.gov.