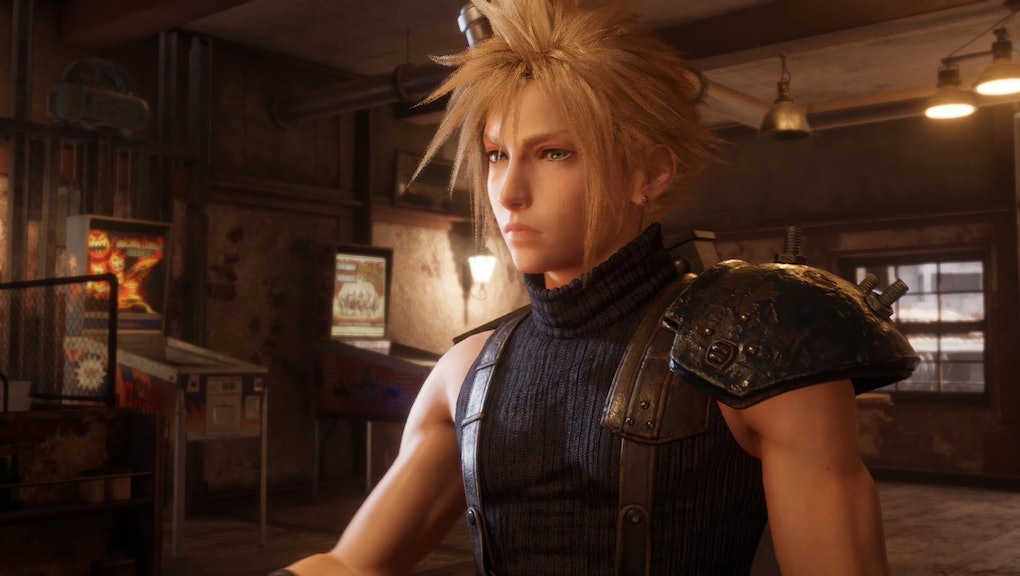 2020 video game releases to keep an eye out for, from 'Final Fantasy VII Remake' to 'Cyberpunk 2077'

When it comes to video games, fans have truly been spoiled. The whole of 2019 was a fantastic year for new releases, including titles like Death Stranding, Resident Evil 2, and Disco Elysium, considered best-in-class for their respective platforms. That's why it's hard to believe that 2020 could be an even bigger banner year for video games, but that's the direction it's quickly heading in. Despite some delays, heavy-hitters like Final Fantasy VII Remake and Cyberpunk 2077 are still projected for 2020 debuts, which means there's an even bigger avalanche of titles to look forward to this year. Whether you're looking to set off on an epic role-playing adventure or you're ready to dive into a nuanced, cyberpunk world like an even more advanced Blade Runner, there's a game headed to store shelves this year that should please just about anyone. These are some of the most anticipated video games of 2020.

It's been 13 years since there was a new game released under the Half-Life umbrella, but it's finally happening this year with Half-Life: Alyx. This VR-only first-person shooter takes place before the events of Half-Life 2, and lets players step into the shoes of Alyx Vance, a pivotal character from the Half-Life series. Alyx fights alongside her father Eli as they work to push the impending threat of the alien Combine invasion. It will combine shooting elements with first-person puzzles, physics-based exploration, and that very same Half-Life flavor players know and love, all centered around Alyx. It's currently unknown whether this title could spark some sort of renaissance for the Half-Life name, but it's certainly fans' hope that it could herald the fabled Half-Life 3, at long last, to continue the series that stopped short in 2007 with Half-Life 2: Episode 2.

It's far too easy to burn through an entire afternoon in one setting when sitting down and playing through a new island in Animal Crossing. When it comes to Animal Crossing: New Horizons, it's going to be the same show all over again, as players will set off to hang out at a deserted island courtesy of the nefarious Tom Nook, who's all too happy to lend a few Bells (money) to get started. There's a whole new set of fashion for the animal villagers to rock, an in-depth crafting system, plenty of new creatures to chat with, and a ton of new ways to live out your island life fantasies with the critters that call the location their home. It's about time to get lost in Animal Crossing once more, and it'll be especially easy now that it's coming to Nintendo Switch.

Doom Eternal, id Software's fifth main title in the classic first-person shooter series Doom, is going to make a splash later this year when it brings its unique brand of action to consoles and PC. You'll get to become the Doom Slayer once more as you take on hordes of demons as they've taken over the Earth for their own. Your only recourse? You're going to rip and tear, of course, using the Super Shotgun, Rocket Launcher, Plasma Rifle, and yes, you know it and love it, the BFG 9000. It's certainly not for the faint of heart, but for action junkies who live for the thrill of dominating in twitch shooting games, it should provide hours of bloody, gory entertainment. It looks to be an improvement on the original 2016 Doom reboot in every way, and that's truly saying something. You'll probably never want to revisit the '90s mainstays again if Doom Eternal does its job correctly.

Persona 5 is, by far, one of the best RPGs the PlayStation 4 has going for it. This offshoot of the Shin Megami Tensei series practically oozed style in its first incarnation, combining aesthetically-pleasing visual elements with satisfying combat and a thrilling story. Now, the Phantom Thieves are returning for more stylish, RPG goodness with an enhanced version called Persona 5 Royal. It's set to introduce a new character, a new semester of school and a new area to explore, and more story to take in. If you skipped out on Persona 5 when it made its dazzling debut, all of that new content means it's the perfect time for you to jump on board now. And even if you played it so much you can nearly recite it from memory, there are plenty of new reasons to return, even if it's just to take in that ridiculously catchy victory music.

After the magnificent remake of Resident Evil 2 that Capcom debuted in 2019, players were hungry for more. Luckily, there wasn't a very long wait between Resident Evil 2's explosive debut and the confirmation that, yes, there was another modern take on Resident Evil coming down the pipeline. Resident Evil 3 is a remake of the third game in the series, Resident Evil 3: Nemesis, and it follows Jill Valentine as she escapes the onset of a zombie apocalypse in Raccoon City, all the while being chased by the indomitable, terrifying Nemesis. It's a slick new update to a classic horror series that looks like the pinnacle of what Resident Evil has to offer. Better stock up on supplies and get ready to face Nemesis — he looks like he means business this time.

Final Fantasy VII is one of the greatest RPGs of all time. It stands to reason, then, that Final Fantasy VII Remake could very well be a modern masterpiece. It's set to combine updated mechanics, gorgeous graphics, a remixed soundtrack, and an expanded story that newcomers and veterans alike will undoubtedly fall in love with – and this is just the first game with planned episodic installments. The first game will focus on rebel group AVALANCHE, with Cloud, Barret, Tifa, Jessie, Biggs, Wedge, and Aerith — and of course the nefarious Sephiroth following close behind. More than just a simple remake, it's meant to transform the Final Fantasy VII mythos into a much grander, more sweeping tale that's meant to do the original justice.

If you loved what developer CD Projekt RED did with The Witcher, you're going to lose it over what Cyberpunk 2077 is going to be capable of. This heavy-hitter is set to change the the way we think about role-playing games, from the way players will get to know other characters and interact with the massive world of Night City, and how the narrative will intersect with the way they wish to play as their own inhabitants of the dystopian future. The possibilities seem endless, and the game seems like an undertaking that should result in one of the last cutting-edge games we'll see in this console generation. And you can't forget Keanu Reeves’ addition to the game as he takes on the "cyberghost" character Johnny Silverhand – any game Keanu puts his stamp on has to be relentlessly cool, right? CD Projekt RED is intend on making Cyberpunk 2077 a breathtaking ride — like the motorcycle jaunts you can take in-game. Or like Keanu himself, like all those memes say.

There's already far too much on the horizon to play, and we're barely in February, on the precipice of additional game releases being announced. For now, these are the games you should keep on your radar. Be sure you grab a calendar and pencil them in, because these are the adventures players will be clamoring about by the end of the year, when it's time to look back and evaluate another 12 months of gaming – and we haven't even scratched the surface with the impending Xbox Series X and PlayStation 5