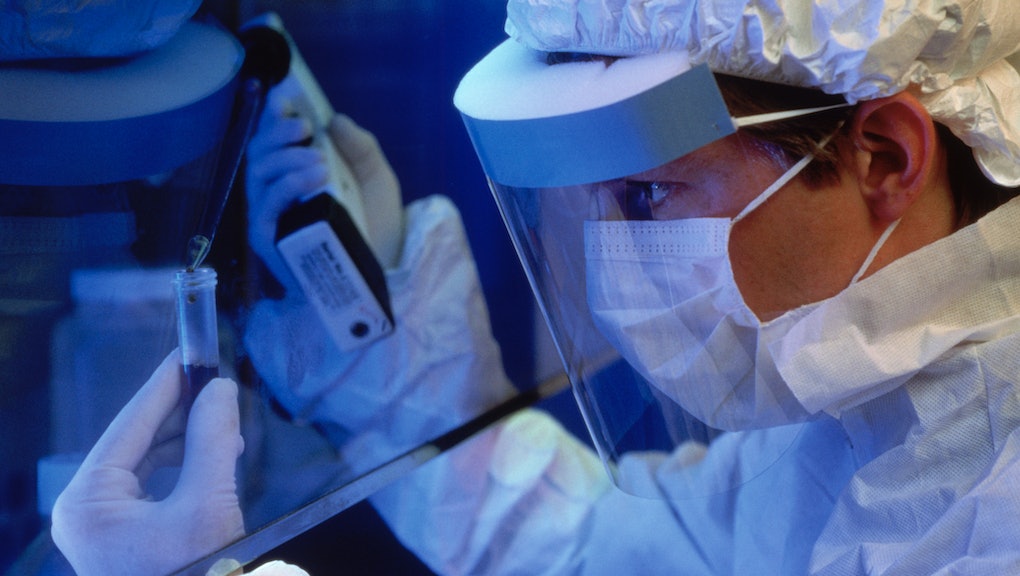 As my governor closes all the public schools and public libraries here in Seattle, I’m thinking about 1981 — the year when newspapers in New York and Los Angeles reported that a strange new virus was killing healthy young men.

As of March 15, Seattle had recorded 420 confirmed COVID-19 cases and 37 deaths. As a historian of 20th-century queer and trans politics, I know that’s nothing compared to the toll that HIV, the virus that causes AIDS, took on our city. But these are early days.

The U.S. made serious mistakes when the HIV virus and AIDS emerged. Those errors cost many lives. But our nation learned a few things, too.

HIV is very different from the novel coronavirus, in ways that could have made it easier to slow down. Since HIV is harder to transmit, and its incubation period is much longer, a swift response could have prevented many infections.

But the response was slow. It took health experts decades just to notice HIV. Studies have shown that HIV jumped from animals into humans sometime in the 1920s, and had already killed lots of people by 1981, but doctors thought those patients died of other things.

Even so, once HIV was recognized as a new infectious agent in 1981, fast action and massive investments in research would have saved lives. Instead, government officials sat on their hands. In 1982, White House Press Secretary Larry Speakes turned a reporter’s question about AIDS into a homophobic joke. It took four years to develop a blood test for HIV.

Early reports on what came to be known as AIDS incorrectly suggested that it was caused by homosexual sex. In fact, HIV is transmitted by all kinds of unprotected sex, both homosexual and heterosexual, as well as in blood products.

That fatal inaction flowed from the wrong-headed assumption that only some people got AIDS, and that those people didn’t really matter. Instead of major research efforts to develop a test and medications, there were inane suggestions for forced quarantine of gay men and an actual forced quarantine of Haitians.

After a slow start, things improved. By the 1990s, even before the development of today’s magic bullets – antiretroviral drugs, the preventative medication PREP and the post-exposure prophylaxis medication PEP – public health agencies were advocating ways to slow HIV transmission that also protected individuals, such as using condoms, getting tested and communicating with sexual partners. If only they had had those measures in 1982.

Novel coronavirus is already all over the globe too, but public health officials already have ways to prevent transmission. They are hammering home essential actions for slowing transmission: Wash your hands, stay home if you’re sick, cancel large events and restrict your activities if you’re over 60 or have health issues.

A new study currently under review shows people may be most likely to transmit novel coronavirus just after they get it and before they have symptoms. That’s like HIV, too. For the coronavirus, it means “social distancing” is important, even from people who don’t seem sick. Scientists are estimating that social distancing, including canceling big events and closing schools, plus widespread testing, could save hundreds of thousands of lives.

In the early years of HIV, discussion focused on “risk groups.” Even public health officials claimed that only gay men, Haitians or Haitian Americans, hemophiliacs, intravenous drug users and sex workers were at risk. Then straight, white, wealthy American women started dying too.

Today some Americans appear to believe that not everyone has to be cautious because not everyone will get seriously sick.

It’s true that older people and those of all ages with underlying health issues are at greater risk, and that pregnant women may also be. But if health care systems become overwhelmed, as has happened in Wuhan and Italy, anyone who needs medical care will be affected. And people who are sick from COVID-19 will do much worse.

‘Flattening the curve’ of an outbreak by slowing its transmission rate can prevent health care systems from becoming overwhelmed.

The HIV crisis also showed that the concept of “risk groups” is dangerous. When public health officials must take actions that are invasive and forceful, like quarantine or travel restrictions, they need to be based in real science and implemented transparently, without recycling prejudices against “risk groups.” Otherwise, quite rationally, people assume public health is biased and unscientific, and resist.

In the 1980s, gay activists debated whether to ask city health departments to close bath houses and sex clubs, while the U.S. Centers for Disease Control warned that they were spots where the risk of transmission was high because people met there for sex. Some gay activists called for the bath houses to close, to save lives.

But many gay people had the opposite reaction. Amid vitriolic homophobia and stigma around AIDS — people losing their jobs, family members barring gay relatives from their homes, lifetime quarantine for HIV-positive people — shuttering the bath houses sounded to them like a step down a slippery slope toward concentration camps. Gay communities resisted, and bath houses stayed open. In retrospect, to someone who studies gay politics and HIV, it’s shocking that New York City left its bath houses open until 1985.

Today racism has become attached to the novel coronavirus because the first reports of infection came from China. As the World Health Organization has pointed out, referring to it as “Wuhan virus” or “Chinese coronavirus” could lead people to hide their symptoms and avoid seeking health care. That will increase the risk for everyone. It is also misleading and stigmatizing, since it does not matter where the virus jumped from animals into humans, and the virus is not confined to any one country.

Investing in research and public health pays off

It took far too long for the U.S. to make HIV a public health priority, develop lifesaving drugs and deliver them to those who needed them. Partly because of that slow response, nearly 1 million people die of AIDS each year. Even today, not enough people who are HIV-positive have access to drugs.

But there is hope. After antiretroviral therapy for HIV debuted in 1996, and the wealthy world finally took major steps in 2004 to share these miracle drugs with the rest of the world, the story of HIV shows what science and public health can accomplish.

Especially in wealthy countries, substantial research funding and public action have converted AIDS from a devastating epidemic to a manageable chronic disease. And even for people who don’t live in wealthy countries, outcomes are much better than they were. Global deaths from AIDS had been cut by half by 2017.

Here is hope for a response to the novel coronavirus that’s smarter and faster.

This article was originally published on The Conversation by Laurie Marhoefer. Read the original article here.