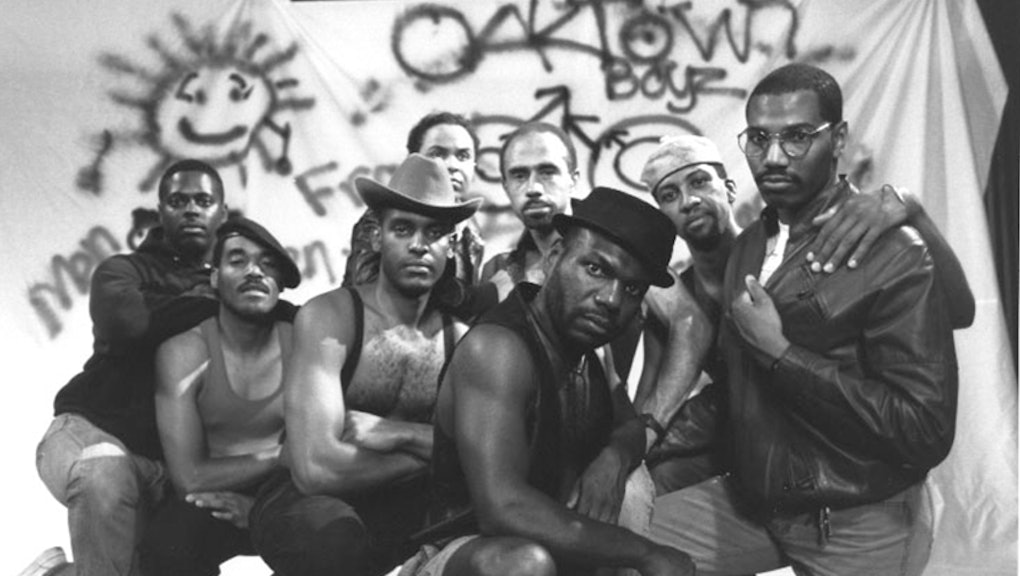 It’s Pride Month, which means, for some, vodka cranberries, gaudy Target merch, and wandering around for water beneath the scalding (but inclusive!) sun. Pride Month is also an opportunity to better get in touch with LGBTQ+ history and art, beyond new releases like the second season of Love, Victor or the gay character in Cruella. The Criterion Channel, the Criterion Collection’s streaming site that specializes in classic, art house, foreign, and independent cinema, has an exceptional library of LGBTQ+ related titles to watch this month, films that plumb the depths of questions about representation, as well as thornier interrogations in race, class, and gender. Through art, we’re able to not only see ourselves, but interrogate what representation means and what its possibilities are. These are still issues and questions we are addressing in the community today, and these films show us historical precedent to engaging with these ideas. Here are three titles you should check out, available to stream on the Criterion Channel.

The documentary filmmaker Robert Epstein has long been a legendary storyteller at the forefront of chronicling the lives and experiences of LGBTQ+ individuals in the United States, having contributed to the sprawling testimonial film Word is Out: Stories of Some of Our Lives in 1977. With The Times of Harvey Milk, the director set out to examine how gayness as an ethos of hope and resilience could extend itself into politics, profiling the political career of Harvey Milk, the first openly gay elected official in California and one of the first in the history of the United States. The film, featuring intimate interviews with those who knew Milk best, examines his rise from a neighborhood gay rights activist in San Francisco in the early 1970s to his rise as the “Mayor of Castro Street” to his campaign and his untimely assassination. The Times of Harvey Milk offers a window into a past where LGBTQ+ politics is a framework for fighting against marginalization and oppression. Though the film was produced after his death, it contains a great deal of footage featuring his infectious smile and his unwillingness to back down, all while working with a community of people that had not yet been recognized as worthy of equal rights. The film, and his presence in it, is a testament to the strength of solidarity and political activism.

A consummate multi-hyphenate creative, Marlon Riggs was unafraid of breaking taboos. Prodding at complex ideas regarding race and sexuality, while using a variety of formal techniques, Riggs assembled his essential nonfiction film Tongues Untied for public television, attempting to more thoroughly consider the inequity faced by Black queer men in society and particularly within the queer community. After his breakout documentary film Ethnic Notions (1985), he built upon some of those ideas to examine the contradictions of trying to find Black queer joy in a social, political, and cultural landscape that was/is virulently anti-Black. In the midst of the AIDS crisis, which disproportionately affected men of color, Riggs unraveled conventional narratives both around sexuality and race. Using a mix of rap and spoken word work from poets like Essex Hemphill, and combining personal testimony and the white images that proliferate within gay culture and pop culture, Riggs’ work peels back the paradox of finding self-love in a culture that that doesn’t think you deserve it.

Somewhere in Tokyo in the late 1960s, a queen is falling in love, a secret will be revealed, and she will soon meet her demise. Elsewhere a documentary is being made about the very film I just described, which also surveys the landscape of trans and queer people (called “gay boys” in the local lexicon) in the city’s gay bars. A thrilling and dizzyingly entertaining cornucopia of documentary, narrative cinema (it loosely retells Sophocles’ Oedipus Rex), and avant garde experimentalism, Funeral Parade of Roses is truly a film that broaches a trans cinematic language. Busting through the barriers of conventional cinema storytelling, its phantasmagoric and intoxicating style, blending techniques and approaches, radically reimagines what cinema can be and how it can be made. Plot points are carefully placed, with a greater importance placed on how these characters and people relate to their own conception of gender, contrasted with the social norms at the time. Rivalries aren’t just rivalries but a chance to explore subcultural tension between access to resources and what looks like love. An evident companion to work like The Queen (1968), which documents a drag pageant in New York, and Paris is Burning (1990), Jennie Livingston’s film exploring the Harlem drag scene. Like those films, Funeral Parade of Roses looks at gender, performan, and storytelling in a constellation of political context. But Funeral Parade of Roses tells a gonzo story of lust and revenge, letting queers be messy and melodramatic, too.

More like this
The history of the LGBTQ+ Pride flag, from the OG rainbow to Progress Pride
By Vanessa Taylor
What Carl Nassib's announcement that he's gay means for pro sports
By Kara Weisenstein
Billie Eilish doesn't have to answer to us about who she loves
By Kara Weisenstein
Stay up to date