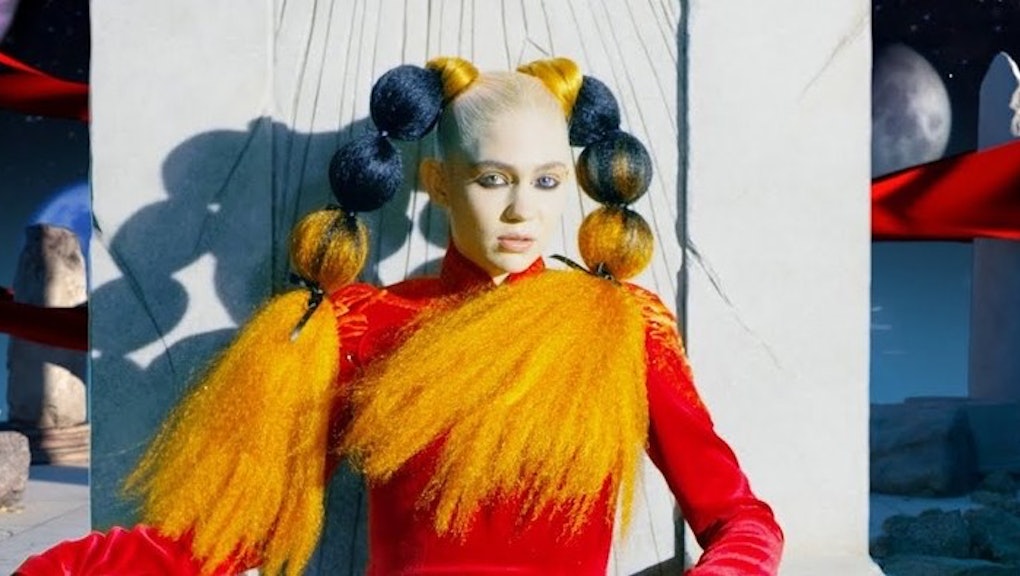 5 albums you need to listen to this week

There’s never going to be less music — each new week accumulating hundreds of new releases that will hopefully find more ears than an artist’s past work, or file into the digital dustbin by the time next week’s slate rolls around. More than other Fridays thus far in 2020, this new music lineup feels like it has a little something for everyone: Grimes’ long-awaited return, the first half of Moses Sumney’s genre-transcending opus, a new set for the BTS army, and so much more. Here’s the five new albums we expect to be discussed and enjoyed well past this release window:

The artist sometimes known as Claire Boucher (or maybe just c, who even knows) has taken her time following up 2015's instant classic Art Angels. As her profile’s risen for reasons largely outside of music, she’s slowly unveiled the singles on her latest album, first sharing the Hana-featuring “We Appreciate Power” back in 2018. Her firm grasp on navigating kitschy genres to be something uniquely her own is intact, as is her slippery approach to narrative (“a concept album about the anthropomorphic goddess of climate change”) and satirical marketing. Anyway, good stuff.

It's hard to assess just one half of an album, but Moses Sumney's inviting just that by releasing part one of his sprawling double album græ today. With its second half due out on May 15, there will be ample time to sit with his generational, shape-shifting voice. Part one contains three of the advance singles, "Cut Me," "Polly," and "Virile."

You either love it or you don’t — King Krule’s full-bodied groans and howls call for a taste that I'm still working to acquire. A lot of people are into it, though! His star rose significantly with 2017’s The Ooz, an album with often undeniable jazzy trip-hop compositions that worked best in understated lulls. If the singles are any indication, this is a similarly brooding, polarizing effort.

Kamaiyah — Got It Made

Oakland MC Kamaiyah’s had a tough run of the major label circuit, setback by a number of delays and false starts. Her breakthrough mixtape A Good Night in the Ghetto was infectious and vibrant, the kind of optimism that never felt cloying. Although her debut LP hasn't technically materialized yet — another short tape, Before I Wake, dropped in 2017 — these quick releases still sound like little else that's happening in hip-hop right now and cut right to her strengths.

BTS, one of the biggest bands in the world, is back less than a year after their last release. MAP OF THE SOUL: 7 features a number of tracks also included on last year's MAP OF THE SOUL: PERSONA, plus a streaming-friendly tracklist stretching out to 20 songs. The new tracks are light on collaborators, save for a digital-only version of the single "ON" that features Sia. After conquering the Grammys during Lil Nas X's "Old Town Road" performance last month, they're poised to keep on growing the army.

More like this
How “stoopers” turned New York City sidewalks into trendy, sustainable thrift shops
By Jasmine Vojdani
T-Pain just realized he accidentally swerved hundreds of celebs
By Kara Weisenstein
'Paddington 2' has officially ousted 'Citizen Kane' as the greatest film of all time
By Kara Weisenstein
Stay up to date