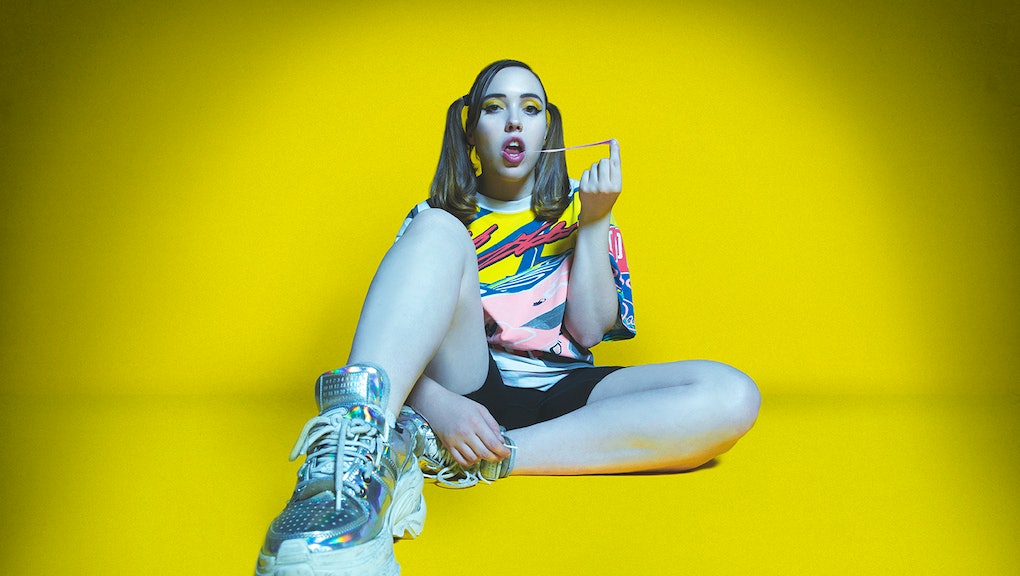 5 albums you need to listen to this week

Another week, another batch of new music. Although the biggest release today is Lady Gaga’s new song and video for “Stupid Love,” we’re talking about full lengths and EPs. The slate includes a pair of indie rockers who Bernie Sanders has thanked for playing his rallies, a promising new hip-hop star, an established international superstar, and a surprise EP from one of the most interesting pop artists going. Let’s get into it:

“Let me thank Soccah Mommy for the music,” as Sanders said earlier this week in Texas. A few more will be thanking them for the music with color theory, the second proper studio album from the band. Sophie Allison’s come a long way from the early bedroom recordings, taking full advantage of a consistent lineup and heightened budget. Clean tapped into a distinct knack for pop songcraft and sharp turn-of-phrase, that’s maybe only improved on standouts like “bloodstream” and “circle the drain.” After tours opening for Kacey Musgraves and Liz Phair, they’re poised to reach more than ever before.

“Let me thank the uh, Ratboys for their music.” You get the idea. The Chicago indie rock duo officially expanded out to their touring foursome for Printer’s Devil, and leveled up significantly as a result. Their signature “post-country” gains some extra punch on standout tracks like “Anj” and “Alien With a Sleep Mask On,” but those moments of hushed vulnerability are still intact on songs like “My Hands Grow.” This is a loose, comfortable band with immediately recognizable chemistry, for anyone who likes Big Thief at their loudest or any Wilco album ever.

21 Savage’s cousin is closer to claiming a bit more of the spotlight. Young Nudy, long considered a reliable sidekick, released his first proper full length this Tuesday. Anyways, which clocks in at 16 tracks and nearly an hour, is a strong testament to his charisma and unmatched shit-talking over big, pulsating production. This follows Sli’merre, his joint tape with Pi’erre Bourne, from last year.

Héloïse Adelaïde Letissier, the French mastermind behind Christine and the Queens, is forever finding new ways to surprise us. After collaborating on the instant classic "Gone" with Charli XCX last year, she's back with a new EP and short film. La vita nuova features a number of dizzying synth pop labyrinths including the title track collaboration with Caroline Polachek and the previously released "People, i've been sad." It's more than an adequate bridge between 2018's Chris and whatever's coming next.

If not a true surprise release, Bad Bunny’s delivering an incredibly short notice release Saturday at midnight. On The Tonight Show last night, he unveiled details for the much-anticipated new album, YHLQMDLG, which apparently clocks in at 20 tracks. He performed one of those, “Ignorantes,” with Sech and The Roots on Fallon last night. Following a triumphant appearance at J. Lo and Shakira’s halftime show, it’s hard to imagine how much more his star can rise, but he’ll find a way.

More like this
“Exhilarating, joyful, and of course pretty scary": Musicians on the pressures of returning to the stage
By Kelly McClure
'Starstruck' will melt your icy heart and make you believe in love again
By Kara Weisenstein
10 sports documentaries to get you fired up ahead of the Olympics
By Emma Sarran Webster
Stay up to date