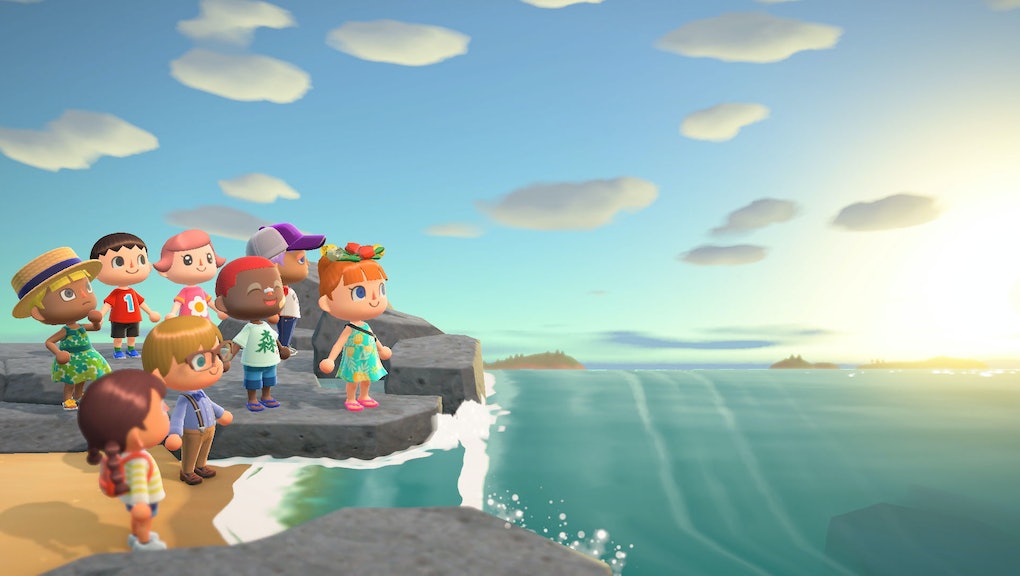 5 ways 'Animal Crossing: New Horizons' will be different from the original

Nintendo's animal-laden life simulator Animal Crossing is back in a big way. Animal Crossing: New Horizons is the first core game in the series since 2012's New Leaf, bringing players back to the core of this nearly 20-year-old franchise. The series-first Nintendo Switch entry is looking to make a splash on the handheld-console hybrid, and as such that means taking a few familiar aspects of the game and putting a new spin on them.

That means there are a few very big changes in store, namely a lack of manual saves (and a lack of being berated by Resetti himself) as well as lots more customization options coming down the pipeline. If you're an Animal Crossing fan who's been around since the series' infancy back on GameCube, you'll be in for a world of new features. For anyone just jumping onto the bandwagon, there's plenty to enjoy here as well.

Resetti's now out of a job

In an interview with Mashable, Animal Crossing: New Horizons game director Aya Kyogoku announced that this entry will have an autosave feature. In every other entry, you've needed to save manually. If you didn't save and turned off your system and then back on again, you'd be hounded by Mr. Resetti to, well, not do that anymore. As one of the Reset Surveillance Center's most important employees, Resetti's job was to make sure you didn't try to cheat the system by turning off the game and avoiding any sort of mistakes you may have made.

These techniques can be part of a way to cheat the system in games called "save scumming," so you can simply stop playing and avoid any frustrations caused by things you may not have meant to do. Since you can just stop playing and let the game save on its own now, it appears that Mr. Resetti is going to have to go into retirement. He deserves it after his past 18 years of service.

You can customize your house in plenty of new ways

In previous Animal Crossing games, you've always been able to upgrade your home to a larger size, but in the latest New Horizons trailer, it appears that you can do much more than that to your humble abode. You can add benches, water heaters, start up fires to do some cooking, place items on top of other items, decorate your furniture, and even hang up clothes on clotheslines. All of these customization options go a long way when it comes to making your house feel like a home, and this is easily the most you've been able to do with your in-game home since the birth of the Animal Crossing series.

Create your own items with a DIY crafting system

In previous Animal Crossing titles, there were some items you weren't able to purchase or obtain outside of certain events or seasons. This made it difficult to get some items, mostly due to the fact that they were out of your price range or you forgot to grab them. This new game will feature a crafting system that breaks down the items you want into raw materials. This means you could potentially pick up components of an item you want to purchase and make it yourself rather than waiting for it to come up in the wild or in the shops. You'll still be locked into waiting for the right season to come around, but you can craft goodies at your own pace.

If you don't have enough materials of your own, that won't be a concern, either. You can simply work with the other animals in your town to grab what you need. You can involve your friends from the real world, too, which means you can share things as a community to essentially build up your town.

Full character customization from the beginning

Previously, players have been privy to the whims of the game when it comes to customizing their Animal Crossing villagers. Now, in New Horizons, game director Aya Kyogoku says that players will be able to change up their characters to their liking from the very start. Villagers' facial features, hair colors, hair styles, eye colors, and overall style will not be gendered, so you can select from a wide pool of "parts" with which you can build your ideal character. If you want to look different later on in the game, you can change your appearance at any time as well. This is far more fluid than previous Animal Crossing games, and it should make identifying as your character feel a lot simpler this time around. A character editor seems like a simple addition, but it will undoubtedly mean a lot for anyone looking to make an animal villager who at least somehow looks like them.

You can start earning Nook Miles

All Animal Crossing fans know Tom Nook as the character who you're automatically indebted to when you begin the game. He "loans" you some bells, the game's version of currency, to get a place on the island, you owe him forever. Or at least that's what it feels like. But now it looks like Nook and his clan have a new program meant to reward you. By traveling around the island and completing various activities, you can earn a new currency called "Nook Miles." These "miles" can be used like bells, but can be also used to exchange for other types of items in-game.

Can't wait to see all of these features for yourself? You'll have to wait until Animal Crossing: New Horizons launches as a Nintendo Switch exclusive on March 20, 2020.