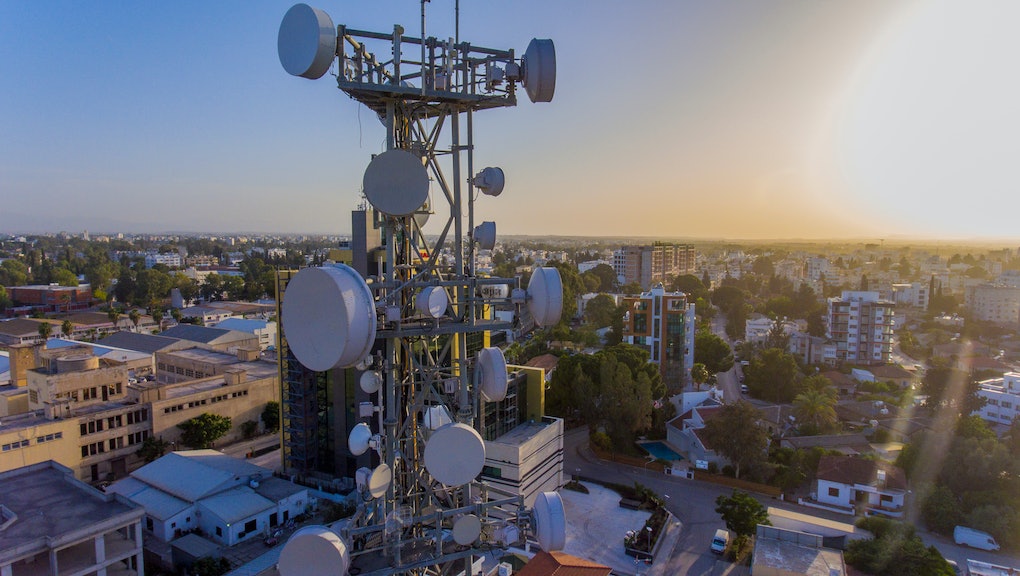 5G technology isn’t dangerous, so why do people think it is?

The introduction of 5G technology feels imminent at this point. Mobile service providers are starting to roll out the technology in cities across the United States, introducing higher download speeds for the average person and laying the foundation for technology that may prove essential for innovations like self-driving cars. As there is with any new technology, there are 5G skeptics, though for a significant portion of them, it's not that they don't believe in the technology — it's about whether 5G technology is actually safe for humans to use.

Where did fears about 5G come from?

Concerns over 5G's potential health risks stem primarily from the telecommunications technologies that will be used to enable these new, high-speed networks. Like basically all cellular communications before it, 5G will utilize radio waves to carry information. What makes 5G different is that it will use higher frequency wavelength, called millimeter wavelengths or mmWave, to shift much of the data being transmitted by phones to faster, less congested radio bands. Among some people, this has raised alarm bells because of radiofrequency radiation (RF), a byproduct of our cellular communications. These concerns have persisted since cell phones were first introduced and have flared back up with the introduction of 5G because of fears that the higher frequency spectrum might carry greater levels of radiation and pose a health risk to those near 5G towers.

Concerns over 5G have, in some cases, bubbled over from reasonable requests to further test the safety of high-frequency spectrum on humans to insistence that the technology is not safe and may have devastating effects like causing cancer or brain tumors. Some of these worries can be related back to a graph published by physicist Bill Curry in 2000 that purported to show an increased level in tissue damage correlated to the rising frequency of radio waves. What Curry's chart failed to account for at the time was the shielding capability of human skin, which prevents those waves from ever penetrating our bodies and reaching tissues that could be damaged. Other worries associated with 5G can be attributed to deliberate misinformation. Earlier this year, the New York Times highlighted how Russia has been intentionally spreading fear-mongering stories about the technology — a tactic that has been successful enough to elevate concerns to some national media like Tucker Carlson.

What the science actually says

Some of this fear is understandable. When terms like radiation come up, it's well within reason for people to become suspicious. But it's worth noting that not all radiation is the same. While you may be thinking nuclear reactors, the types of radiation that we interact with from radio waves are typically much lower frequencies and non-ionizing. That means that they won't damage you the way ionizing radiation would, and that level of radiation doesn't start to appear you get to wavelengths above ultraviolet light — think x-rays or gamma rays. So, while it is true that cell phones use radiofrequency radiation to send signals, it does not fall under the spectrum of radiation known to be harmful to humans.

While it's unlikely the RF radiation is doing significant damage to us in the short-term, it's worth noting that the long-term effects of smartphone use and extended exposure to that radiation is not fully understood yet. The United States Centers for Disease Control and Prevention noted that there is "no scientific evidence that provides a definite answer" to whether cell phones are linked to cancer or other harmful outcomes in humans. A number of health organizations have approached categorizing phones as something worth taking caution with. The World Health Agency's (WHO) International Agency for Research on Cancer (IARC) classified RF radiation as a “possible human carcinogen,” or an agent that might cause cancer. However, this designation is pretty broad. The IARC classifies pickled vegetables, aloe vera, and working as a carpenter or dry cleaner in the same category as RF radiation. Still, phones have earned this status because we just don't know a ton about how much ongoing exposure effects us.

One study that some like to point to suggest that RF radiation may damage the body over the long-term is a study conducted by the U.S. National Toxicology Program (NTP). As part of a ten-year study, researchers exposed rats and mice to the same radiofrequency radiation that we interact with from our phones. The rats faced about 9 hours of exposure per day, seven days per week, over the course of their lives. The result found that some of the test animals did exhibit tumors. However, the radiation levels used on those rats over the course of the study were exponentially higher than the ones that are allowed to be used in cell phones. Some received as high as 15 Watts of radiation absorbed per kilogram of tissue, or 15W/kg. The Federal Communications Commission (FCC) limits RF radiation to 1.6W/kg, a considerably lower level of exposure. It also happens to be one of the strictest limits in the world.

In advance of 5G rollouts from major carriers, the FCC made efforts to review the radiofrequency emissions levels to ensure that they are safe. The government agency determined that no additional restrictions would be required. The Food And Drug Administration, which has a vested interest in protecting the public from exposure to dangerous carcinogens, has also stated that the current limits placed on RF radiation is sufficient. "The current safety limits for cellphone radiofrequency energy exposure remain acceptable for protecting the public health,” the agency said last year.

There's nothing wrong with a healthy level of skepticism when it comes to new technologies. While everything that we know about cell phones and RF radiation suggest that at the very least it isn't actively harming us in the short-term, there is still plenty of research to be done on the effects of ongoing exposure over the full course of our lives. It's reasonable to expect regulators and experts to do due diligence on the technology before introducing it to the public without a full understanding of its potential impact. However, there is a difference between caution and outright fear. Using 5G technology or being exposed to RF radiation does not mean that you will have a higher risk of developing cancer or tumors. There isn't evidence to suggest that is the case. By all accounts, the technology is at the very least safe enough to use.