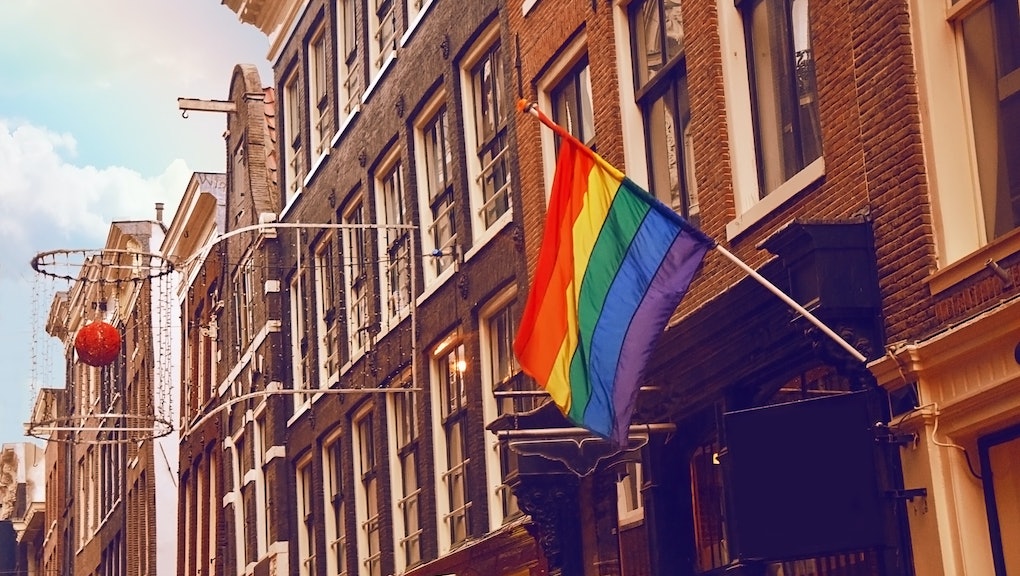 On June 24, 2016, President Obama declared The Stonewall Inn a national monument, nearly five decades after the Stonewall Uprising of June 1969. In doing so, the famed New York City bar became the first LGBTQ-focused national landmark in America. "I believe our national parks should reflect the full story of our country, the richness and diversity and uniquely American spirit that has always defined us," Obama said in a White House statement at the time. "That we are stronger together. That out of many, we are one.” Now, New York City preservationists are following in the president's footsteps, putting six historic LGBTQ sites up for official landmark protection status this May.

While LGBTQ people have undeniably characterized American history, from Stonewall activist Marsha P Johnson to California politician Harvey Milk to First Lady Eleanor Roosevelt, The Stonewall Inn is currently the only official national monument celebrating the LGBTQ community. With no others seemingly in the queue, it's up to historians and city committees to protect queer heritage, as NYC is trying to do. The city already gave Stonewall landmark status in 2015 (separate from its national designation a year later), and this month, six more sites — the Lesbian Gay Bisexual and Transgender Community Center and Caffe Cino, both in the West Village; the James Baldwin Residence on the Upper West Side; the Women’s Liberation Center in Chelsea; the Gay Activists Alliance Firehouse in SoHo; and the Audre Lorde Residence on Staten Island — will be reviewed by New York's Landmarks Preservation Commission for consideration.

Landmark status, as well as national monument status, is essential in preserving history, as it keeps the space from being torn down or replaced. When a building is landmarked, it allows future generations to viscerally understand the place where major events happened, and see the historic and cultural contributions left on society by individuals before them. This designation is especially important for places influential in shaping civil rights, as many LGBTQ activists and events are often not written about in textbooks or major media. Landmarking queer spaces not only protects the buildings, but informs the world about LGBTQ history and legacy they might otherwise never know about.

Recently, New York has pushed for more focus on its queer history, with the NYC LGBT Historic Sites Project, a scholarly effort to record and preserve history of buildings relevant to LGBTQ history and culture, finding over 100 sites that deserve preservation. The organization believes these venues should be protected either by NYC itself or the United States government, and it's pushed for an increase in LGBTQ representation on the National Register of Historic Places, i.e. the service that determines national monuments. To date, the National Park Service has noted 25 sites with prominent contributions to the nation's LGBTQ heritage, though it's unknown yet if any are actually likely to become monuments.

Across America, several major cities are home to LGBTQ memorials, like St. Louis' Transgender Memorial Garden, San Francisco's Pink Triangle Park, and Indianapolis' AIDS Memorial, but efforts to preserve other relics of LGBTQ history — including both monuments and museums — around the country are still quite rare. This is unfortunately no surprise, as queer history has been systematically devalued and ignored in America for generations.

Yet organizations like the NYC LGBT Historic Sites Project, as well as the Velvet Foundation (which has been trying to fund America's first National LGBT Museum since 2007), the Los Angeles Conservancy, and the Rainbow Heritage Network, are working to keep queer history alive. In New York, public hearings and a vote are required to officially landmark sites, and so on Tuesday, May 21, the city’s Landmarks Preservation Commission will decide if they'll move forward with the process for the six sites up for the status.

Without protection, these historic LGBTQ places, like too many sites before them (including NYC's Paradise Garage, an organizing space pivotal to the aftermath of Stonewall), may get torn down and forgotten by the masses, their history and legacy erased.

More like this
A Philly foster agency can continue discriminating against LGBTQ families, SCOTUS rules
By Rafi Schwartz
The history of the LGBTQ+ Pride flag, from the OG rainbow to Progress Pride
By Vanessa Taylor
The Biden administration just re-extended federal protections to trans students
By Rafi Schwartz
Stay up to date