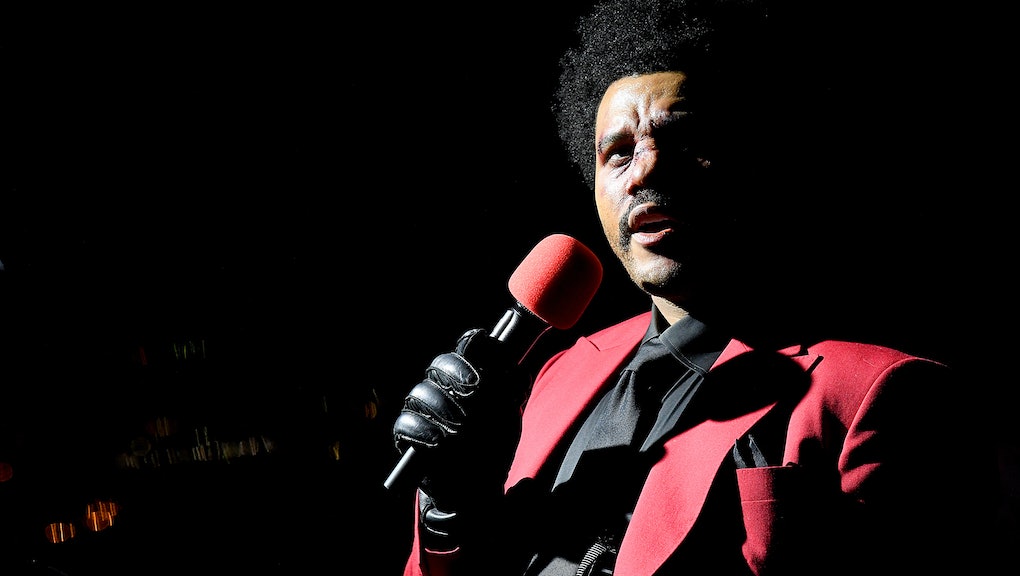 6 surprises and snubs from the Grammy nominations

The Grammys typically have the courtesy to wait until the broadcast for their most stunning choices, but this year continues to be an exception. On Tuesday, the Recording Academy revealed its nominees for the 63rd annual Grammy Awards, scheduled for January 31. The headliners don’t present anything too out of the ordinary. Beyoncé led all nominees with nine, on an off-album year, then Taylor Swift, Dua Lipa, and Roddy Ricch followed with six apiece. But it’s everything else — the snubs, omissions, and outright bizarre choices for some of the top categories — that stole the thunder.

They were announced on an at-home livestream with a few strange moments of its own. Grammy nominees Dua Lipa and Megan Thee Stallion were on hand to announce nominations, after their own categories were already revealed. And then, interim Recording Academy president Harvey Mason Jr. hopped on the stream to congratulate them as if he was telling them about their nods for the first time? Anyway, let’s get into some of the biggest Grammy shocks, shall we.

Before you had time to process what wasn’t getting nominated for Album of the Year — Fiona Apple’s critical darling Fetch the Bolt Cutters, The Weeknd’s blockbuster After Hours, Lady Gaga’s Chromatica — there were those head-spinning inclusions. You have the Austin psychedelic duo Black Pumas, nominated for the deluxe edition of a July 2019 album — which squeezed them in the eligibility window for a Best New Artist nod at the last Grammys. It's one of the most craven double-dips in recent memory. There’s Jacob Collier, the plant-iest of industry plants and Quincy Jones prodigy. Coldplay’s Everyday Life turned heads, which, full disclosure, is probably their best album in a decade despite not making a dent on the charts or any other Grammy categories. No disrespect to Jhené Aiko, but you'd think someone like The Weeknd or Bob Dylan would get the edge. Reactions ranged from huh, pretty bizarre stuff, to the more conspiratorial — I’m willing to entertain both for such a puzzling group of albums.

The Weeknd is completely shut out

When a beloved pop artist reigns the charts for most of the year, en route to a Super Bowl Halftime Show, you’d usually expect the Grammys to fall in line. Not the case for The Weeknd, who was remarkably shut out from every category at the big awards. What happened here? Well, if you go by this interview with Mason, the Weeknd wasn’t omitted for a lack of submitting. To throw some loose speculation into the fire, maybe Abel Tesfaye calling out the Big Four for profiteering off of Black artists this summer ruffled the wrong feathers? He’s been critical of the Recording Academy itself for their classification of Black artists, but was always something of a Grammy darling in past ceremonies. It’s baffling!

Guys who complain about the death of real rap were salivating over this category, which was content to relegate some of the most popular hip-hop artists to secondary categories. Two of the biggest rap albums of the year — Lil Uzi Vert’s Eternal Atake and Lil Baby’s My Turn — were nowhere to be found, along with posthumous releases from Mac Miller, Juice WRLD, and Pop Smoke. Instead, they gave a late-career nod to Nas, of all people, and Royce Da 5’9”. In any case, Freddie Gibbs and the Alchemist’s Alfredo earned a deserving spot and ought to run away with it, and a win for Jay Electronica’s A Written Testimony wouldn’t hurt either. Still not sure who D Smoke is — apparently he won a Netflix rapping reality show, and in a year like this could wind up taking home the prize.

For a category that’s only existed under its current name for 10 years, with one female-fronted winner, this was a surprise! A truly historic state of nominations, this was the first time a rock category at the Grammys exclusively featured women. Quibble if you must with something like Fiona Apple’s “Shameika” being in there — it definitely rocks — but it’s one of the coolest things to come out of the Grammys this year. Hardly an undeserving choice in the bunch, but it has to be either “Shameika” or Big Thief’s “Not,” two absolute career highlights.

One of the longest running Grammy bits is nominating a beloved musician for Best New Artist several years after their debut. This time, it’s Kaytranada landing in the category seven years and two studio albums later. He’s joined by some worthy competition, like Megan Thee Stallion and Phoebe Bridgers off their starmaking years, and well...there’s that D Smoke again. The real head-scratcher was Noah Cyrus, the undistinguished younger sibling who’s been hovering around for the past four years with little palpable cultural footprint to show for it. With the category expanded out to eight slots, where so many deserving new artists could seize the boost, it’s an egregious pick.

You can never predict which years the Grammys will throw its biggest pop stars a bone. After lending Billie Eilish a sweep at the 2020 ceremony, this year’s big four categories are a bit lighter on what seemed like sure things. Harry Styles, Lady Gaga, and BTS are all relegated to genre categories. Post Malone’s most overtly pop effort yet was welcomed with open arms, Taylor Swift’s least conventional pop release in years made the cut, and The Weeknd was ignored outright. This is all probably leading up to Swift or Dua Lipa taking home the big prizes, with a side of Beyoncé to preserve normalcy, but man, it’s already a rocky road to get there.