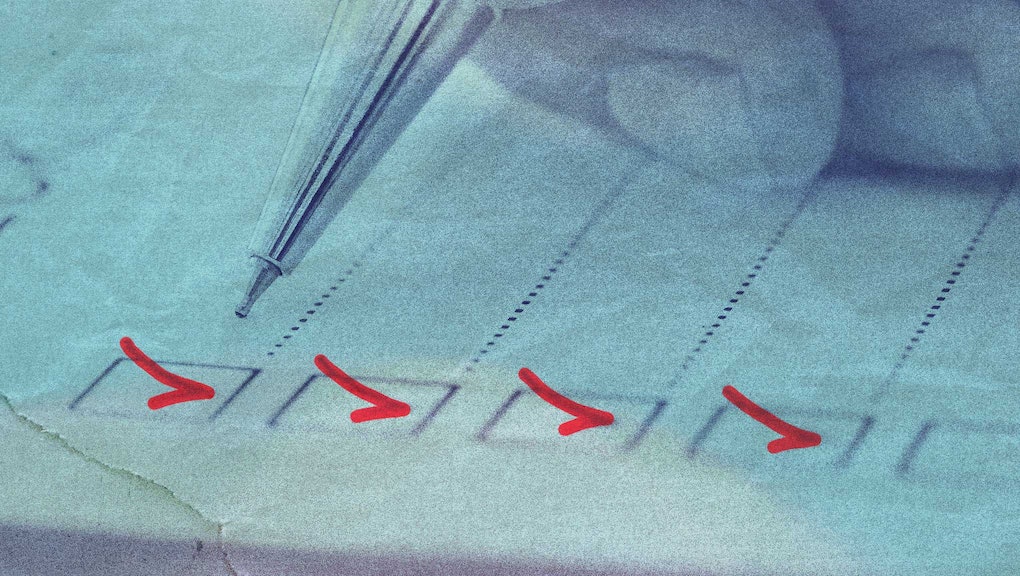 To-do lists can be an integral part of being more productive and getting things done on your terms. But it can be frustrating to carry around a notepad and pen, especially when you're on the go trying to cross off items on the list in the first place. Thankfully, there's a veritable smorgasbord of options when it comes to digital to-do list apps.

Productivity apps abound on both the App Store and Google Play Store, and that means there's a wide range of feature-rich to-do list apps and services out there that offer a tidy range of options to keep you on task, boosting your productivity through the roof.

So whether you're a faithful iOS or Android user, that matters not. There's a perfect to-do list out there for you for free, a couple of bucks, and everything in between. The goal is to get you motivated and ticking off check boxes like a champ, and that's what these apps will help you do.

You've got to start somewhere. If you're already using an iOS or Android-powered phone, you've already got an extremely basic app at your disposal. Both phone operating systems come packed with iOS and Mac's Reminders app, and Android has Tasks. They're simple to use and lightweight apps that let you create and mark off simple checklists with multiple items assigned to each task.

You can set a reminder to complete tasks with both apps, and color code the items that have yet to be completed. Unfortunately, that's about all they do. But if all you want is something decidedly barebones, they should fit the bill nicely – and you don't even have to download or pay for anything extra.

Sometimes, if you want to get things done, you have to trick yourself into doing them. Todoist is a simple app that works to gamify productivity, giving you lots of sweet "karma" points for finishing items. Karma doesn't really do anything, but it sure does feel good to rack it up, like points in a video game.

You can use Todoify as an integration with your favorite web browser, plug it into Gmail and Outlook, and review a whole week's worth of upcoming tasks if you so choose, with the ability to delegate tasks out to others if needed. Though the free version is surprisingly full-featured, the premium model adds templates, automatic backups, and location-based reminders for about $30 a year if you choose to pull the trigger.

Evernote is far more than just a to-do list. Think of it as a gigantic digital Trapper Keeper that lets you keep notes, reminders, voice memos, and plenty of lists in one safe place. You can even add Word documents, PDFs, images, and videos to your list. Your additions will sync on every device you have Evernote installed on, which makes this the perfect app for anyone who needs access to lists and other content across their phone, iPad, laptop, or whatever else they may happen to be using at the time.

There's a premium option for $8 per month that lets you save everything for offline access as well, password your "notebooks," and add extra storage to your account, but the free version is quite feature-rich already, especially if you're just looking to make a wide variety of lists.

Habitica takes the idea of turning getting things done into a game and runs with it, asking you to create a character when you first turn on the app. Instead of earning "karma" like with Todoist, you get your own adorable character who earns experience points in an RPG-styled minigame each time you complete a task. The more items you finish doing, the more experience you earn. You also get gold to spend on additional goodies to kit out your character.

But there's a flip side to this list that keeps you working to stay productive: if you don't finish the items on your list, your character will end up taking damage, and can eventually lose some of the power you've granted them with your productive powers. Best of all, it's totally free — and it gives the idea of "grinding" in gaming a totally different spin.

Don't let the Microsoft label scare you away - Microsoft To-Do is a simple-to-use to-do list that's easy to set up. It's nothing like navigating Microsoft Excel or figuring out how to use a new version of Windows. But if you're already a Windows user, you may find that its integration with the Microsoft ecosystem is helpful, as you can import tasks into other Microsoft applications and its look is quite similar overall to what the tech giant has already implemented on other apps. It's an attractive app and even features a smart suggestion tool that lets you add tasks to your list based on those you've completed in the past. If you dig the aesthetic and the simplicity of Microsoft To-Do, it's definitely a great choice.

Bear is a lot like Evernote in that you can write down just about anything you like within the app, but it also supports to-do lists. It's a minimalist and aesthetically pleasing take on the "traditional" list app, which lets you link notes and lists together within the app using hashtags.

It's only available for iOS users right now, with no Android version on the horizon, but for anyone on the platform looking for a stylish and accessible way to gather their thoughts, there's hardly a better option out there than Bear in terms of aesthetics and ease of use for list-making and note-taking. Plus, if you want to spend a little more cash, you can spring for the premium version for $15 a year to be able to sync across iOS-enabled devices.

With all of these useful to-do list apps at your disposal, you should transform into a lean, mean list-completing machine. The first step is getting organized, after all.