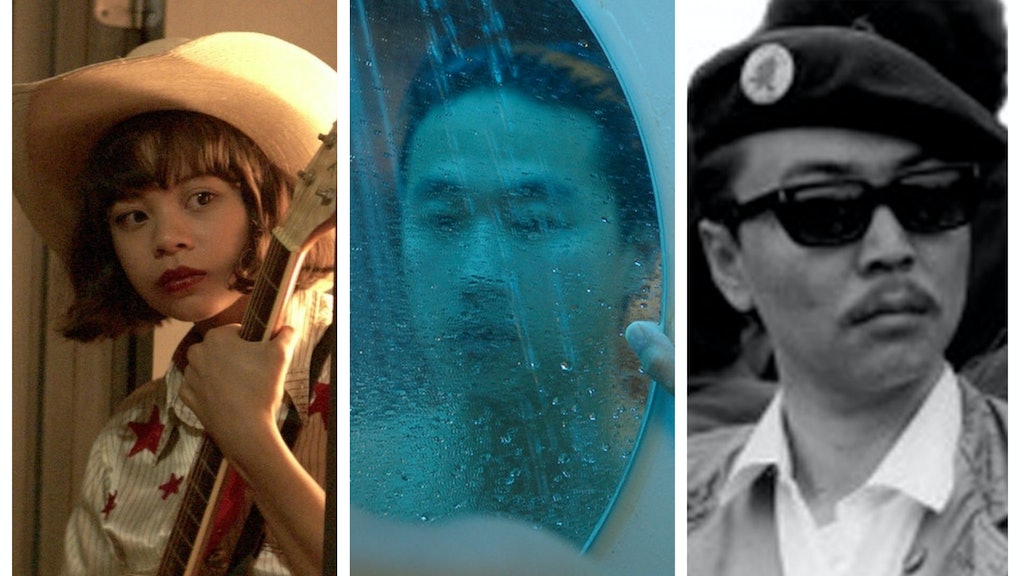 7 movies that show Asian American experience in its vastness

When I ask my friends what Asian American films and television shows exist, they have a hard time listing ones other the obvious: Joy Luck Club, Crazy Rich Asians, The Farewell, Fresh Off the Boat, and more recently, HBO’s House of Ho. I’ve spent the past week immersed in stories that span the range of Asian American experience, from queerness to country music, incarceration to solidarity with radical Black politics. Watching them affirms that Asian American experiences are joyful, varied, and as political and rich and vibrant as, well, any other culture’s. As Laila Lalami writes in her review of Matthew Salesses’s Craft in the Real World: Rethinking Fiction Writing and the Workshop: “The United States is a diverse country, but the people who produce its stories are not.” Salesses’s book is specifically focused on writing, but his guiding principle, to decenter whiteness as the default mode, applies to all forms of storytelling and its gatekeepers. In the case of Hollywood: producers, studio executives, screenwriters, and directors. Whose stories get told, and how?

While writing his novel, On Earth We’re Briefly Gorgeous, Ocean Vuong utilized kishōtenketsu, a four-act narrative structure in classical Japanese, Chinese, and Korean storytelling that employs proximity rather than conflict as a device. In other words, there is a reason why something started, hardship, a turning point, and a result — but not necessarily confrontation, climax, or resolution. Asian American narratives are often accused of being flat, not relatable, impersonal, of nothing happening. But these critiques are judged from a Eurocentric expectation that stories are supposed to adhere to a monocultural ideal. Salesses writes that narrative standards are shaped by accepted cultural preferences. What we need are more stories told from different points of view, with characters whose desires are shaped by their own histories, created by the very people who will, in two decades, make up the majority of this country. To wrest narrative from the binary right-or-wrong clutches that entrap us allows for “a new gaze, a new attribution to American identity.”

The experience of watching these films during a week filled with yet more violence and attacks against Asian Americans was indistinctly confusing. Here are our nuanced, valuable lives on one hand — and here we are being flattened (Filipino, Korean, Chinese, Japanese — it doesn’t matter), targeted for the way we look on the other. On Friday, my Chinese American friend was supposed to come over to watch Minari. But after a 36-year-old Asian man was stabbed on the street in Manhattan’s Chinatown (he’s currently in a medically induced coma and has lost a kidney to the injury), we decided that being out at night was too risky. We don’t feel safe anymore. So I watched Minari alone, sequestered in my apartment, laughing out loud and crying, feeling everything at once.

Andrew Ahn directs this coming-of-age film set in L.A.’s Koreatown, where David, an 18-year-old man has his first sexual encounter with another man. Between going to church and helping his parents at the restaurant they run, David struggles with expensive SAT prep classes paid for with his mother’s waitressing wages. When his father’s alcoholism tanks the family restaurant, David gets a job at a Korean men’s spa mopping floors. We watch him as he observes other men cruising and hooking up in the various rooms of the spa, slowly becoming aware of his own budding desires. (Spa Night has perhaps the hottest come-on line in all of film history: As David sits sweating in a sauna after work one night, he asks the man beside him, “Are you Korean?” The man nods. “Me too,” David says, before they get it on.) The failure of the American immigrant dream is doubly enforced by both generations in this unsentimental film about masculinity and identity.

Kumail Nanjiani writes and stars in this acclaimed comedy about a Pakistani American standup whose Muslim parents’ own arranged marriage serves as a model for their expectations of him. Culture, as they say, clashes when he begins dating Emily, a white American grad student. Yes, this is a story about an Asian American man who wants to date white girls and rejects the traditions of his Muslim Pakistani heritage (“I mean, that’s such a cliché,” his brother says), but that’s also of course fine: it’s a desire that many like him share. The best scenes are ones where Kumail visits his parents in the suburbs. An especially great refrain: his mother answering the doorbell to yet another eligible young Pakistani American woman for Kumail to consider for marriage. Soon, a box on his dresser fills with these women’s photos, which they bring in hand. A consistently hilarious film buoyed by Kumail’s standup sets and family jokes.

The immaculate Joan Chen (who played Josie Packard on Twin Peaks) plays a 48-year-old mother who manages to get pregnant, then refuses to reveal the father of her unborn baby. Meanwhile, her adult daughter, Wilhemina, a surgeon, begins a romance with her boss’ daughter Vivian, a promising ballet dancer. Their relationship deteriorates when Wilhemina refuses to come out to her mother, and Vivian moves to Paris to join a prestigious ballet company. A rollicking film about the perils of saving face, and finding one’s own truth.

In J. P. Chan's film, an estranged brother and sister travel from New York City to rural Pennsylvania to deal with their mother’s estate after she dies. When people around town recognize them as the Asian American children of their deceased mother, they ask, “Are you racially profiling me?” The discovery of a dick pic and racy photos of their mother on her computer compel the siblings to embark on some detective work to learn about their mother’s sex life. In its embrace of an Asian matriarch’s sexuality, A Picture of You allows women the freedom of full narrative complexity that is often denied.

Richard Aoki, the subject of this compelling documentary, spent his childhood in an Utah concentration camp for Japanese Americans during World War II. He settled in Oakland with his family after being released from the camp post-war and became a leader of the Black Panther Party. A model of Afro-Asian unity, Aoki was a civil rights activist who helped start Asian American studies at UC Berkeley in the ’60s. This documentary chronicles his life, filmed over the last five years before he died in 2009. Not mentioned in the documentary, which was released in 2009, is the controversy that Aoki was an FBI informant, which posthumously smeared his legacy. Professor Diane Fujimo, who wrote a biography on Aoki, claims that these allegations are a classic case of “snitch-jacketing,” an effective tool used by the FBI to manufacture evidence and render suspicion about activists to negate their work and reputation. Director Ben Wang, nevertheless, highlights Aoki’s influence on Asian American politics and history, the Asian American Political Alliance and its contribution to the Third World Liberation Front.

Sad ballads lend themselves to country music, songs about being lost and lonely, faraway love, feeling down and out. It makes sense, then, that Rose, the 17-year-old protagonist of Yellow Rose writes songs informed by her own life. An undocumented aspiring country singer, Rose, with her defiant bob, sets out on a peripatetic journey through the dusty streets around Austin, waitressing, selling merch at the Broken Spoke dance hall, cleaning rooms at a hotel. A twangy story of home and the various ways of making your own — a story of immigrant experience, and an American one.

What Asian American film roundup is complete without Minari, one of the most highly anticipated films of 2021? The dialogue is almost entirely in Korean with English subtitles. With patience and nuance, director Lee Isaac Chung shows the language of first-generation home life, which is what this semi-autobiographical film is about. A Korean family moves from California into a trailer home on 50 acres of land in Arkansas. Jacob (played by heartthrob Steven Yeun) is determined to grow vegetables on their land, but his wife Monica is less sure of their success, preferring to work in a chicken-sexing factory for steady wages. Monica’s foul-mouthed mother arrives from Korea to live with the family, vexing her bed-wetting grandson, David, with medicinal deer horn soup, which he must drink every day for his heart condition. David prefers to drink water from the mountains, otherwise known as Mountain Dew. When the well runs dry and illness strikes, the family is left with some tough decisions that push them to the limit. Bonus: abundant shots of Yeun tilling the fields, his expressive face as graceful and contemplative as the clouds gathering in the distance against the tangerine sky.