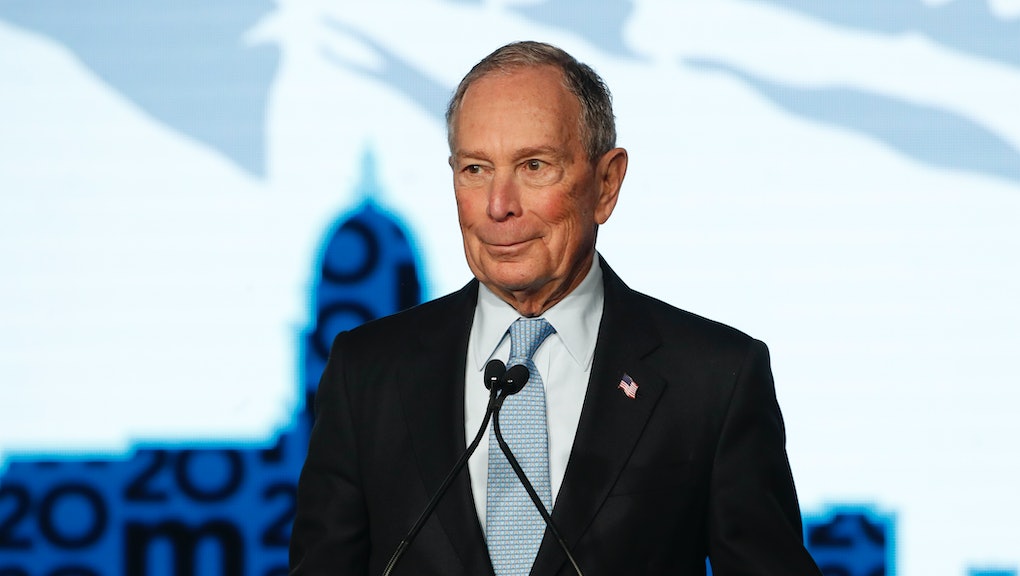 7 times Mike Bloomberg forgot how to be a human being

During Wednesday night's Democratic primary debate, former New York City Mayor Mike Bloomberg was eviscerated on stage for his record on everything from stop and frisk to his use of non-disclosure agreements in settlement cases for the 40 discrimination and harassment lawsuits filed against him by more than 60 women. But aside from his history of racist and sexist remarks, which has been reported on at length since his ascendence in the 2020 Democratic field, another troubling truth exists: Bloomberg is a very weird, very rich dude.

Bloomberg has pledged to spend up to $1 billion of his personal finances — barely 1% of his net worth, mind you — on securing the Democratic nomination, and his campaign has rolled out an online strategy that includes the prolific use of memes to attract younger voters. Little did Bloomberg know that his presence in the race would become the biggest meme of all. Here are eight cringey moments where the billionaire forgot how to be a normal human.

1. When he didn't know how to eat ice cream

In an attempt to make the mayor seem personable, his campaign tweeted a video of Bloomberg digging awkwardly into a pint of ice cream from trendy New York shop Big Gay Ice Cream. The clip looks more like poorly executed sponsored content — and has the added effect of making me both embarrassed for the ice cream and ashamed to be gay.

2. When he forgot how to pet a dog

You have to wonder what Bloomberg is trying to do here. Surely he has enough riches to buy some advice about how to address the canine caucus.

3. When he tried to kiss the introduction speaker at a rally

It's pretty common for men and women to kiss each other on the cheek as a greeting at political events, but given that we're not in France candidates know to go for the right cheek only. Things got a little awkward at this November campaign rally in Norfolk, Virginia, when the mayor went for the other cheek.

Having your social media team Photoshop your face onto a plate of meatballs in an attempt to introduce yourself as a presidential candidate is certainly one way to get your message out. Unfortunately, the resulting image shared by Bloomberg's team last month was just odd and quite frankly, a little gross. Considering that this tweet came from a man who apparently called a woman a "horse-faced lesbian," perhaps it's no surprise that he went for a "sauce-faced candidate" look.

5. When he made sexual comments about his daughter

It turns out that President Trump isn't the only rich New Yorker with a penchant for sexualizing his offspring. At a Boston College alumni dinner in 1999, Bloomberg bragged about his "tall and busty and blonde" daughter, and how he "got her dates in every city in China" when daughter accompanied father on a business trip to the country. His daughter was 16 years old at the time.

6. When he rolled his eyes at a woman, appearing to forget he was on national TV being grilled about his conduct toward women

Massachusetts Sen. Elizabeth Warren came out swinging against Bloomberg in Wednesday's debate, landing some tough blows when she discussed the number of former Bloomberg employees who were made to sign nondisclosure agreements. While Warren was hammering Bloomberg for his widely reported lack of respect for women, the mayor noticeably rolled his eyes — just before he said that the women had filed lawsuits because "maybe they didn't like a joke I told." Later in the night, he referred to Warren dismissively as "the senator to my left," prompting her to glare in his direction and remind him of her name: Elizabeth.

7. When he titled his memoir in the most confusing, narcissistic way possible