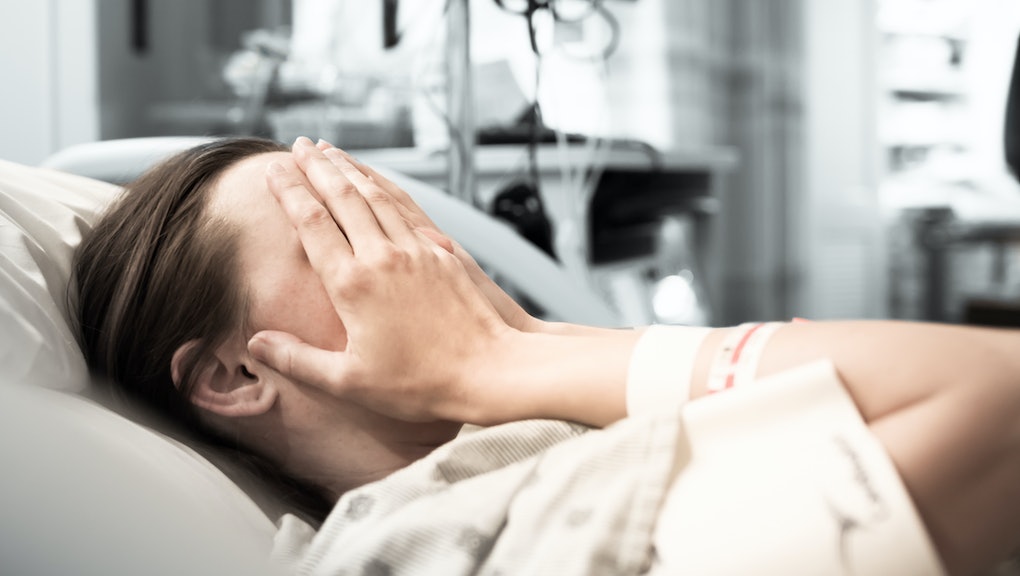 A recent report by the CDC has confirmed that approximately 700 American women die from pregnancy-related complications every year. (Note: The report does not make any distinctions between biology and gender and refers to all pregnant individuals as "women.") A majority of these deaths are preventable, stated the CDC, and calls for a reevaluation of current childbirth strategies to figure out why U.S. mothers are dying and how to prevent those deaths moving forward.

Researchers for the CDC's Pregnancy Mortality Surveillance System found that pregnancy-related deaths can happen for a number of reasons up to a year after babies are born. Being over 40 years old isn't necessarily a factor as most of the deaths happened to women between ages 20-39. The leading causes of death were varied as well, with the top causes being cardiovascular conditions, infection, and hemorrhage. The report indicated that 60 percent of these deaths are preventable with current healthcare technology and practices. Yet the mortality rate for new mothers is still higher than any other developed nation in the world, reported NPR, and the rate continues to rise. The BBC noted this puts the U.S. out of the current trend with childbirth mortality rates declining worldwide.

So why is this happening? The answer is complicated. The CDC report listed some factors including:

Emily Petersen, co-author of the report, explained what the rate variance among races could mean to The Washington Post. Although socioeconomic and accessibility factors could play a part, she said researchers don't believe it is the sole cause.

Dr. Alison Stuebe, of the University of North Carolina, offered another possible factor to The New York Post. “We as a society do a terrible job of taking care of mothers after the baby comes out,” she said. “It’s like the baby is the candy and the mama is the wrapper. Once the baby is out of the wrapper, the wrapper is tossed aside.”

The problems are many and the solution is just as complicated. The CDC recognized the multitude of factors, including racial bias and attitudes towards pregnant or postpartum women, that contribute to the number of mothers dying and insisted that "no single intervention is sufficient." Continuous study and research is necessary to improve women's health in general, reduce social inequalities that can effect a person's health, and ensure high-quality care for pregnant women. The CDC also recommended follow-up care for postpartum women who may be suffering from health problems without recognizing the symptoms.