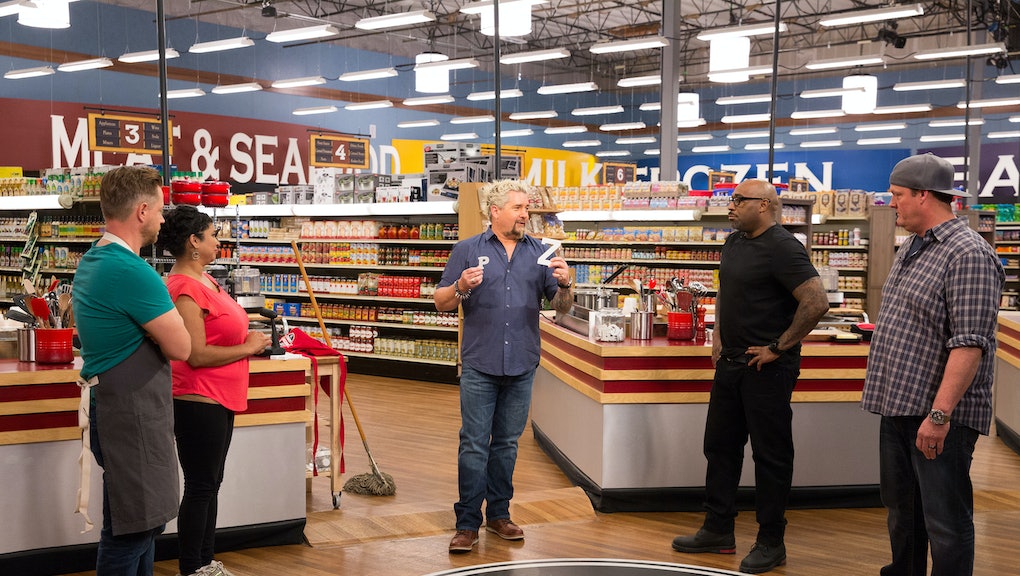 Finding it hard to get much of anything done today? Can’t think about anything besides the giant elephant in the room? Whether you’re traumatized by the 2016 election result, or deluded into thinking a President Joe Biden would abolish the suburbs, it’s hard to imagine someone at any point on the political spectrum feeling particularly good about what this election could bring. Worst of all, there’s little reason to believe that we’ll actually know who won by the end of Tuesday night! The unknowing — south of an unpleasant result itself — makes this especially hard to bear.

So with the chance of a long, slow resolution and subsequent litigation nightmare after election night, it’s important to pace yourself. Don’t mainline the cable news wackos until it’s absolutely necessary (and there’s a strong case to be made that it’s never necessary.) Instead, we recommend streaming any number of calming or mind-numbing shows to take your mind off the election.

When someone calls a show boring, it doesn't always have to be a pejorative. And boy, if there was ever a time for something boring! One of the most long-running and academic game shows of all time, Jeopardy! is endlessly streamable on Netflix and Hulu. Credit the calming energy to Alex Trebek, the show’s stoic, professional center. It’s been so remarkable to watch him keep on hosting the show nearly two years after his stage 4 pancreatic cancer diagnosis — in a pandemic, no less — but there’s comfort in knowing that hundreds of episodes he’s logged in the vault will be around to stream for many years to come.

I don’t know if soothing is really the right word for a Guy Fieri show, but he has a way of remarkably lifting the world’s stresses off your shoulders. Chopped used to be my cooking competition show of choice, but Guy’s Grocery Games just tops it in pure joie de vivre and mischief. He’s painted as a diabolical presence by the more seasoned contestants, who realize that a stray curveball from Guy can make this one of the more quietly challenging food shows. And with the return of Supermarket Sweep on ABC, there’s never been a better moment for dashing around the grocery store.

You could turn to something like ABC’s Wipeout or Floor Is Lava for the schadenfreude of smashed faces and bodies flopping into water, or you could just watch people who are dead serious about the whole enterprise mess it up! A true dark horse hate-watching contender, American Ninja Warrior has become a fixture for when times are tough. Ninja Warrior packs all the escapist thrills of live sports with a vast majority of participants exuding strong Dilly Dilly energy. It’s always impressive when they pull it off — and nauseating when NBC does that uplifting slow-motion effect after they ring the buzzer — but equally satisfying when they eat it after a long, inspirational pre-taped segment. I hate this stuff but I eat it up!!

Much has been written about this underwhelming season of Great British Bake Off, tasked with carrying its pleasant aura as a pandemic ravages the world just out of frame. If that show’s vibe and new co-host who looks like an adult baby have you down, might I suggest Netflix’s American Barbecue Showdown. Filmed before the pandemic, this intoxicating new show adopts Bake Off’s formula — two sometimes superfluous hosts and two judges, the same clothes in every episode — for a staple in American cooking. Although the eight contestants only filmed for a brief window, they’re tasked with a wide range of smoked meats, including raccoon and alligator. The contestants don’t need much time together to exude even more warmth and affection between than most offerings of Bake Off.

With its unchanged, reliable aesthetic — and often fraught marriage dynamics — House Hunters gives you exactly what you pay for. Some episodes are more rewarding in their tension, two immovable objects staking their ground for a colonial, ranch, or other more specific type of house, while the rare couple just isn’t cut out for TV. The ideal show that works as an ambient background or an active, shouty watch that demands participation, it’s perfect for this kind of week.

Living Big in a Tiny House

On the flipside, let me propose an aggressively earnest New Zealander named Bryce Langston. With his prolific, picturesque YouTube Channel, Living Big in a Tiny House, the guy knows how to put a balm on any unpleasant situation. Langston tours tiny houses all over the world, zooming in on inventive uses of space and setting, with a primary focus on his native New Zealand. He’s just the best hype man, walking into any tiny house arrangement and finding a few qualities to be completely awestruck over. (Take a shot every time he says eeabsolutely beautiful! or what a lovely paahking spot!) As a big grump who’s typically averse to positivity and optimism of any kind, this guy just hits all the right notes.

I forget where I saw this — it was probably just some random YouTube comment — which posited that old Vine compilations are among the best tools for grieving. Hit after hit, with no chance to even react or let your mind wander off too far into the dark place. Not quite the same sensation, but election mania calls for the same kind of numbing. After a few 20 minute compilations, you may wind up with several repeats, but the frequent dopamine rush and long-forgotten classics are enough to give it a go.

More like this
8 shows like 'Ted Lasso' to watch if you need more feel-good TV
By Brandon Yu
In 'Roadrunner,' Anthony Bourdain shows us the beauty of the mundane
By John Saward
Caitlyn Jenner is reportedly filming a new reality show instead of campaigning for governor of California
By Rafi Schwartz
Stay up to date