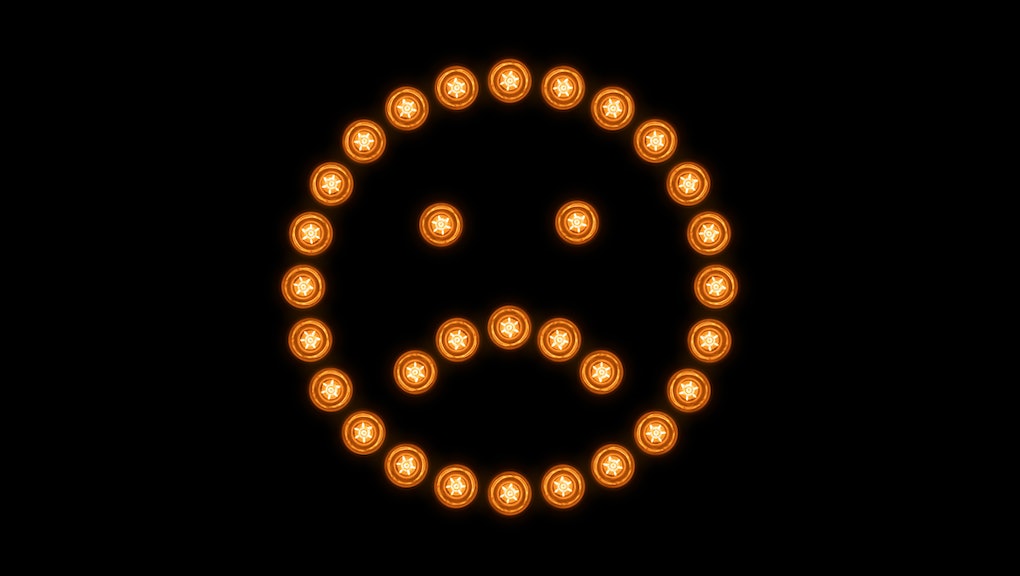 9 emojis you've been using wrong and their actual meanings

Over the past several years, emojis have become an integral part of popular culture, so much so that the Oxford Dictionary named the face with tears of joy emoji as the 2015 Word of the Year. Emojis are perhaps the easiest way to express yourself or send a pointed message without actually using any words or text. But, while you may think you're sending a clear message, it's possible the person on the other end is interpreting it completely differently — because actual, or intended, meanings of certain emojis tend to be very different from how they're popularly used. Here are six emojis that have taken on their own meanings, according to Unicode:

There are a lot of common uses for this emoji. Perhaps you use it to convey deep-thinking, or resting your head on your hands, or lying down for a massage or to do push-ups. But, it turns out, none of those things are accurate. This is actually the bowing emoji, according to Unicode. In Japanese culture, a person bowing deeply, known as dogeza, can be used to ask for a favor, or to express an apology, according to Emojipedia. With the focal point on the head of the emoji, it is easy to see how the 🙇 meaning can be misconstrued as a person thinking.

There's no way this emoji doesn't mean a shooting star, right? Wrong. It seems this swoop with a star at the end is actually supposed to mean "dizzy." As Emojipedia explained, the image is a reference to the common "seeing stars" reference used when talking about someone who is dizzy or disoriented.

Often used to signify a high-five between friends or to indicate someone praying, the actual use for this emoji can be attributed to Japanese culture. The clasping of hands signifies please or thank you in Japanese culture, while Westerners may see the hands as prayer, according to the Seattle Post-Intelligencer. Unicode lists the emoji as folded hands.

Gawker also provided more evidence as to why this emoji can't be a high-five, even though it's often used that way, and it's all about the placement of the thumbs. "The thumbs are on the same side. When you bring your hands together to pray, your thumbs are on the same side," wrote Gawker's Allie Jones. "When you high five someone in a conventional manner — right hand to right hand — your respective thumbs end up on opposite sides."

Face With Steam From Nose

This one was so widely misinterpreted, that it seems Unicode changed the description. Initially, this emoji — which clearly shows steam coming out of someone's nose — was originally labeled the "Face With Look of Triumph," though it's tough to see why. It's typically used to signify anger, frustration, or annoyance, though Emojipedia notes it can also represent "pride, dominance, and empowerment." Okay.

Most anime fans would readily recognize the snot bubble forming at the nose of the emoji. Fans of Japanese cartoons and comics would point out that the bubble is used to signify a sleeping character, even though the emoji is often used as a sad face, or a sick face. Or, if you go by Unicode's definition, it's apparently a sleepy face emoji.

Some assumed this emoji represented a ballet dancer performing a dance move. Seems reasonable — but not accurate. The 🙆 meaning is actually a "person gesturing OK," per Unicode's description.

"The girl's arms are above her head because she's making an OK sign with her whole body (i.e. a circle, or large 'O'), which is a Japanese gesture," Mashable explained.

This open eye, open mouth, raised eyebrow emoji is labeled the "hushed face" emoji by Unicode — meant to convey someone who has been, well, hushed. (Think: you're talking too loud, or you're saying all the wrong things and need to stop. Either works.) Of course, plenty of people assume it means surprised — but if you want to convey that emotion, perhaps you should go with the very slightly different "astonished face" emoji.

This is another one that was first labeled something that's wildly different than the common assumption: The "person tipping hand" emoji, which most of us use when we're feeling pretty good about ourselves, was originally called the "information desk person," according to Emojipedia.

This isn't exactly a widely-used emoji — but if you ever have used this image of an incomplete red circle with three red squiggles coming out of it, what are the chances you've used it correctly? It's not a hot drink reference — though that's kind-of close, in a way. This is the "hot springs" emoji, which is actually a common image on Japanese maps, used to represent an onsen, or a natural spring.

This article was originally published on Feb. 2, 2016