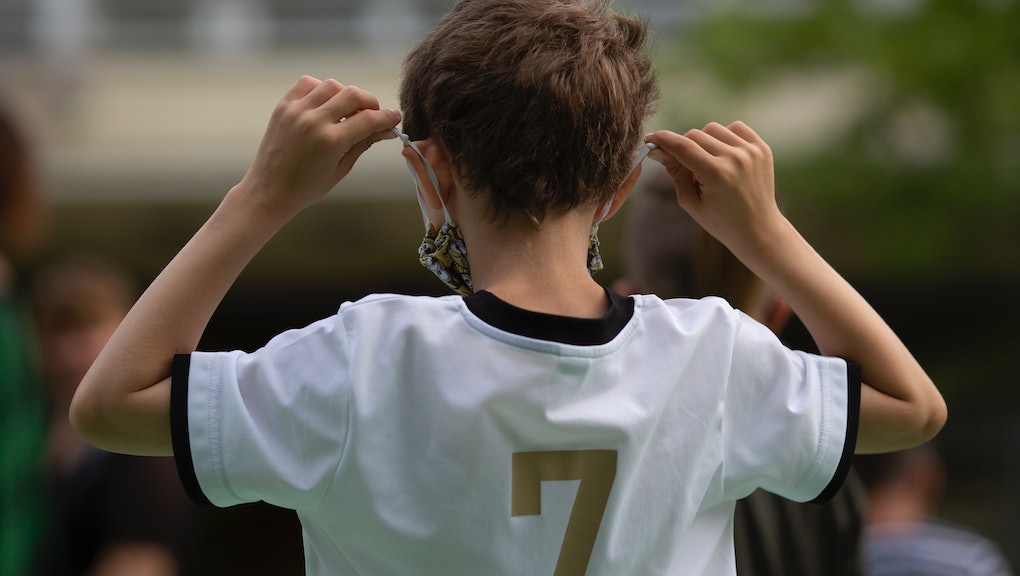 97,000 children reportedly contracted COVID-19 in July, according to data

As we prepare to send kids back to school, data from an American Academy of Pediatrics and the Children's Hospital Association report raises serious questions about the safety of doing so. The report found that in the last two weeks of July, more than 97,000 children in the U.S. tested positive for COVID-19, according to CNN.

To be sure, each state defined the age range for children differently, CNN explains, which the report pointed out as a limitation of the data. Some states set 14 as the maximum age, for instance, while Alabama set theirs at 24. Still, the results are concerning. The states, cities, and U.S. territories studied saw a 40% increase in positive cases in children during the two-week period.

Public health experts are still piecing together not only how COVID-19 impacts the young, but how they contribute to its transmission. These inquiries unfold against the backdrop of school re-openings, as well as amended re-openings in the face of new infections. North Paulding High School in Georgia — which drew scrutiny after photos of its packed hallways went viral — has switched to online classes for at least a few days after announcing that six students and three staff members had COVID-19, the Atlanta Journal-Constitution reports.

Although President Trump has claimed that COVID-19 isn’t that dangerous to children, the new report found that 86 died of the disease from May 21 to July 30, per CNN. The disease hits Black and Latinx children especially hard — they have higher rates of coronavirus-related hospitalizations and complications, based on recent CDC data. An otherwise healthy seven-year-old African American boy died of the disease last week, making him Georgia’s youngest victim. Last month, nine-year-old Kimora “Kimmie” Lynum, who had no known pre-existing conditions, either, was the youngest to die of COVID-19 in Florida.

Infected children could also transmit the disease to others, CNN notes. A study out of South Korea, published in the CDC journal Emerging Infectious Diseases, suggests that older children can spread it at rates comparable to those of adults. And a JAMA Pediatrics study found that children younger than five harbor a higher viral load in their noses than adults — between 10 and 100 times more viral genetic material, in fact, CNN previously reported.

Balancing remote learning with full-time jobs and housework, has understandably left many parents burnt out, especially women, who tend to bear the brunt of homeschooling duties. But growing research suggests that re-opening schools could pose a serious risk to children, as well as the parents, teachers, and others with whom they interact. Yet again, the pandemic, and the lack of a coordinated national response to it, is highlighting longstanding systemic problems, forcing choices no one should have to make.