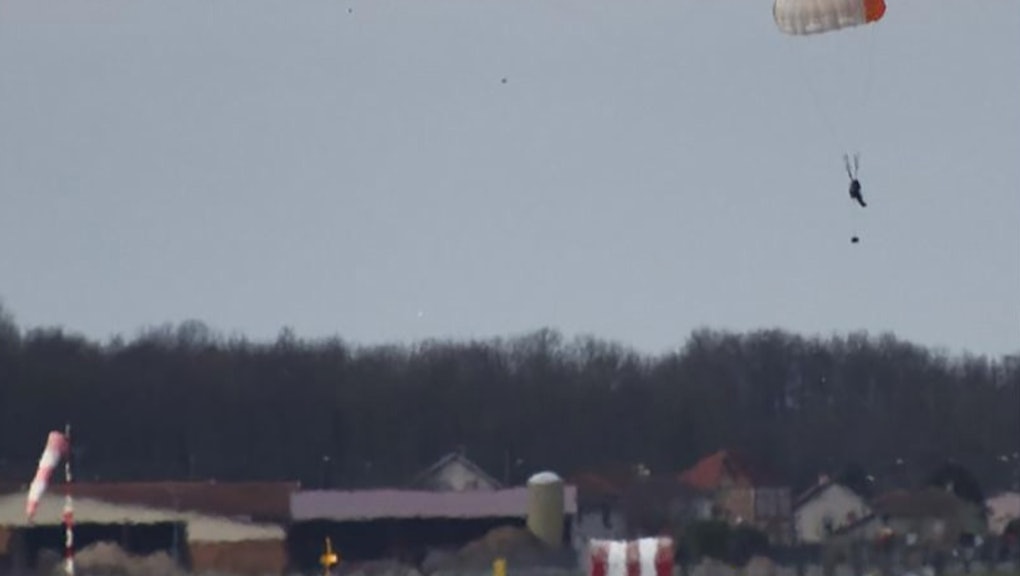 A French man accidentally ejected himself from a fighter jet at 2,500 feet, according to a new French government report. The 64-year-old was gifted a ride in a jet during a training exercise as a present from his coworkers, despite the fact he had never shown an interest in fighter jets, nor did he have prior experience in military aviation. The present — the chance to ride the Rafale B French fighter jet, which has a maximum speed of 870 MPH — was a surprise which he only learned about on the morning of the flight.

To his credit, the guy was a good sport. Despite his heart racing at 136 to 142 beats per minute, according to a watch he wore, he agreed to the trip and geared up for the ride. He was so anxious he couldn't even put his helmet on correctly.

Then, in a tale that could forewarn future generations on how to pick birthday presents for friends, as the jet flew to 2,500 feet and continued to climb higher, the man freaked out and instinctively grabbed something to hold onto. It was just his luck that he ended up gripping the ejector button, which sent him flying into the air, high above the ground, parachuting down as his poorly fitted helmet fell off his head.

Thankfully, both the pilot and the passenger made it to safety. The pilot was, understandably, surprised and unprepared for the ejection, but he managed to land the plane. The man reportedly landed near the German border and was taken to the hospital without any serious injuries (other than the mental trauma). The incident goes to show that if you don't know what to pick for a present, it might be better — and safer! — to just get a gift card.