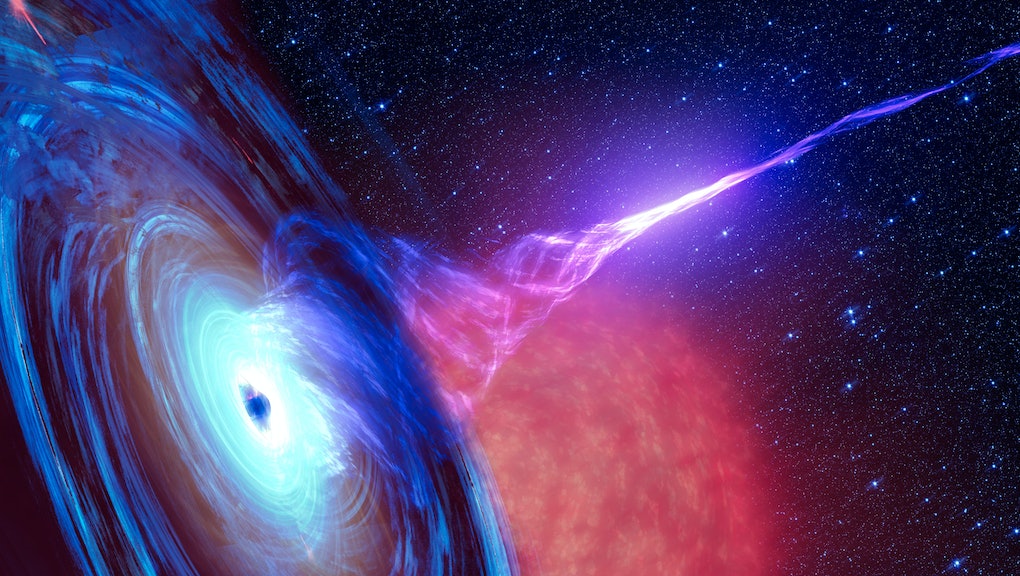 Black holes are some of the biggest mysteries of space. While we know they're essentially a massive amount of matter packed tightly into a small area, we're still unsure about some of the finer points regarding these extremely fascinating objects. But one thing we do know is that their relation to neutron stars (a star's collapsed core) and gravitational waves is complicated. So the fact that scientists believe they may have just detected a collision between a neutron star and a black hole is a massive discovery. It could even change what we understand about both individual space objects, so it's absolutely something to pay attention to.

Previously, scientists had never seen this type of phenomenon before. But following the appearance of a gravitational wave called S190814bv, detected by the United States-based Laser Interferometer Gravitational-Wave observatory, researchers believe that a black hole has finally collided with (or "eaten", if you want to put it that way) a neutron star. Gravitational waves are essentially what they sound like: "waves" in spacetime that are caused by black hole collisions or the result of a dying star, its explosion echoing out into the void as one last hurrah.

Scientists first detected a gravitational wave in 2016, which earned researchers a Nobel Prize in Physics that year. Since then, there have been others on record, but they've typically been between multiple black holes or several neutron stars crashing together. But now that it's potentially a black hole and a neutron star collision, we're looking at a whole new level of significance.

“We’ve never detected a neutron star and a black hole together,” UC Santa Cruz astronomer Ryan Foley told Vice. “If it turns out to be right, then we’ve confirmed a new type of star system. It’s that fundamental.” Researchers have been waiting for quite some time for this particular feat to occur, according to Foley – two years, in fact – calling the neutron star and black hole system "particularly exciting."

"We haven’t seen any case of that before, and there’s a lot of interesting stuff we could learn if we did detect it," he said.

When black holes and neutron stars collide, they're capable of producing extremely bright emissions. These pinpricks of light, if researchers are able to detect them from the event over the next few weeks, could cement the fact that scientists really did witness a black hole devouring a neutron star. If that's the case, it could truly be a game-changer for the way we understand astronomical objects and the rate at which our universe is expanding.

What happens next? We wait and see, of course, and in the meantime work at trying to wrap our heads around this relatively new and mind-bending concept.