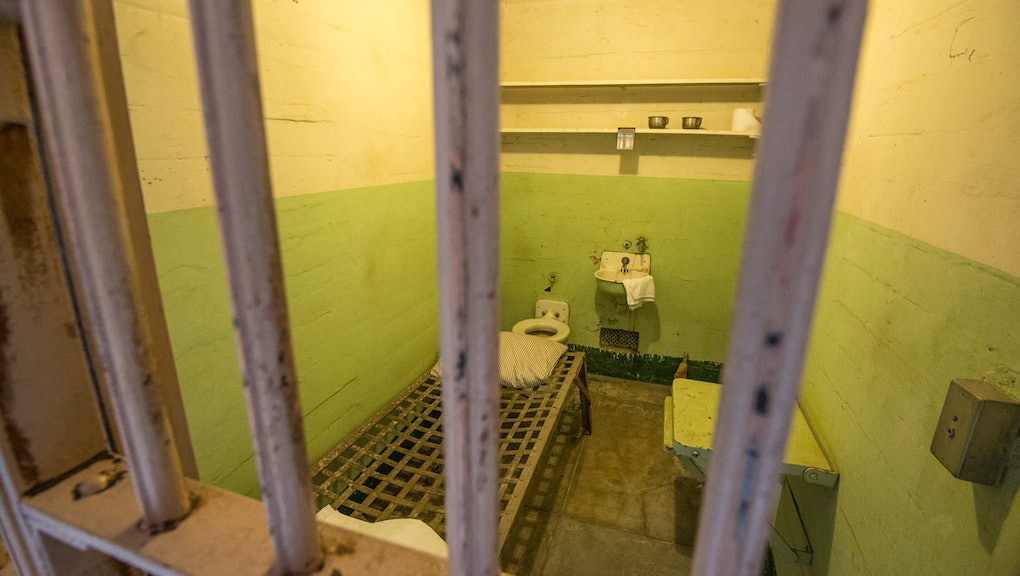 With more COVID-19 related infections and deaths reported each day, incarcerated people living inside jails and prisons are among the most vulnerable. Prisons and jails are superspreader settings because those facilities aren't built to support public health. People living inside prisons and jails can't socially distance, don't have freedom of movement, lack access to masks and other personal protective equipment, and suffer from decreased access to healthy food and medical attention.

Because of those factors, experts say that allowing people to return home ahead of their official release date is an important public health measure that will save lives. To date, thousands of people have been have been released under COVID-19 guidelines, including some high-profile and infamous inmates like Michael Cohen, Michael Avenatti, and one parent incarcerated for their role in the fraudulent college admissions scheme.

"Thousands of people have died at this point, but there's some really clear categories of people who could be released from prisons with minimal risk to public safety," Emily Galvin-Almanza, the executive director at Partners for Justice, tells Mic.

It's clear that having fewer people incarcerated will lessen the viral risk in jails and prisons. So who gets to make the final decision about who's allowed to return home? Mic has some of the answers.

Generally, a municipality's highest-ranking official decides who is allowed early release from jail or prison. At the federal level, this means that the attorney general can dictate what the protocol is for the federal Bureau of Prisons (BOP). Former Attorney General William Barr announced last March that the federal government would begin releasing elderly prisoners from its facilities, of which there are about 110.

But Barr's memo, advocates argue, operated as a formal excuse for what ProPublica calls "celebrity inmates" to return home for "home confinement" — people like Trump's former campaign chair, Paul Manafort, and Cohen, his former lawyer. Currently, the federal government has allowed 7,635 people to return to their homes for confinement, a fraction of the total BOP population of 123,726.

President Biden has said that he's committed to racial justice and recently pledged to phase out the use of privately-run federal prisons, though this likely won't have an immediate impact on releases. It's unclear how Merrick Garland, Biden's nominee for attorney general, will address the humanitarian crisis given that he has a history of leaning more conservative on issues relating to criminal-legal system.

Galvin-Almanza says that each state has its own prison system and that the federal BOP has little authority over these state carceral systems. This means that the federal government can lead by example and encourage states to take action, but it doesn't have the power to mandate releases at the state level.

So who does, then? State prisons incarcerate the greatest number of people, about 1.3 million across 1,833 facilities as of the Prison Policy Initiative's data, last updated in March 2020. This means that governors and state attorneys general are in charge of determining prisoner release policy. These officials set the terms of release, either by conviction, time served, age, or underlying health condition. Then it's prison officials' job to carry those directives out.

In New Jersey, Democratic Gov. Phil Murphy signed a law in October to allow 2,000 additional people to return home from the state's prisons. Maryland Gov. Larry Hogan, a Republican, signed a similar executive order in November allowing for early release of some people living inside prisons, to be determined by their original release date and if they have underlying health conditions. In Kentucky, Democratic Gov. Andy Beshear commuted the sentences of 646 people in the state who had less than six months left to serve and were considered to be medically vulnerable. The governors of New Mexico, California, and Washington have all implemented similar measures to varying effect.

Still, Galvin-Almanza says that none of these governors have done enough. "Back in March, at the beginning of the pandemic, I was part of a group of people personally begging state leaders to release people who were imminently going to be released in the next couple of months anyway," Galvin-Almanza says. "Maybe one or two state leaders heeded that call, but by and large, [they] did not."

For people incarcerated at the county level, judges and local officials are able to order their release. In Southern California, a Superior Court judge ordered that an Orange County jail reduce the number of incarcerated people by half, which is more than 1,800 people. In North Dakota, the number of people incarcerated in the Cass County Jail was reduced by over 30% in the early months of the pandemic; in the Stutsman County and Clay County jails, officials allowed nearly half of incarcerated people to return home. It should be noted that judges also have the power to halt releases, as one Houston-area judge did in April by reversing an order allowing medically vulnerable people to return home, reflecting a long battle within the county around who is eligible for release.

Though jails — which are locally run and typically hold people for shorter periods of time — incarcerate fewer people than prisons, Galvin-Almanza says that implementing systemic change to allow people to return home is much easier at the local and county levels than it is the state level. This is because the large majority of people living in jails are incarcerated only because they can't afford bail; in other words, they are people who have not yet been convicted of any crime. "Jails are a huge engine for spread of the pandemic," Galvin-Almanza tells Mic. That's because, she explains, more people circulate through jails in a shorter time period than do in prisons, which effectively just moves the virus throughout a community.

Reducing jail populations is important. But Galvin-Almanza says even the reductions that have been ordered so far aren't actually enough to protect personal and public health. "A lot of jails have reduced populations by 30%, [but] it's not enough," she says, explaining that many facilities are already overpopulated, so measures would need to be much more decisive in order to guard public health. Given that jails function only as a way to hold people until trial, Galvin-Almanza advocates instead for data-proven methods of ensuring that people show up to court without having to incarcerate them.

In some instances, where governors have not acted at all, or where local officials want to bolster their executive orders, state parole boards and state Department of Corrections officials decide which individuals are allowed to return home. In May, the North Dakota state parole board allowed more than 100 people to return home from state prisons. A review panel in Louisiana created by the state's prison department approved early release applications for dozens of medically vulnerable people, though it was later determined to have a "negligible" impact per The Advocate and was disbanded in June. In New York, state prison officials moved to begin the release process for elderly and medically vulnerable people back in May.

Advocates say this system of release is slow-moving and neglects consideration of elderly people convicted of what are considered to be violent crimes. Often, release decisions take into account whether a person was convicted of a violent or non-violent crime, but advocates say that research shows elderly people have one of the lowest recidivism rates of any group group, meaning that allowing elderly prisoners to return home would likely not pose a threat to public health no matter their conviction.

What happens after release?

Deciding who's eligible for early release is just one piece of the puzzle. People who are forced to live in prisons need resources, housing, health care, and information once they're released — but our carceral systems often don't provide these things. As The Guardian reported of California's release process, many people were left to fend for themselves, which can be a shock after time in a confinement facility. "[The California Department of Corrections and Rehabilitation] dropped us off at the hotel and said ‘bye,'" one person who had been allowed to return home said of the state's prison system. "When I called parole, they had no clue what to do with me, they had no idea where I would get tested [for coronavirus] or who would do it."

The bottom line, Galvin-Almanza says, is that people living inside prisons are just that — people — and need to be treated as such. If releasing someone to home confinement a little early could save their life while a pandemic rages on, advocates wonder: What's taking so long?