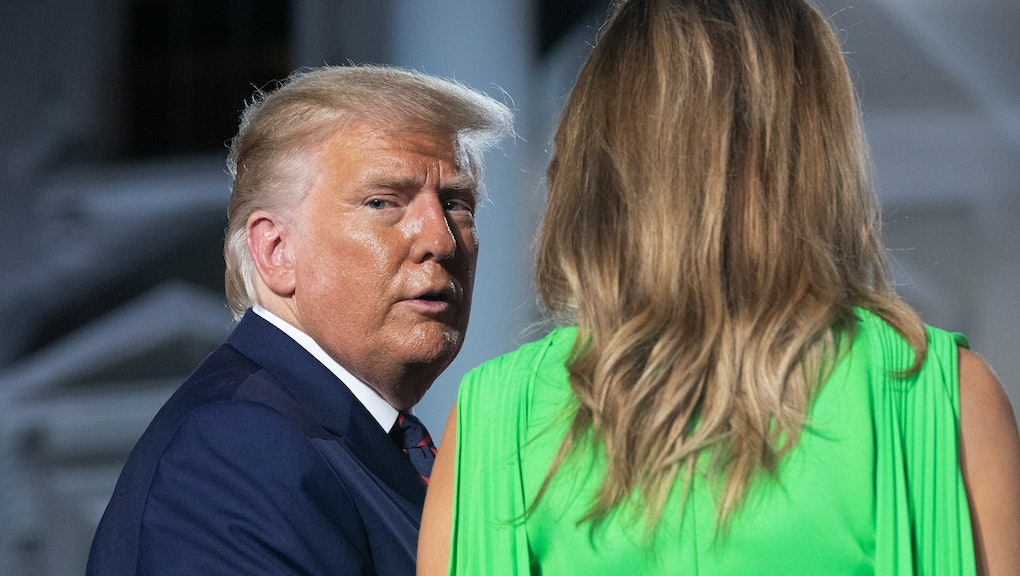 A brief list of promises Trump forgot to keep

A significant portion of President Trump's re-election campaign has been predicated on the following supposition: Promises made, promises kept. It's an assertion so central to his campaign that it's been given its own slick website and custom URL.

But while Trump would like the public to believe he is an effective leader who can Get It Done, the truth is that the nucleus of his hazy bundle of political promises has been left unresolved for the entirety of his first — and possibly only — term in office. Consider the following examples.

For obvious reasons, this was not one of Trump's 2016 campaign issues. But in terms of most immediately applicable and urgent, the administration's repeated insistence that there would be a whopping 100 million doses of a theoretical COVID-19 vaccine ready to roll by the end of October, if not Election Day at least, has been rendered totally moot by the inexorable passage of time.

At a presidential debate Oct. 22, Trump again claimed a vaccine was "ready" and would be public "in weeks." But on Friday, a White House adviser said Trump's promise of a vaccine by Election Day was merely "arbitrary."

How many times over the course of the 2016 election did Trump promise — swear up and down! — that he'd absolutely turn over his income tax returns eventually, just as soon as they were done being audited by the IRS. Dozens? Certainly by the time he's finished his first term in office it'll have been in the hundreds. And yet, despite the fact that there's no legal reason why he can't release his returns while they're being audited, and despite the fact that the president's tax returns could shed invaluable light on where his money comes from — and perhaps more importantly, where it goes — Trump's repeated insistence that his financial forms are forthcoming has been one of the most ridiculously thin pledges of his entire political career. Instead, we're left with bombshell gleanings from The New York Times's various investigations into the president's taxes — and the realization that if this is what they could find with the president working so hard to keep things hidden, how much more is Trump still keeping in the dark?

Like the glitching robotic mask from 1990's Total Recall, the White House has been vowing to unveil some sort of comprehensive health care plan to theoretically replace the Affordable Care Act in "two weeks ... two weeks ... two weeks." Instead, the administration has used lawsuits, executive orders, and even an awkward attempt at prop comedy to try to distract the public from the fact that no such plan seems to actually exist, while insisting that they're absolutely committed to dismantling a health care law that provides coverage to millions and millions of people.

But maybe if we just wait a few more weeks ... right?

The border wall, paid for by Mexico

Perhaps more so than anything else, the president's campaign pitch in 2016 was predicated largely on the promise that he would not only build a wall between the United States and Mexico, but that Mexico who would pay for the whole dang thing.

While construction has indeed begun on part of Trump's wall at various points along the southern border, Trump's crucial sin qua non that Mexico, not the U.S., would foot the bill has been decidedly less, uh, real. Instead, while using billions of taxpayer dollars to start building his moral abomination, the president shifted his messaging away from "Mexico will pay for it" and toward the much less soundbite-friendly claim that Mexico wouldn't be fronting the cash, so much as paying for things based America's theoretical savings as part of the renegotiated U.S-Mexico-Canada Agreement.

Not exactly a merch-ready slogan.

Of course, none of these broken or forgotten promises will matter if the president's supporters believe that Trump has actually delivered, or that his failure to follow through is the result of nefarious external interference rather than his own inability to get things done. And if they vote based on those beliefs, then Trump might be able to spend another four years in the White House overpromising and underdelivering.

More like this
This poll shows just how strong Trump's hold on Republican voters is
By AJ Dellinger
Live from New York: Revisiting the totally bonkers era of post-9/11 'SNL'
By Rafi Schwartz
How the shock and confusion of 9/11 enabled our modern conspiracy era
By AJ Dellinger
Stay up to date