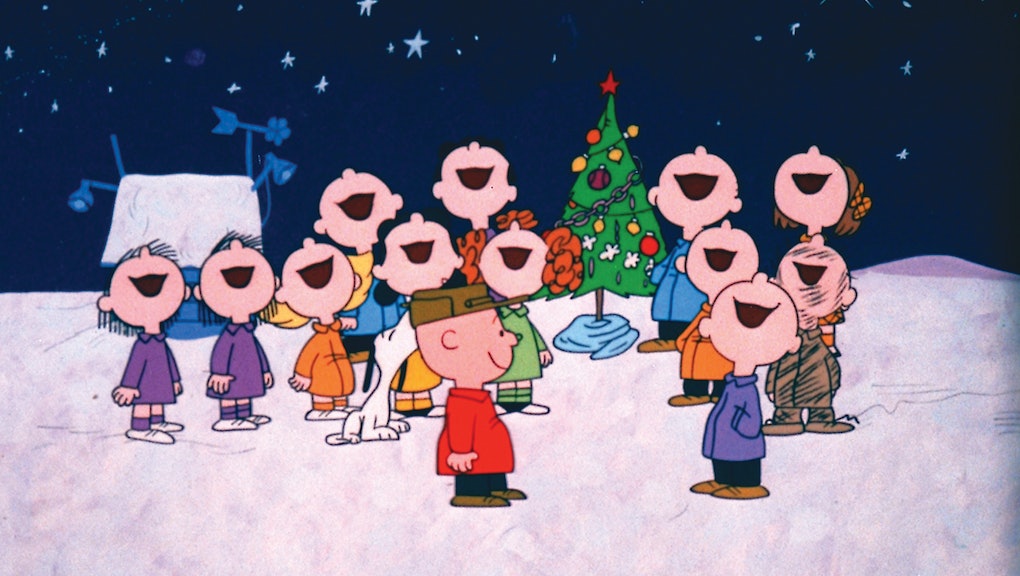 'A Charlie Brown Christmas' won't be on TV this year, and our parents are devastated

No matter how many sea changes come for the broader streaming ecosystem, there are certain shows or movies you imagine running on cable for the rest of its existence. The Oscars, the Super Bowl, It’s A Wonderful Life around Christmastime, The King of Queens. I always considered A Charlie Brown Christmas to be one of those, but that may not be the case. The Peanuts animated specials have signed an exclusive streaming deal with Apple TV+, casting their future national broadcasts in doubt.

Although A Charlie Brown Christmas is the highest profile of the specials, this means all of them — It’s the Great Pumpkin, Charlie Brown, A Charlie Brown Thanksgiving, and I don’t know, A Charlie Brown Valentine — will be finding a new home. Recognizing these are highly beloved properties, Apple’s reportedly going to allow free access to nonsubscribers for a limited window on each. Per Vulture, Pumpkin will be unpaywalled from October 30 through November 1, Thanksgiving’s free from November 25-27, and Christmas debuts on December 4, with free streams from December 11-13.

It’s certainly an accommodation, but still feels like a super grim development for an old institution. While the jury’s still out on if it has any future on a national TV broadcast, Vulture indicates that its chances are low:

“As for whether or not viewers will still be able to watch the Peanuts gang on ABC, that wasn’t immediately clear — though a source familiar with the matter says the answer is no."

"Apple’s official press release announcing its deal for the specials only specifies that TV+ would be home to the specials and says nothing about exclusivity. However, sources familiar with the deal say that the streamer will indeed have complete exclusivity — broadcast and streaming.”

These shows have generational reach, with decades of replay value, but our parents are the most likely to be crushed by the change. My mom, who considers A Charlie Brown Christmas one of her most beloved pieces of pop culture ever, replied to the news with nothing more than the flushed emoji. Luckily, she has the DVD handy for an annual rewatch. My colleague Kara Weisenstein also checked in with her father, who’s not too pleased about the change. “My childhood is crumbling into something streamed and unrecognizable. Guess I can only push back by playing my VHS copy in early December,” he said.

Anyway, there’s a chance something could work itself out, with broadcast rights resuming down the road and this is just a one-off plea to draw more subscribers into Apple TV+. But it’s increasingly likely that these craven streaming power plays will continue, stripping away the last vestiges of cable. This may not happen anytime soon, but The Emmys Premiere on Peacock could be closer than I’d like to admit.

There are few things easier to dunk on than being a huge physical media nerd, hoarding Blu-rays and DVDs like a doomsday prepper for when the streaming services drop your favorites for good. But there's truly never been a better time to stock up — Rudolph or The Smurfs Christmas could be next!