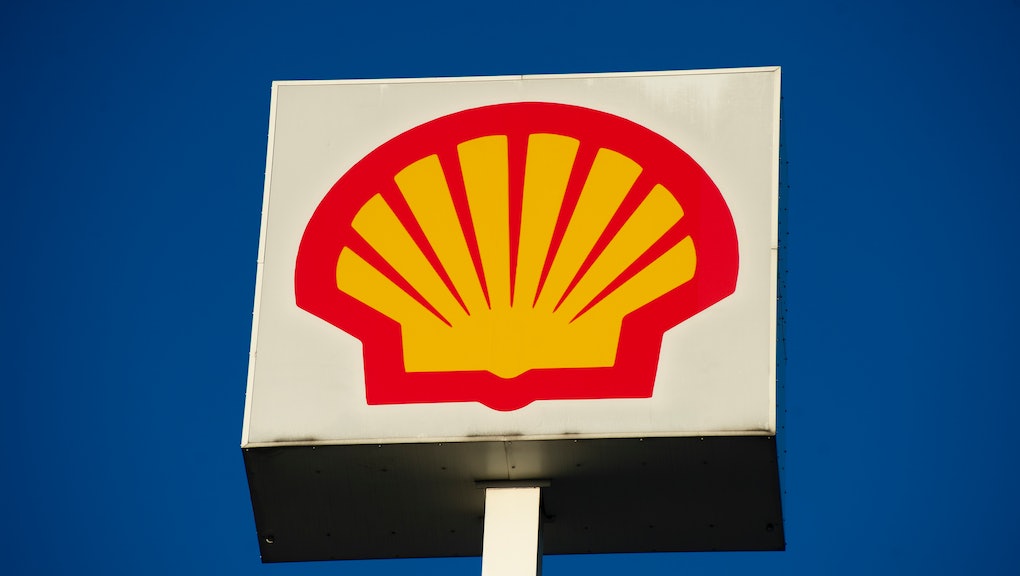 A court ordered Shell to reduce its emissions by 45%, which could spell trouble for other polluters

Usually when a company is taken to court for polluting or other violations of the law, they are hit with a fine and a slap on the wrist. But on Wednesday, a court in the Netherlands handed down a different kind of punishment. In a landmark ruling that is believed to be the first of its kind, a Dutch court ruled that Shell must reduce its carbon emissions by 45% by the year 2030, effectively requiring the oil giant to fall in line with the Paris Agreement.

The ruling was the result of a lawsuit filed against Royal Dutch Shell in 2018 by Milieudefensie, the Dutch chapter of Friends of the Earth. Other environmental activist groups signed onto the suit, which eventually came to represent more than 17,200 Dutch citizens who were co-plaintiffs. The case argued that Shell's ongoing investments in fossil fuels were "endangering human rights and lives" and undermining the Paris climate agreement's goals of stopping the planet from warming. The court agreed with the concerns and handed Shell an order to greatly reduce its carbon emissions within the next decade — a decision that could radically change the way that major polluters are prosecuted.

Under the Paris Agreement, the nations of the world agreed to reduce their carbon emissions drastically by mid-century, with the goal of keeping global temperatures from rising by more than 1.5 degrees Celsius. Using that same framework, the Dutch court ruled that Shell must reduce its carbon emissions by 45% under 2019 levels by the end of this decade. The company, which said it "fully expect[s] to appeal today's disappointing court decision," will be required to start working to comply with the ruling immediately and will have to operate under that court-assigned mission unless the decision gets overturned.

Shell has been talking a big game about its plans to reduce its carbon footprint. Earlier this year, it announced a plan to reach net-zero emissions by 2050 and has made major claims about its plan to reduce its oil production every year from here on out. So one might imagine that Shell would just go along with the court case, seeing as the company itself has said it is planning to drastically reduce its impact on the planet, right?

Well, you see, here's the thing: Shell has set the ambitious goal of reaching net-zero emissions far enough out that it is basically waiting on new technologies like carbon capture to arrive — solutions that have not yet been developed, let alone proven effective. In the meantime, the company was planning to bide its time by very slowly lessening its overall burden on the planet. Under its carbon reduction plan that it made public earlier this year, Shell announced that it would reduce its carbon emissions by just 20% by 2030.

That goal simply isn't going to cut it. Shell knows that, environmental activists know that, and on Wednesday, the Dutch court showed that it knows that, too. So now Shell has been assigned a goal that would actually reduce carbon emissions in a meaningful way.

It doesn't seem like that big of an ask when you consider that Shell is the ninth-largest single contributor to greenhouse gas emissions, and that it's earned an unfathomable profit along the way with minimal consequences. Surely, if Shell manages to meet the mark set for it by the Dutch court, the company will brag about all the work it's done to protect the planet — ignoring that it took a court order to make it happen.

As long as it works, Shell can say whatever it likes. At least we'll be able to tell the story on a livable planet.

More like this
Another reason to legalize weed: It'll be better for the environment
By AJ Dellinger
Are carbon offsetting apps legit?
By AJ Dellinger
The G7 countries promised to go green, then poured money into fossil fuels instead
By AJ Dellinger
Stay up to date