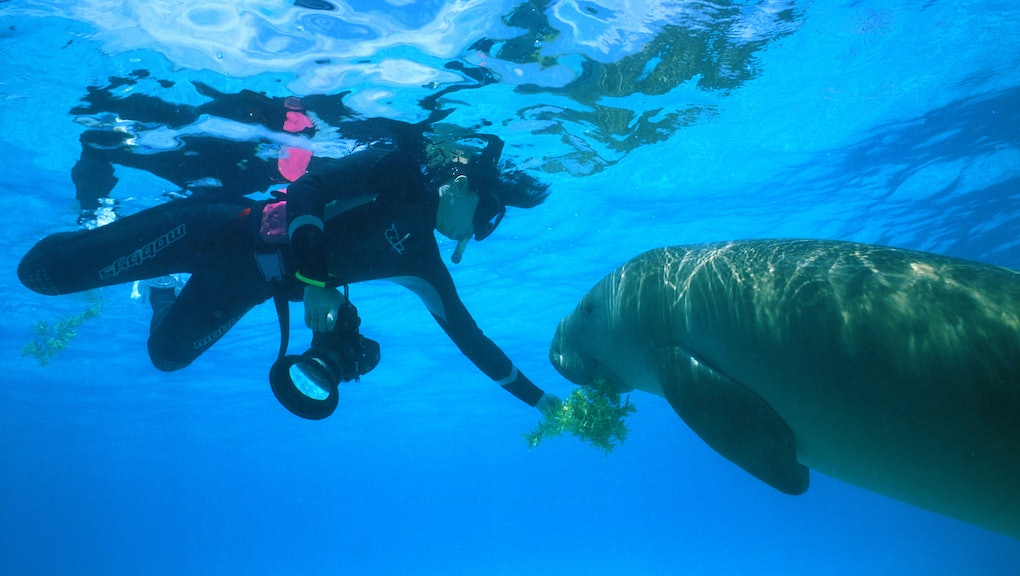 In April, the hearts of internet denizens were captured by the adorable antics of a baby dugong in Thailand named 'Marium.' Images and reports of the orphaned baby depicted her as a creature as innocent as a puppy, following and snuggling boats as if they were her mother. Marium sucked on her own flippers to show she was hungry, the way children sucked on their thumbs. She leaned against human helpers as they held her, cuddling them with a tranquil and peaceful expression. She quickly became the cute face of conservation efforts in Thailand.

After conducting an autopsy, biologists believe she died from shock due to ingesting plastic waste in the ocean. The Smithsonian Magazine reported "eight pieces of waste plastic bags packed together" and "small plastic fragments" in her intestines, causing her guts to become inflamed. The inflammation led to gas in her digestive tract, a blood infection, and pus pooling in her lungs. Eventually, the infection caused shock.

The director-general of Thailand's Department of Marine and Coastal Resources, Jatuporn Buruspat, told the Associated Press that the baby dugong could not have known any better.

"She must have thought these plastics were edible,” Jatuporn said. Local researchers assume she was chased into an unfamiliar area by aggressive dugong males looking to mate. She returned home with bruises, which prompted biologists to bring her into an artificial sea habitat for care. Not long after, she passed away.

The caretakers had hoped to eventually help Marium survive independently in the ocean, The Guardian reported in July. They dutifully fed her 15 times a day and regularly posted social media updates on her status. Audiences were eager to see her grow healthy and become part of a dwindling population of local dugong, relatives of the manatee considered 'vulnerable' — meaning they're at risk of extinction in the wild.

Thailand officials plan to honor her memory by launching the 'Marium Project' to cleanup the plastic from the ocean and take care of the dugong remaining in the area. It's an effort that is sorely needed; in June 2018, a pilot whale in Thailand died from ingesting 17 pounds of plastic, including 80 plastic bags. The bags tend to look strikingly similar to jellyfish in the ocean, which whales enjoy eating. Despite a five-day effort from veterinarians, the whale was too sick from the plastic to recover and seek proper food.

The veterinarians who took care of Marium believe her death sends a similar message to the people of the world.

"She taught us how to love," said Dr. Nantarika Chansue on Facebook. "And then went away as if saying please tell everyone to look after us and conserve her species."