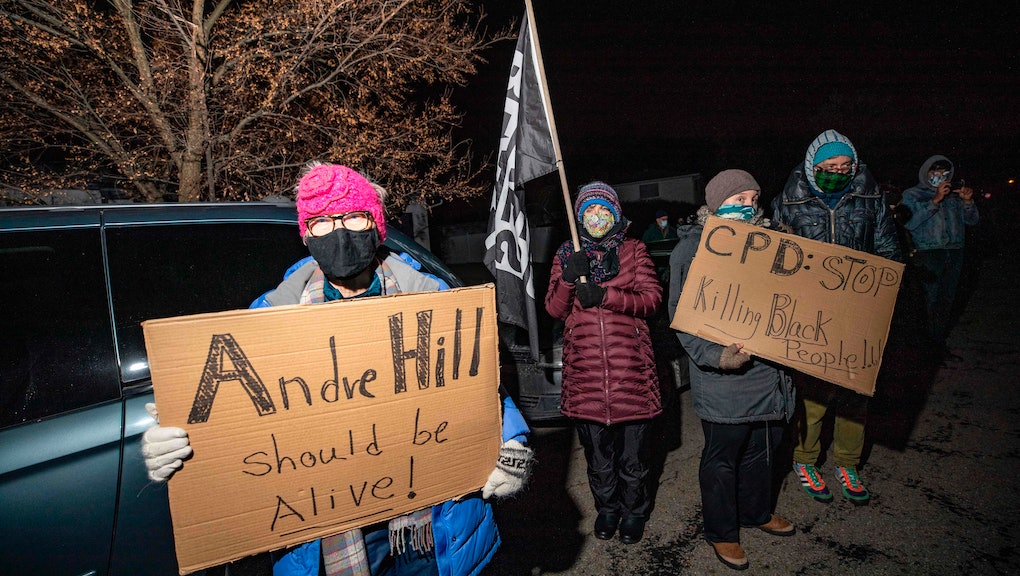 "In this case, the citizens of Franklin County, represented by the individual grand jurors, found probable cause to believe that Mr. Coy committed a crime when he killed Andre Hill by gunfire," Ohio Attorney General Dave Yost said during a press conference announcing the indictment.

While Coy did not turn on his body camera until after he shot Hill, the equipment's "look back" programming saves the previous 60 seconds on video — without audio — once the camera is actually activated. Footage from Coy's camera shows the officer approaching Hill in an open garage after receiving a non-emergency call about a potentially suspicious individual sitting in a car in the area. Hill, holding a cell phone, stood and took several steps toward the officer, at which point Coy opened fire. The whole sequence of events occurred in a span of only 10 seconds.

Coy, who is white, was fired on December 28, six days after shooting Hill.

"I have seen everything I need to see to reach the conclusion that Officer Coy must be terminated, immediately," Police Chief Thomas Quinlan announced at the time. Quinlan has since been demoted to Deputy Chief.

Coy, a 19-year veteran of the police force, had a history of complaints during his time in law enforcement. According to The Columbus Dispatch, Coy was previously suspended for 160 hours after cruiser camera footage showed the officer repeatedly "banging" a man's head into the car hood during a suspected drunk-driving stop. The city later paid the man a $45,000 settlement.

On Wednesday, Coy's attorney, Mark Collins, stated that his client will plead "not guilty" and that the officer "honestly believed that he saw a silver revolver coming up in the right hand of the individual" before opening fire on Hill.

But Benjamin Crump, a civil rights attorney representing the Hill family, said in a statement released Wednesday that "Andre clearly held a phone." He added, "Though nothing will bring back Andre's life and relieve his family's grief, this is an important step toward justice."

More like this
All 4 officers involved in George Floyd's death will face federal charges
By AJ Dellinger
Texts from Matt Gaetz's "wingman" allege that the congressman paid for sex with a 17-year-old
By Rafi Schwartz
Ohio police have "run amok" in their dealings with protesters, a federal judge admitted
By Vanessa Taylor
Stay up to date