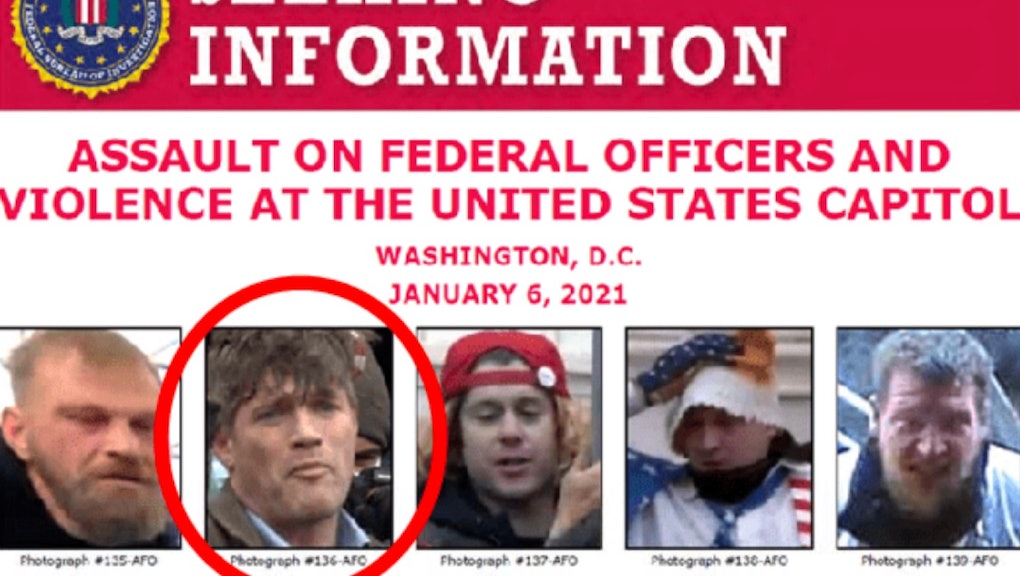 It's been nearly two months since MAGA-addled insurrectionists breached the gates of the Capitol Building to rifle through papers, smear feces on the walls, call for the lynching of high-ranking government officials, or bludgeon a Capitol Hill police officer to death, depending on which thrust of the attempted coup they were a part of. In that time, Donald Trump was impeached and acquitted over his role in inciting the mob of militia members and coup tourists — a mob that included not only a shocking number of law enforcement officials and military members among its ranks, but also, we're now learning, at least one member of the former president's own administration.

Former State Department official Federico Klein was arrested in Virginia on Thursday — the first known case of a Trump administration appointee being taken into custody for participating in the Jan. 6 attempted coup. According to Politico, which first reported the arrest on Thursday evening, Klein was apprehended after the FBI featured his photograph in a "Seeking Information" bulletin, prompting two separate tipsters to identify him to law enforcement officials.

In a Statement of Facts court affidavit filed by the FBI in regards to Klein's arrest, Klein is identified as not only having participated in the breach of the Capitol building where he was filmed "physically and verbally" engaging with law enforcement, but also getting violent. "At 3:00:37 p.m., he violently shoved a riot shield that apparently had been taken from an officer, towards the officers trying to stop the mob from gaining access to the building," the affidavit reads.

"In doing so," the FBI notes, "KLEIN pushed the riot shield in between the doors to the Capitol, preventing officers from closing the doors."

Per Politico, Klein was a "Schedule C" political appointee to the Trump State Department and had served as a "tech analyst" on the former president's 2016 campaign team.

Speaking with Politico, Klein's own mother confirmed that her son had been at least in proximity to the the insurrection, telling the outlet that "as he said, he was on the Mall that day, I don’t have any evidence, nor will I ever ask him, unless he tells me, where he was after he was on the Mall."

"Fred’s politics burn a little hot,” she insisted. “but I’ve never known him to violate the law."

Of course, while the fact that a Trump appointee participated in the insurrection is in and of itself a worthwhile and noteworthy development, it's comparatively unimpressive when you place it in the context of the entire nation watching as the president himself encouraged — and then allowed — a mob to violently smash their way into Congress to help overturn his electoral defeat.

Still, it's a start.