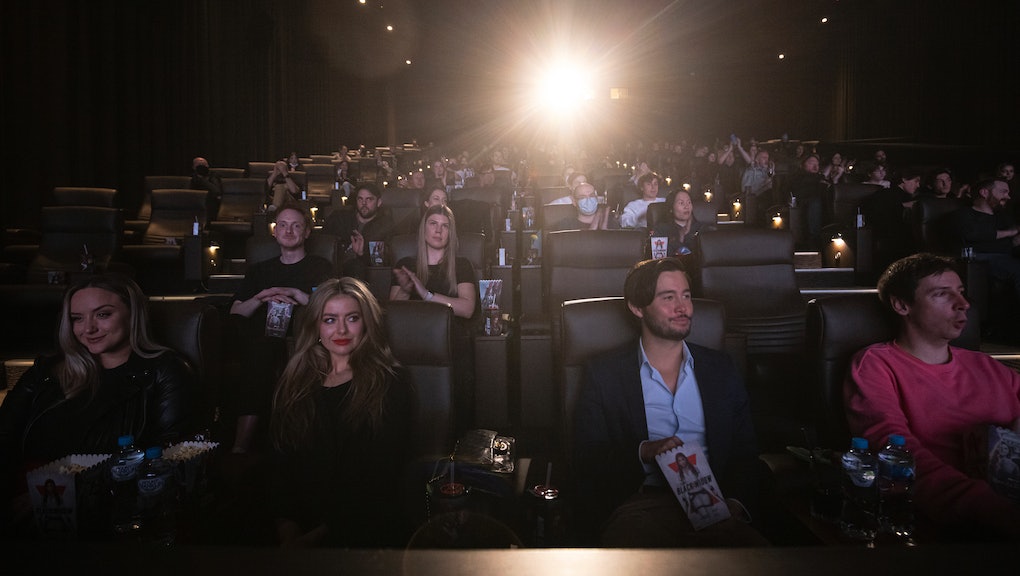 If there was any doubt we might actually have a summer in 2021, the impossibly resonant voice of Vin Diesel has declared it so. This past weekend, F9: The Fast Saga, the latest installment in the Fast & Furious soap opera of family, cars, and somehow now space missions, barreled into the box office with $70 million, scoring the highest opening weekend numbers since 2019.

The whopping figure was a promising sign for those that have been shuddering about the future of Hollywood; it also signaled the return of the simple joy of going into a dark room to watch a big movie on a big screen. F9 joins a handful of cinematic events that have already kicked off the summer, some successful (A Quiet Place Part II) and some controversial (In the Heights). But starting in July, a thick slate of films, big and small, will usher in a full-tilt reawakening of the moviegoing experience. So what should we be watching?

Summer movies are synonymous with the tentpole blockbuster, and this year, a slate of big-budget films will flood the theaters, many of which, like F9, were meant to come out last year. Some, like The Tomorrow War (an action flick with time-traveling military man Chris Pratt) or Free Guy (a Truman Show-style comedy where Ryan Reynolds plays Ryan Reynolds), hope to overcome their pandemic-delayed rollouts, while big superhero flicks will undoubtedly rake in their usual billion-dollar bag. (Though Snake Eyes: G.I. Joe Origins and Marvel’s Shang-Chi could be perceived as gambles with their Asian leads.)

In the middle are revivals and adaptations that could go one way or another. Is movie-star LeBron big enough to financially buoy what looks like a middling Space Jam sequel? (Probably!) Can Dwayne Johnson flip a Disneyland attraction into another billion-dollar franchise with the Jungle Book? (Also probably!) A lot of time and money rides on these opening weekends. But for audiences, it’s a spread of big, beautiful popcorn fare, perhaps the most visceral signal of the Before Time.

In theaters and streaming on Disney Plus beginning July 9.

In theaters and streaming on HBO Max beginning July 16.

In theaters and streaming on Disney Plus July 30.

In theaters and streaming on HBO Max beginning August 16.

Shang Chi and the Legend of the Ten Rings

In theaters and streaming on Disney Plus beginning September 3.

Like the blockbuster, the summer horror film is a seasonal mainstay. This year includes promising returns from veterans, including M. Night Shyamalan’s Old, and a surprisingly sturdy fifth installment of the Purge series. On Netflix, the Fear Street trilogy offers no theater experience, but the R.L. Stine adaptation does present an unorthodox rollout plan, with the trio of films being released across three consecutive weeks.

Till Death is also a welcome spotlight for Megan Fox, whose early career we can now collectively agree was mishandled by Hollywood as dubious at best, deeply misogynistic at worst. The best of the summer scaries will likely be Candyman, the long-awaited new entry in the 1990s slasher series from director Nia DaCosta.

Part I streaming on Netflix beginning July 2, followed by Part II on July 9 and Part III on July 16.

The next couple of months will also offer a promising crowd of small but artistically daring films. At the top of the season is Zola, writer-director Janicza Bravo’s breakout Sundance hit from January 2020, which manages to strike the pitch-perfect mixture of a dark comedy and trauma innate to the legendary Twitter thread the film is based on. Other A24 fare includes Dev Patel as a medieval thirst trap in The Green Knight, another long-delayed movie that looks to be a visually breathtaking adaptation of the Arthurian fable from director David Lowery.

A pair of strong documentaries track the late Anthony Bourdain (Roadrunner) and the 1969 Harlem Culture Festival (Questlove’s filmmaking debut Summer of Soul). The foreign arthouse circuit includes Days, a new offering from Taiwanese director and master of languid cinema Tsai Ming-Liang, and Annette, the English-language debut of French master Leos Carax, with Adam Driver and Marion Cotillard in a swashbuckling musical. This summer, cinephiles will eat as well.

Summer of Soul (…or, When the Revolution Could Not Be Televised)

In theaters and streaming on Hulu July 2.

Roadrunner: A Film About Anthony Bourdain

In theaters August 6 and streaming on Prime Video August 20.

In theaters and streaming on Apple TV+ beginning August 13.