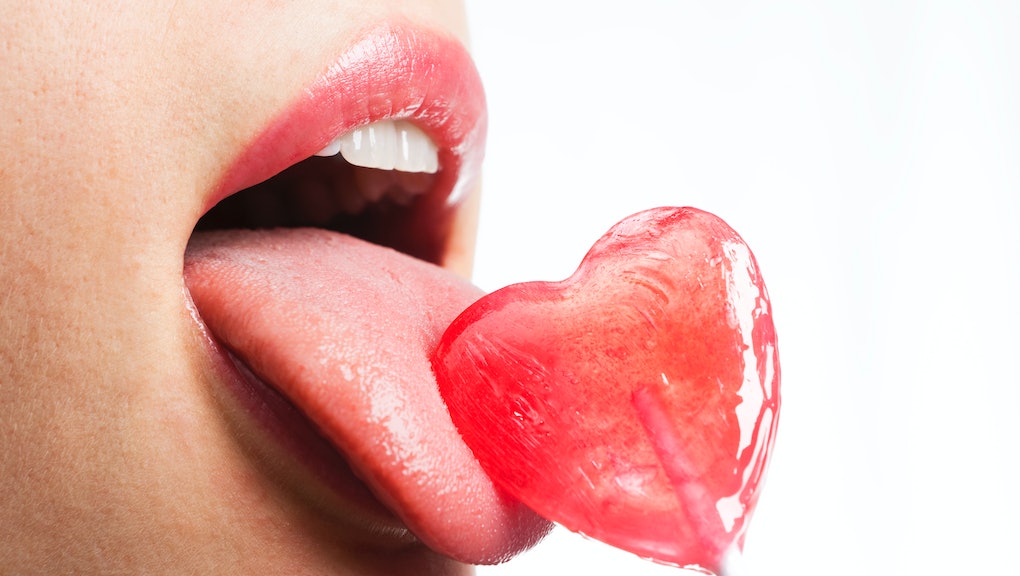 A history of oral sex, from fellatio's ancient roots to the modern blow job

It turns out that there are some things that we humans have basically been doing since the beginning of time — and oral sex happens to be one of those hallowed, ancient traditions. While it feels like the concept of giving and getting head was popularized in the 1970s and brought into the mainstream by The Godfather and Deep Throat, the act has a long, rich history that dates back thousands of years. Let's dive in, shall we?

It stands to reason that if oral sex was practiced around the world in Ancient times, it probably didn't fall out of favor just because the Roman Empire collapsed. But, as Smithsonian reported in 2014, any kind of sex in medieval Europe came with a whole lot of rules and baggage: "Modern-day Americans can be thankful that we are not trying to have sex in medieval Europe. Because what was allowed and what was not was, if anything, even more complicated back then."

Oral sex was among the list of forbidden acts, along with non-conventional positions and, really, any kind of sexual act that was pleasurable.

The turn of the 20th Century saw a huge jump in oral sex slang terms, according to Green's timeline, including such gems as "dickylicker," "deep sea diving," "sneezing in the cabbage" and the now familiar "blow-job," which Green cites as arriving in the 1940s.

According to research published in the Canadian Journal of Human Sexuality in 2006, "during the course of the 20th Century, at an accelerating rate, oral sex became a possible component of 'foreplay,' which was the great sexual discovery of the early decades of the 20th Century. By the end of the century oral sex had become an essential component of the sexual repertoire of even mildly adventurous heterosexuals."

Part of this normalization of oral sex, the researchers claim, was because of "the rise of a concern for female sexual pleasure" and increasing importance placed on "the achievement of mutual orgasm."

By the end of the 20th Century, more people in the U.S. seemed to be engaging in oral sex than ever before. Slate reported that a 1994 study found that "27% of men and 19% of women have had oral sex in the past year."

In 2012, a survey from the Centers for Disease Control and Prevention found that, among people between the ages of 20 and 24, "81% of females and 80% of males had engaged in oral sex," reported ABC News.

Teenagers are also engaging in oral sex — sometimes because of the perception that it somehow "doesn't count" as sex in the same way that penetrative sex does. A CDC fact sheet published in 2009 said that "some data suggest that many adolescents who engage in oral sex do not consider it to be 'sex;' therefore they may use oral sex as an option to experience sex while still, in their minds, remaining abstinent."

Despite what the teens are saying, "most people — around 71% — consider oral sex" to be sex, reported the New York Times in April, citing information from the Kinsey Institute.

But is there a gap when it comes to who's giving and receiving oral sex nowadays? Despite a dominant cultural perception that straight men don't like going down on their female partners, the numbers actually suggest that today's young straight dudes enjoy both giving and receiving.

We're still not free of sexual stigmas, by any means, but maybe we humans are finally in a place where we can comfortably acknowledge that oral sex is something we've been engaging in, and enjoying, for thousands of years.

This article was originally published on May 31, 2016