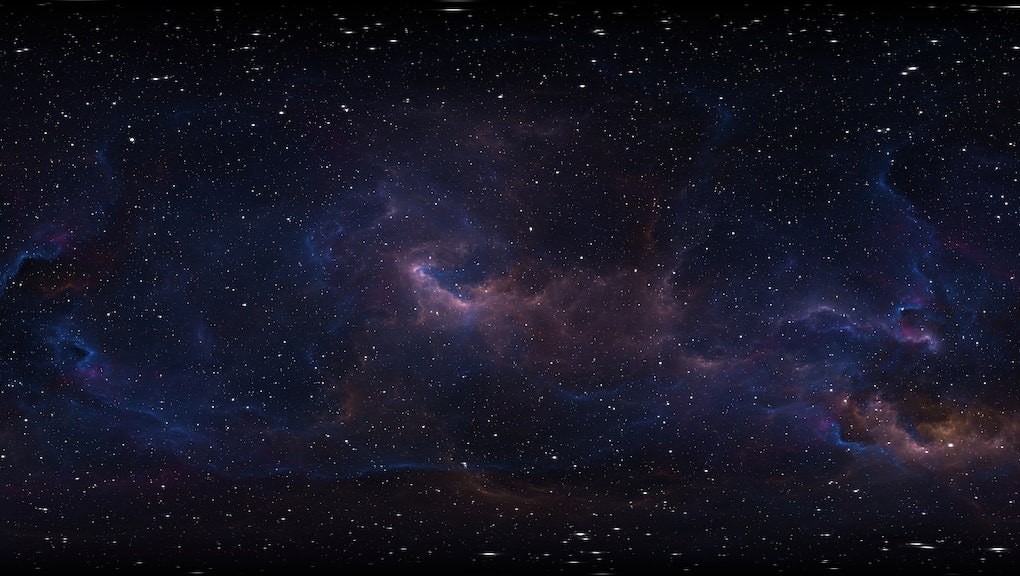 For years, humanity has wondered if we're actually alone in the universe. So far, there haven't been any definitive signs of intelligent life out there, but there's always the possibility that we'll find it when we're least expecting it. That's why a burst of mysterious radio signals that have been coming from half a billion light-years from Earth are so intriguing — among other reasons, of course.

Researchers have recently been puzzling over a series of radio waves coming from said source, known as FRBs (fast radio bursts), which are only a millisecond-long and continue to repeat themselves over and over. What are they coming from, exactly, and what do they mean? Could this be a sign that some sort of life is out there, trying to communicate with us?

Typically, individual radio bursts will emit once and then return to silence. They don't tend to repeat themselves, like the ones currently puzzling scientists do. Repeating fast radio bursts are different, though. They send out shorter radio waves multiple times in a row, usually in a cluster-like manner or or sporadically over a period of time.

There were several instances of these types of bursts being recorded during September 16, 2018 and October 30, 2019, according to researchers with the Canadian Hydrogen Intensity Mapping Experiment/Fast Radio Burst Project collaboration. Their instruments detected a pattern that would occur nearly every 17 days or so, with the signal firing off a few bursts each hour. Then, it would simply go silent once more, which was confounding for anyone trying to study it.

The original signal has been dubbed FRB 180916.J0158+65, and the original findings from initial studies involving the wave are available as part of a paper that has yet to be peer reviewed, all included in a CHIME/FRB collaboration. This same initiative detected sources of eight additional fast radio bursts, however, including the original. Oddly enough, however, the bursts have all been traced back to varying sources. This is a head-scratcher, as the first one was linked to a small dwarf galaxy rife with stars and metals. Another was sourced to a galaxy that resembled the Milky Way.

These locations appear to constitute a pattern of some sort, though researchers are trying to determine exactly what that might be, and what the causes actually are. Astronomers are working tirelessly to try and understand these fast radio bursts, because doing so could mean unlocking additional mysteries of the universe. As they source new bursts and make sense of their locations, scientists may be able to use them to draw up a map to figure out the distribution of matter across the universe.

And of course, we can't rule out the idea that these bursts are a form of communication. That probably isn't the reason they're happening so often, nor why they're being sourced to so any different locations, but it's something to ponder, at the very least. The universe continues to be awash with intriguing mysteries. Believe it or not, these radio signals may very well be the least odd of them all in the end.

More like this
Space debris from a rocket launch is currently hurtling toward Earth
By AJ Dellinger
UFOs are real but might not be aliens — and that's somehow more terrifying
By AJ Dellinger
Brood X is here, but I'm okay with it actually
By Rafi Schwartz
Stay up to date