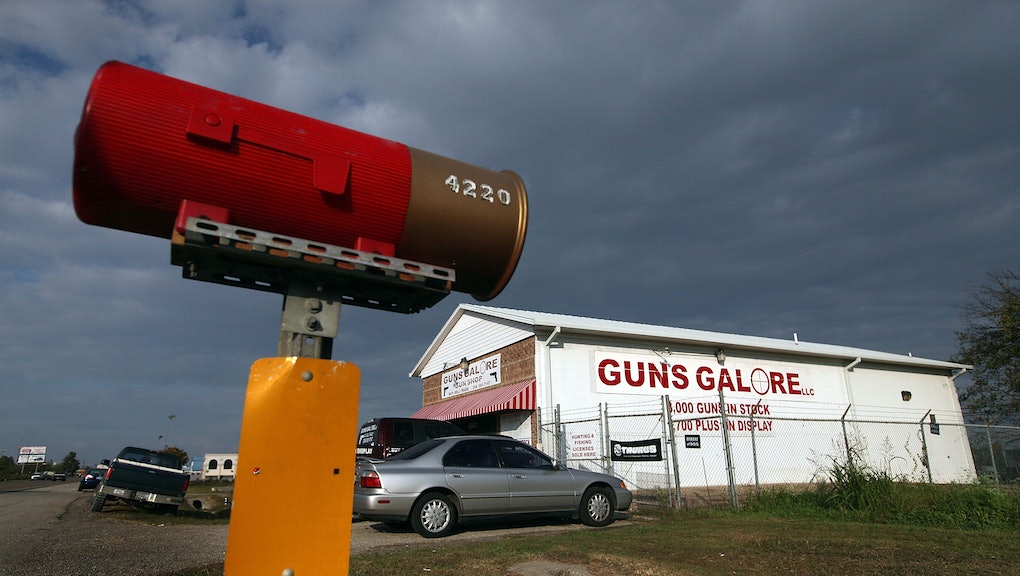 Texas this week stands on the brink of allowing just about anyone to carry a handgun, regardless of whether or not they have a permit, in a move that could dramatically increase the proliferation of firearms in a state which already enjoys a particularly trigger-happy reputation.

By a vote of 82-62 on Sunday evening, the Texas House of Representatives approved a compromise version of H.B. 1927, which would allow most Texans to carry handguns without a permit. The compromise bill marks the beginning of the end of a fraught legislative process that began in April, when the House passed the initial version of the bill. The bill initially faced stiff challenges in the state Senate, where a series of proposed amendments prompted the House to reject earlier iterations of the legislation. Sunday's vote, however, marks a breakthrough in that stalemate, with the Senate's widely expected approval the last remaining obstacle between the bill and Republican Gov. Greg Abbott's signature. Abbott has previously stated he will, indeed, sign the legislation into law.

"By working together, the House and Senate will send Gov. Abbott the strongest Second Amendment legislation in Texas history, and protect the right of law-abiding Texans to carry a handgun as they exercise their God-given right to self-defense and the defense of their families," Republican state Rep. Matt Schaefer, who authored the legislation, said in a statement announcing the compromise bill.

According to Texas Lt. Gov. Dan Patrick, the Texas Senate will vote — and almost certainly pass — the bill early this week.

"H.B. 1927 is a historic bill and a national model," Patrick said in a statement. "It includes the thinking of national gun rights advocates and many in Texas law enforcement and affirms our commitment to protect the rights of gun owners and the safety of those in law enforcement."

According to the Texas Tribune, the compromises agreed upon in the legislation include provisions allowing police to question people based on their carrying a handgun, tougher penalties for felons who are caught carrying a handgun, and an optional free online gun safety course to be offered by the Texas Department of Public Safety.

Texas already has a conspicuously lax suite of gun laws to begin with, so much so that its gun culture has taken on a life of its own as a unique feature of the Lone Star State. Accordingly, the state has seen multiple mass shootings in the past several years — a fact not lost on Democratic lawmakers, who spoke out against the permit-less cary legislation on Sunday.

"This is our first session since those tragedies [in Odessa and El Paso], and this is our response, a bill to allow permit-less carry," state Rep. Chris Turner said during debate on the legislation. "A bill to say you don’t have to have any training to carry a handgun in the state of Texas. And I can't imagine a worse slap in the face to all those people who have advocated, to the victims and to the family of those victims."

Abbott, however, has come out strongly for the bill, saying late last month that "I support it, and I believe it should reach my desk, and we should have 'constitutional carry' in Texas."

More like this
Marco Rubio wants to give survivors of domestic terrorism … one year of student loan relief?
By Rafi Schwartz
"She's gonna disappear": A GOP congressional candidate threatened to sic Russian hitmen on his opponent
By Rafi Schwartz
Someone please tell this poor simple insurrectionist which office he's running for
By Rafi Schwartz
Stay up to date