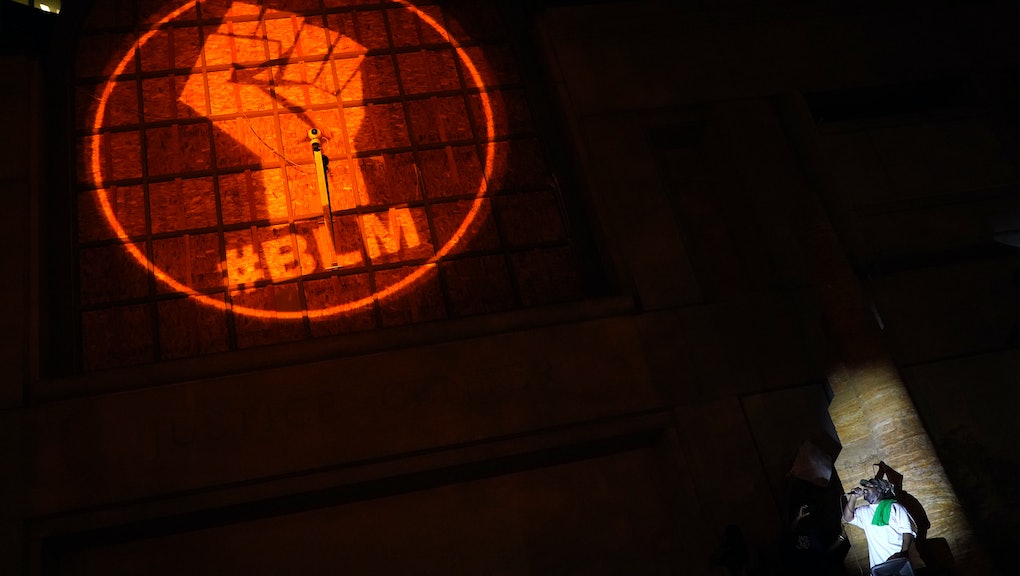 Since the police killing of George Floyd in May, there have been protests across all 50 states. The government's response hasn't been pretty, with federal agents flooding cities and snatching protesters off the streets. Now, the Department of Defense has exposed the government's feelings about protests in plain language: In new training material, the Pentagon labeled both protesters and journalists as "adversaries."

First reported by Politico, the language appeared in a new course launched as part of Defense Secretary Mark Esper's Operation Security or OSPEC. As the name suggests, the purpose of the program is to improve operational security and stop leaks from happening. However, the training materials in question are actually publicly available.

Part of the training involves a hypothetical scenario about a secret military exercise. Politico reported that in the scenario, anti-government protesters show up at the scene along with journalists. The training labels both groups as "adversaries" who are there to exploit "vulnerabilities" for their own gain.

When asked about the materials, Lt. Col. Uriah Orland, a Pentagon spokesperson, defended the use of the term. In a statement, Orland told Politico, "An adversary — a common generic term for a person or group that opposes one's tactical goals — is acting counter to our information security objectives and therefore personnel must understand that threat."

Orland continued: "Attempting to read more into the use of the term obfuscates the clear purpose of the training: to prevent information from falling into unauthorized hands regardless of its potential use."

But if that's the excuse the Pentagon is going with, then it would suggest that they are woefully disconnected from a social analysis of what's going on. Otherwise, they do know, in which case it's telling that the government would label protesters as "adversaries" at a time when they are protesting the federal government because Black people continue to be killed by police. Those protesters are then met with more police violence, which has resulted in life-altering injuries, including multiple people who have lost an eye after being hit with so-called non-lethal weapons by officers.

Furthermore, attacks on journalists have surged in the U.S. within recent months. Between May 26 and June 2, The Guardian recorded 148 arrests or attacks on journalists. Robert Mahoney, the deputy executive director of the Committee to Project Journalists, told the outlet, "I hate to use the word unprecedented, but it is certainly something no one has seen probably since the 1960s when you had the civil rights movement and violent repression of protests in which journalists were also caught up.”

According to Politico, the Pentagon materials include a video from Esper and a memo asking all DoD personnel to take the course within the next 60 days. In his memo, Esper states, "The Department of Defense remains committed to transparency to promote accountability and public trust. [However] unauthorized disclosures jeopardize our DoD personnel, operations, strategies, and policies to the benefit of our adversaries.”

And this is where the viewpoint of journalists as adversaries comes in. Politico reported that the narrator in the video explains that "the protest group was an adversary, not because of its political beliefs, but because its intentions were contrary to the success of the training mission. Reporters also had contrary intentions and capabilities. They wanted to capture exercise activities and on video and report them on the evening news. In this instance, the reporters are adversaries."