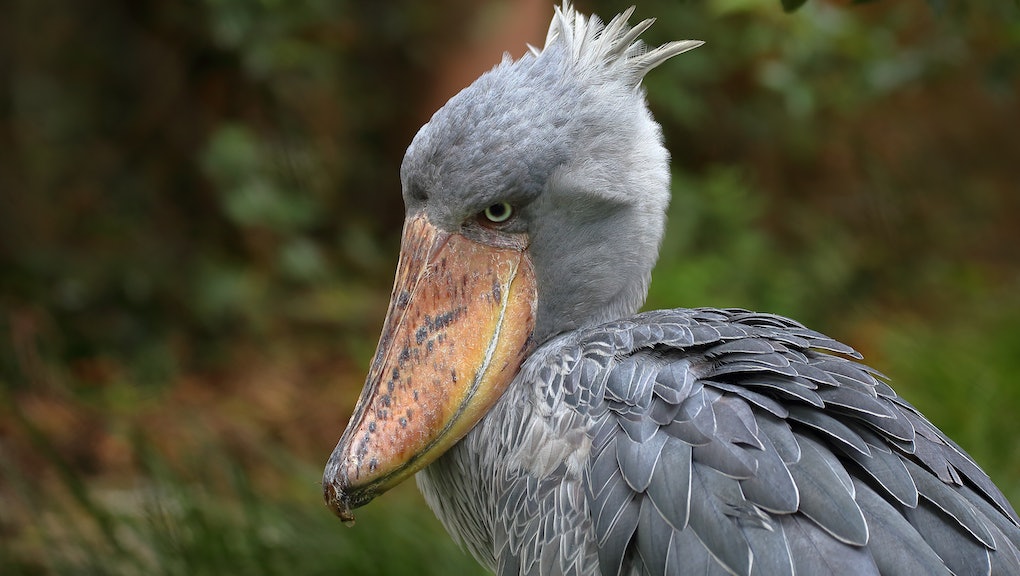 Billions of years of evolutionary history are at risk of destruction due to the expansion of human activity, according to researchers with the Zoological Society of London (ZSL). This history has been the driving force behind some of Earth's most unique creatures, such as the dinosaur-like Shoebill; the bony-fingered Aye-Aye; and the mohawked Mary River turtle. In a first-of-its-kind study published this week in Nature Communications, the authors highlighted the risk of losing these species to human activity such as agricultural land use, construction and development, the depletion of local resources, and the ever-growing human population.

The researchers measured and mapped this activity into what's called a Human Footprint index. The index reveals areas around the globe where biodiversity is most threatened based on human development, rather than a species' population or physical traits. By combining the use of this index and information about a species' habitat and genetic history, the authors wrote, conservationists can adjust their priorities to focus on the most endangered of endangered species.

Some animals are more endangered than others

Endangered animals are located all around the globe in areas ranging from the Amazon rainforest to the Caribbean islands. But conservation resources are limited, and it's important to figure out which species require urgent effort first.

To do that, the researchers developed a novel method of combining human impact data, the evolutionary history of a species, and the amount of extinction risk data available to scientists. The evolutionary history of a species tracks new features and mutations that have carried on through evolution throughout the years. It's how we get some of our most unique and weird animals. These are features that are so specialized that we might not find them anywhere else in the world, which means the species has a fairly restricted habitat.

ZSL's team figured that any intense human activity that threatened that limited habitat should bump up the conservation priority of these rare species. To test out their method, they focused on reptiles — since many endangered reptiles have been "largely neglected in previous studies" — and used this method of measurement to pinpoint the highest risk areas. They found that most reptiles at greatest risk were located in South and East Asia and the Caribbean, which might be surprising to folks who expected the endangered creatures of the Amazon rainforest to be in greater danger.

Reptiles were also found to be at greater risk of extinction among all vertebrates (like amphibians, birds, mammals, etc.). "We find that regions under high human pressure coincide with the most irreplaceable areas of reptilian diversity, and more than expected by chance," wrote the authors. "The highest priority reptile species score far above the top mammal and bird species, and reptiles include a disproportionate number of species with insufficient extinction risk data."

In other words, wrote ZSL in a blog post about the study, "Almost 75% of the most important areas for reptilian evolutionary history are facing intense human pressure such as the Western Ghats of India, Sri Lanka, large swathes of Southeast Asia and the Caribbean" with only five percent "under little or no human pressure."

Big findings like this are why the researchers believe it's necessary to calculate and map the data for greater conservation attention. It also serves as a call out to field scientists for more data; the authors lamented the lack of extinction data to calculate throughout the published study, and even increased the priority of at-risk species if they were found to have too little data to quantify.

"These are some of the most incredible and overlooked animals on Planet Earth," lead author Rikki Gumbs said in a ZSL press release. "From legless lizards and tiny blind snakes to worm-like amphibians called caecilians, we know precious little about these fascinating creatures, many of which may be sliding silently toward extinction."

Calculating the loss of evolutionary history

But what about the 'billions of years' threatened to disappear?

One way to explain the evolutionary history of a species is by modeling it on a 'tree.' It's similar to a family tree, with the trunk being the domain of an organism and the branches as the class, family, or species that stem from it. Each branch also tracks how these creatures evolved to be as unique as they are, with rough calculations tracking the timeline of these changes. By tracing these branches, you can trace a species' ancestors and relatives.

For biologists, when a branch is gone, it's not just a loss of the species — it's a loss of the entire evolutionary history of that species. The timeline of that species has ended. We no longer have access to them; we can't study their mysteries, histories, and genetics.

While mapping and prioritizing the species at greatest risk of extinction, the researchers also went ahead and estimated the amount of history we would lose if these creatures were gone. The number is shockingly large: Around 50 billion years of evolutionary history.

To make matters worse, that number might be an underestimate. There are more than 26,000 species at risk of extinction around the world, but the researchers could only use what extinction risk data they had available, which amounted to about 25,000.

"Our analyses reveal the incomprehensible scale of the losses we face if we don't work harder to save global biodiversity," urged Gumbs in the release. "[To] put some of the numbers into perspective, reptiles alone stand to lose at least 13 billion years of unique evolutionary history, roughly the same number of years as have passed since the beginning of the entire universe."

Losing biodiversity is losing Earth’s past and future

The loss of Earth's unique and different creatures doesn't just deprive us of learning more about Earth's history — it can also harm local ecosystems and the humans that rely on them. Different species have different roles to play in their habitats, such as creating nutritious soil for plants, absorbing carbon or pollutants in the air, planting seeds, keeping the insect population in check, and much more. Without biodiversity, existing species might suffer from inbreeding or a limited gene pool that puts them at greater risk of population loss due to poor genetics. And there's still more that might be affected that we just don't know about yet.

"We are still learning the true extent to which human activities are encroaching on natural habitats," wrote ZSL in the blog statement, "but our findings indicate that the magnitude is incomprehensibly large and appears to be overwhelmingly impacting the most irreplaceable areas and species."

However, the organization believes this research "shows us that it is not too late to change course." Local conservation groups can use the findings in this study to increase their efforts and push for more protection over these critically endangered species.

"[Evidence] suggests that even small increases in the global protected area network can have a big effect," ZSL stated. "If we all work together to reduce our impacts on the natural world and conserve natural habitats and biodiversity, we can avert the loss of billions of years of irreplaceable biodiversity."

More like this
"Brood X," a plague-level cicada infestation, is coming for us this spring
By Rafi Schwartz
The Green New Deal is back, baby
By AJ Dellinger
Are electric cars really green?
By AJ Dellinger
Stay up to date