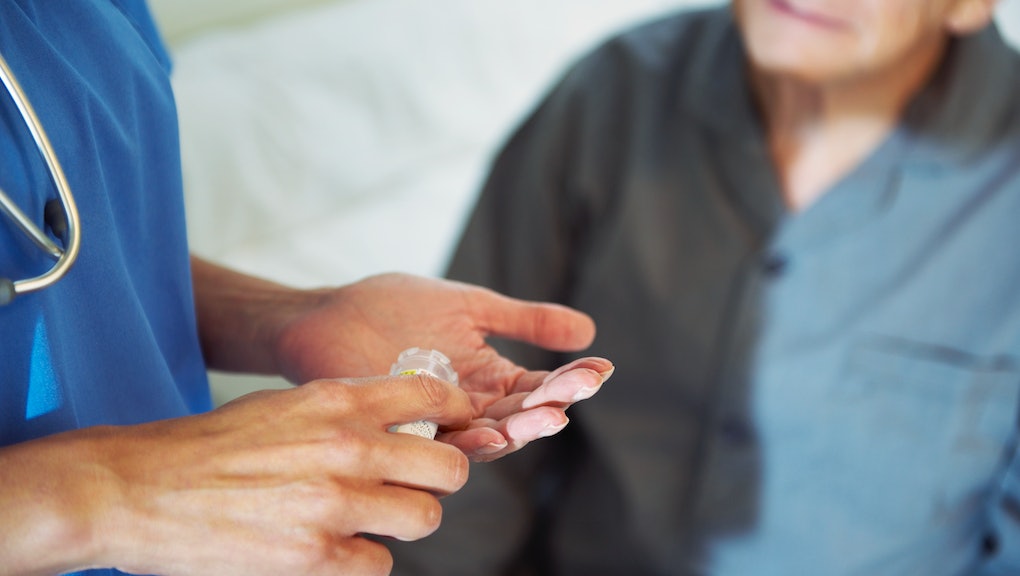 Hydroxychloroquine, the drug President Trump has lauded as a “game changer” for COVID-19 — despite the lack of evidence showing it can safely or effectively prevent or treat the disease — has made headlines again, this time at a nursing home in Pennsylvania. According to a report released yesterday by the state’s Department of Health, the Brighton Rehabilitation and Wellness Center in Beaver gave 205 out of 435 residents hydroxychloroquine without obtaining approval from the DOH beforehand, per CNN.

In its report, the DOH noted that the US Food and Drug Administration has approved hydroxychloroquine, sold under the brand name Plaquenil, to prevent or treat certain types of malaria, rheumatoid arthritis, and lupus — but not to prevent or treat COVID-19, according to CNN. The report also stated that Brighton Center tried to give residents hydroxychloroquine in combination with zinc tablets, issuing them a consent form that identified the treatment as an “Experimental Post Exposure Prophylaxis.”

Worse still, the center didn’t report any negative side effects its residents might have had, or potential errors in administration, per the Ellwood City Ledger. Center officials reportedly didn’t think they needed state approval to provide residents with their experimental treatment.

As a corrective measure, a pharmacist will audit the center to confirm that it’s no longer administering hydroxychloroquine and zinc, the Ellwood City Ledger reports. Clinical leaderships also needs to be trained in resident rights when it comes to experimental research.

The Brighton Center reported that 332 residents and 113 staff members have tested positive for COVID-19, and 73 residents have died of it as of July 28 — making it the site of one of the worst outbreaks of the disease among long-term care centers in Pennsylvania, per CNN.

Brighton Center has drawn scrutiny in the past. The family of housekeeping employee Elizabeth Wiles, who died from apparent COVID-19 in May, filed a wrongful death lawsuit against the facility, CNN reported earlier this month. Jodi Gill, the daughter of a Brighton Center resident, sued the DOH, claiming that it had stopped inspections of the facility, enabling it to give residents experimental treatments, the Ellwood City Ledger reported in April, although the lawsuit was withdrawn last month.

Our society devalues seniors enough as it is, with those in the US faring worse than those in Europe and Canada, according to a 2017 study. A long-term care facility that administers a drug that has no demonstrated safety or efficacy in preventing or treating COVID-19 — and is less-than-transparent in doing so — only underscores this reality.

More like this
'Nine Perfect Strangers' is a deranged portrait of psychedelic wellness retreats
By Erin Qualey
A vaccine for opioid addiction could be right around the corner
By Ian Kumamoto
For young people, it’s weed over alcohol during stressful times
By Melissa Pandika
Stay up to date