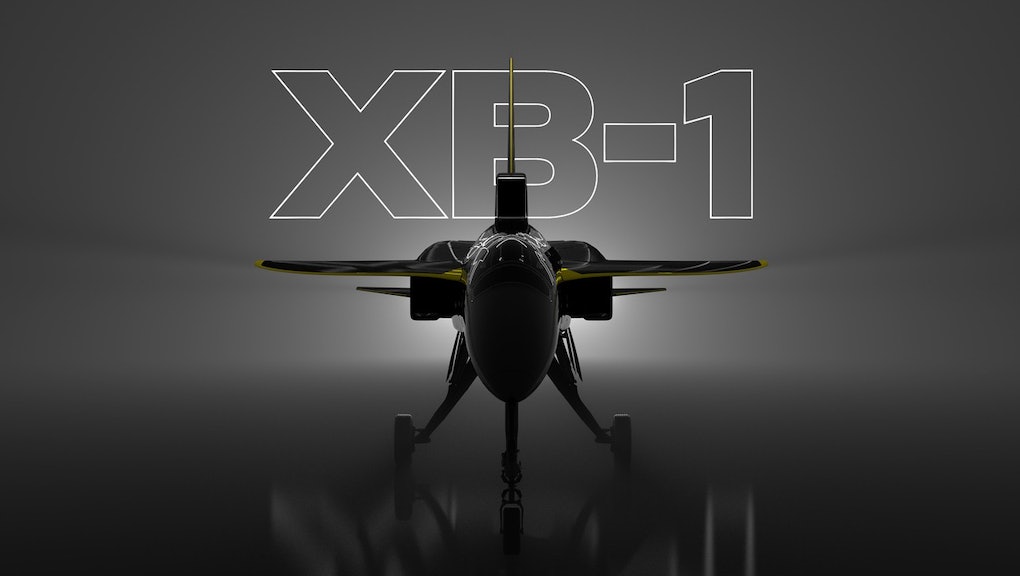 A plane that could get you from New York to Paris in 3.5 hours could soon be a reality

Our options for getting around haven’t changed all that much since the first commercial flights took off a little over a century ago. But while we still haven’t gotten the flying cars or teleportation devices we were promised, we have continued to improve on the types of transportation we do have, particularly airplanes. Now, a new company working on creating a commercial supersonic flight believes it can succeed where others have failed — and it’s building an actual plane to prove it.

The company, called Boom, is manufacturing a single-seat aircraft dubbed the XB-1 that is scheduled to roll out on October 7. The plane will then be used for testing supersonic flight technology next year. If the XB-1 is successful in proving that Boom can create airplanes that are fast, safe, and sustainable, the data will be used to build a commercial passenger airliner called the Overture.

Wait, what is supersonic transport?

Supersonic flights mean flying faster than the speed of sound. It’s technology typically saved for military and research jets, such as the F-35.

If you’ve seen supersonic flight before, it was probably at an air show where a jet making a cone-shaped sonic boom raced above the heads of onlookers. Those cones are the shockwaves created as the aircraft breaks the sound barrier. It’s incredible to see and somewhat painful to hear. The vibrations from the sonic boom are so powerful they can damage nearby structures, so regular supersonic flight over residences is usually limited.

Despite the noise issues, engineers and airlines were still interested in using supersonic flights for passenger transport. Supersonic passenger flights would cruise at a speed faster than the speed of sound, which would cut down those tiresome double-digit transoceanic trips by nearly half. For example, right now it takes at least 12.75 hours to go from San Francisco to Seoul. With supersonic transport, you could make it in about 6.75 hours.

Engineers from France, the UK, the United States, and Russia have all attempted to make commercial supersonic flight work in the past. The Soviet-made jet Tu-144 was used for carrying commercial passengers from 1968 to 1978. Hot on its heels was the British-French jet called the Concorde, which flew wealthy passengers from 1969 to 2003.

The Tu-144 suffered from frequent failures, structural instability, and numerous flight delays or cancellations. It eventually became too much to handle, was switched to cargo transport, and then used as a research plane until its retirement. The Tu-144 was the first commercial aircraft capable of reaching speeds past Mach 2.

The Concorde was far more successful in holding itself together. Engineers built upon data from previous attempts at creating a supersonic airliner to design better wings and engines to reach speeds up to Mach 2. The interior was luxurious, comfortable, and peaceful despite the initial sonic boom as it reached its top speeds. The Concorde could cross the Atlantic Ocean, from New York to Paris, in 3.5 hours.

But as it turns out, a supersonic plane like the Concorde required a hell of a lot of fuel. Ticket prices had to be adjusted accordingly — in 1997, the cost of going from New York to London was $7,995 (equivalent to nearly $13,000 today) — which attracted only the wealthiest passengers. Environmental studies put a spotlight on the damage the plane’s noise and carbon emissions were doing to the atmosphere. Maintenance costs were also rising as interest in the expensive flights dropped. An unfortunate accident causing Air France 4590 to catch fire during takeoff reduced trust in the Concordes even further. And then 9/11 happened, which basically turned people off to planes for a while.

Eventually, the cost of keeping a Concorde outweighed the profits, and as of 2003 all Concorde fleets were retired.

Now, Boom wants to pick up the mantle of supersonic passenger flights. Drawing on the successes and mistakes made by Tu-144 and the Concorde, the company wants to create a commercial airliner that can go fast affordably. To do this, they’re creating a prototype jet that will test important concepts before adding them to the final design of a supersonic passenger plane.

“Where Concorde proved that airliners could carry passengers at supersonic speed, XB-1 will demonstrate the key technologies that enable affordable and accessible supersonic travel for the next generation,” the company wrote on its blog.

Boom also wants to address environmental concerns by using sustainable airline fuel made from animal fats to reduce the amount of CO2 pumped into the air. If the XB-1 is successful, the production of the company’s final commercial airliner, called the Overture, will be done using a manufacturing center that can at least partially rely on clean energy.

Airline noise pollution is also a worry, especially with supersonic planes, so the company plans to design Overture with noise-reducing technology and routes that will ensure it hits sonic boom speed over the ocean instead of over people.

Despite its initial success, the Concorde was killed by its own maintenance and fueling costs. But it proved we have the technology to cut down transoceanic flights by half. We just needed the technology to make it more sustainable and less expensive. Boom intends to be the next company to make its mark in the history of supersonic flights, but only time will tell whether it will succeed.