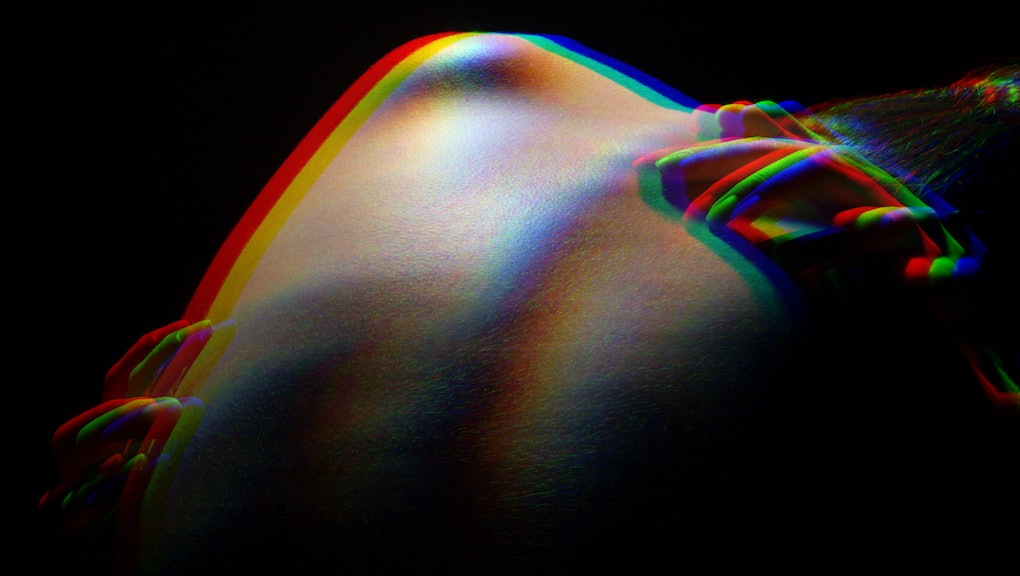 Nicole Flanagan was a daughter, sister, aunt and mother of three young children. She was a friend of an acquaintance who lived close to where I used to live in the Bronx. She was also the subject of the August 20 New York Post headline, “NYC hooker found dead in barrel.” Most of the words of that article slipped immediately from my mind, but one detail stuck: the names of Ms. Flanagan’s children tattooed on her arm.

This is presumably how her body was identified after it was discovered in the New Jersey town where I visited my friends last month. When the GoFundMe for her funeral costs was retweeted, I gave what I could: $25. If Ms. Flanagan’s body had been discovered last week I would have given $100, but the same day the Post reported that “she always feared for her safety,” they also ran the headline, “OnlyFans Creators Feel Screwed Over by ‘Sexually Explicit Content’ Ban.” I’m a sex worker, too, and I’d been using the site to get through the pandemic.

Losing OnlyFans will look much like losing Rentboy in 2015, Backpage in 2018, and Craigslist personals after losing the protections of Section 230 of the Communications Decency Act in 2018— increasing the suffering of the most marginalized. No one was charged with trafficking in relation to the takedown of those sites, but the losses predictably increased vulnerability to trafficking; when you suddenly remove people’s resources, they are more vulnerable to being exploited while trying to access those resources. It’s common sense, it’s supported by research, and it’s what happened to me ten years ago when I answered an ad on Craigslist to try to get rent money. Like most, I began doing in-person sex work out of desperation, and this desperation made me vulnerable, not Craigslist. I’ve survived in this industry by way of luck and connections — I found other sex workers who taught me how to work in safer ways. The main way to reduce the impacts of deplatforming is diversification: you simultaneously work in multiple ways on multiple platforms, so that you are never overly dependent on one.

But this is something I’ve always been unable to do. For years I juggled part-time college classes with managing PTSD and Bipolar II; the whole reason I’ve remained in the sex industry so long was because I could make enough to live without working full-time hours. During those early years of 2011 through 2016, all I had to do was post an ad for my dominatrix services, see two or three clients per week, and I could get by. The near-simultaneous loss of Backpage, Craigslist personals, and the passage of SESTA/FOSTA in the spring of 2018 changed that. I saw it happen immediately, but I was not working at the time.

I’ll survive. Some of the people in my community won’t. Some of my friends and colleagues who are also disabled and mentally ill, or drug users, or undocumented; many of them young and poor, queer and trans, Black and Indigenous People of Color; many of them mothers—not all of them will make it.

I was lucky: the worst work experience I had during this time was with a surgeon (or so he claimed) who lived in one of those sterile luxury doorman buildings much like the one where Nicole Flanagan died. He had gotten terrifically drunk and couldn’t achieve an erection even after an hour of oral sex, and by that point I’d been in his company for six hours for the princely sum of $500. I very carefully told him it was time for me to leave. He whined. He asked me to stay. He begged me to stay. He demanded I stay, and he attempted to grab me and pull me back onto the bed. Because he was so drunk, I easily dodged his hand and fled out the door. As I sped past the doorman, I texted the sex working friend who was waiting to hear from me: “I’m safe.”

I was unlucky: my worst work-related experience happened around the same time. “I think it’s best if you don’t see Lily anymore,” my ex texted me out of the blue. He was her main caregiver, but her mother had died when she was 4, so I had been the one who picked her up from school and helped her with her homework, who gave her heels and skirts to play dress-up and searched for fairies hiding on our back patio. I thought of the night when she was still six or seven, when I was the one who rushed to her when she woke up screaming for her mother and told her it was just a dream. After the break-up I had promised her, with the full support of my ex, that I’d always be in her life. He must have seen that my ads were back up.

It was the pandemic that forced me to diversify a little into online work. In May 2020, without any earned income to speak of for two months, still waiting on unemployment (I wouldn’t receive it until late July, and I was one of the lucky ones to receive any aid at all) and unable to continue surviving on credit card debt and mutual aid, I signed up for OnlyFans knowing that, like most creators, I wouldn’t make an enormous amount of money from it directly. I averaged a few hundred dollars per month working approximately 12 hours per week, which was all I could spare. But at this point in the pandemic in August 2021, real-time clients are returning at pre-pandemic levels, and most of them are finding me on OnlyFans because the ad sites are still such a wasteland.

I don’t know what will happen to the third of my income that I still generate from sex work, because a Master’s in Social Work is not enough to cover my healthcare costs and student loan debt. Those 12 hours per week combined with limited in-person work were all I could spare as a disabled student and I never diversified to other, similar platforms like AVNStars or FanCentro. I don’t have the time and energy now to migrate my hundreds of videos, nor do I have the dedicated fanbase to follow me; most of my OnlyFans subscribers came for the wide range of porn and happened to find mine there, too. My worst case scenario is not so bad: I may have to find a more loathsome kind of 9-to-5 that is less flexible, and then figure out what to do when my next depressive episode hits, but I’ll survive. Some of the people in my community won’t. With the loss of BackPage and the passage of SESTA-FOSTA, community group Hacking Hustling performed participatory research which “suggests that individuals who work online experienced a greater increase of violence," and of this contingent of sex workers, Nessa Moreno predicted the loss of OnlyFans will continue “a domino effect [from SESTA-FOSTA,] impacting the most marginal among us.” Some of my friends and colleagues who are also disabled and mentally ill, or drug users, or undocumented; many of them young and poor, queer and trans, Black and Indigenous People of Color; many of them mothers—not all of them will make it.

Some of these sex workers who do not have the time and energy to rebuild online will wind up where I was in 2011, answering an ad posted by an abusive manager who steals all their money, but they won’t manage to leave. Others will wind up where I was in 2019, finding real-time clients on shady sugaring websites and praying that safety strategies like safe calls will be enough to protect them from drunk and angry rich men. Our society reduces Nicole Flanagan—daughter, sister, aunt and mother of three children, the youngest of whom is still only six or seven and somewhere soon waking up in the middle of the night screaming for his mother who was a friend of an acquaintance who lived not too far from where I used to live in the Bronx—to a dead hooker in a barrel. And so our best efforts won’t always ensure survival. Yes, there will be another platform, there will be another hustle. There will be another way for us to survive until we don’t survive anymore, and what we lose we cannot replace.