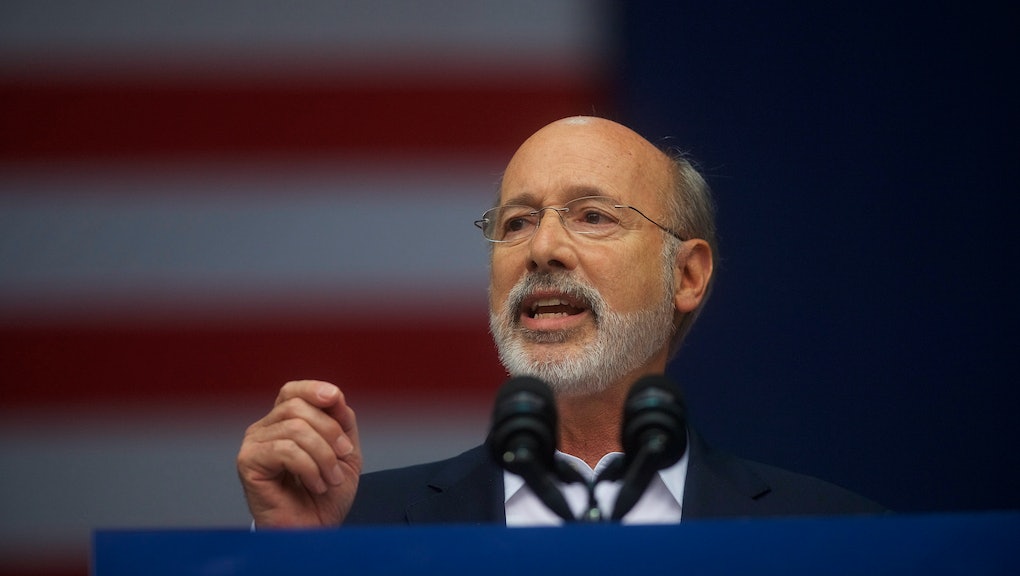 A Trump-appointed judge ruled that coronavirus prevention measures were unconstitutional

Seven months into the United States's response to the coronavirus pandemic, it would be easy to say that had the country shut down earlier, our present reality might look different. But a federal judge ruled Monday that Pennsylvania's broad-sweeping shutdown orders intended to curb the spread of coronavirus are unconstitutional, a move that defies traditional thinking about what role government can play in protecting public health. The judgment is also the latest example of the long reach of the Trump administration, as President Trump has appointed hundreds of federal judges, many of whom were championed by Senate Majority Leader Mitch McConnell (R-Ky.).

In his ruling, U.S. District Judge William Stickman IV, ruled that the "stay-at-home components of defendants' orders were and are unconstitutional ... the solution to a national crisis can never be permitted to supersede the commitment to individual liberty that stands as the foundation of the American experiment."

The orders handed down by Pennsylvania Gov. Tom Wolf (D) and Pennsylvania Secretary of Health Rachel Levine at the onset of the virus were intended to limit the size of gatherings and order individuals to shelter in place. They're not unlike governors' executive orders elsewhere in the country, but this is an instance of public health orders being challenged by a Republican-appointed judge.

Stickman ruled that the orders violated the Constitution's 14th Amendment as well as individual civil rights and liberties. "Broad population-wide lockdowns are such a dramatic inversion of the concept of liberty in a free society as to be nearly presumptively unconstitutional unless the government can truly demonstrate that they burden no more liberty than is reasonably necessary to achieve an important government end," Stickman said.

Stickman went on to say that during a time of emergency or crisis, the government has the ability to trample on individual rights, and it is the courts' job to protect the people where lawmakers overreach. In the case of Wolf's orders, the need to protect liberties took precedent over public health, Stickman said. "Defendants undertook their actions in a well-intentioned effort to protect Pennsylvanians from the virus," Stickman said. "However, good intentions toward a laudable end are not alone enough to uphold governmental action against a constitutional challenge."

The judgement on Wolf's executive orders is a real-time example of how Trump, and McConnell even before him, has managed to change the nature of the judicial system. As Mic wrote in May of the Republican effort to pack the courts, "reactionary judicial power could effectively block all sorts of progressive legislative projects, ranging from gun control to climate change mitigation, as lower courts helmed by conservative jurists might be inclined to strike down any sweeping policy changes."

The ruling comes amid nationwide reopening of states, each of which is struggling in its own way to balance the needs of the economy and the demands of public health.

More like this
FEMA said it would reimburse cities for housing homeless people. Most cities ignored the offer
By AJ Dellinger
The CDC's eviction freeze has been unfrozen by a federal judge
By Rafi Schwartz
Title IX will once again protect against gender identity discrimination
By Rafi Schwartz
Stay up to date