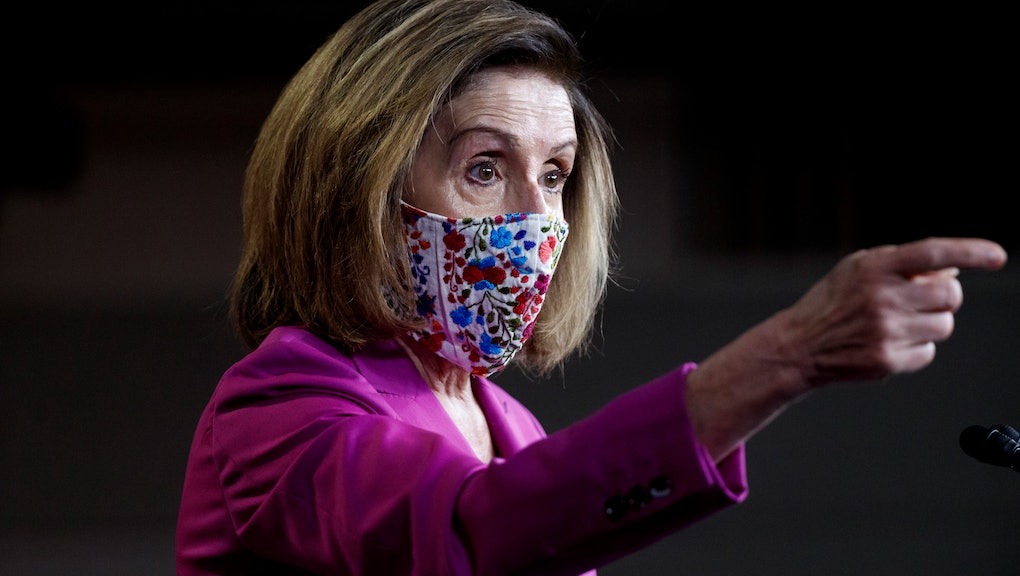 As the details of just what took place during the Trump-instigated insurrection at the United States Capitol this month continue to come into focus, one of the more chilling revelations has been the steady acknowledgement that in the chaotic swirl of the attempted coup, a number of rioters tried — and in some cases succeeded — to abscond with sensitive, or even classified material stolen from congressional offices and desks.

Now, as more and more attempted insurrectionists are being arrested and charged for their role in breaching the Capitol building, the FBI is looking at one rioter in particular who it suspects may have not only stolen a laptop belonging to House Speaker Nancy Pelosi, but who may have tried to sell the computer to a Russian intelligence agency, as well.

In a court affidavit filed this weekend, FBI Special Agent Jonathan Lund of the bureau's Cyber Crimes division stated that Riley June Williams, a 22-year-old Pennsylvania woman filmed participating in the riot, is being investigated for the theft and possible sale of Pelosi's computer, although she has not yet been charged for the crime. The allegation comes from an FBI tipster and "former romantic partner" of Williams, who told the government that he recognized his onetime partner in footage of the insurrection, and that after speaking with mutual friends of hers, was told that that she not only had Pelosi's computer in her possession, but had at one point planned to sell the device to Russia's Foreign Intelligence Service through an intermediary. That deal, the tipster noted, had subsequently fallen through.

While it's unclear whether or not the tip is accurate, Pelosi's Chief-of-Staff Drew Hammill had admitted shortly after the insurrection that a laptop used "for presentations" had been stolen out of a conference room during the riot. It remains to be seen whether Hammill's missing laptop and the device believed to be in Williams' possession are one and the same.

Per Lund's affidavit, Williams has since disappeared, and is being sought by law enforcement officials. According to Lund, Williams told her mother she'd be gone for several weeks, but did not say where she was going.

Williams is currently being charged solely with disorderly conduct and entering restricted areas of the Capitol building. However, if further evidence linking her to any stolen material comes to light, that could all change.

More like this
Buckle up: The investigation into the Jan. 6 insurrection is just getting started
By Rafi Schwartz
Texts from Matt Gaetz's "wingman" allege that the congressman paid for sex with a 17-year-old
By Rafi Schwartz
Marjorie Taylor Greene and her team are just openly accosting people in Congress now
By Rafi Schwartz
Stay up to date