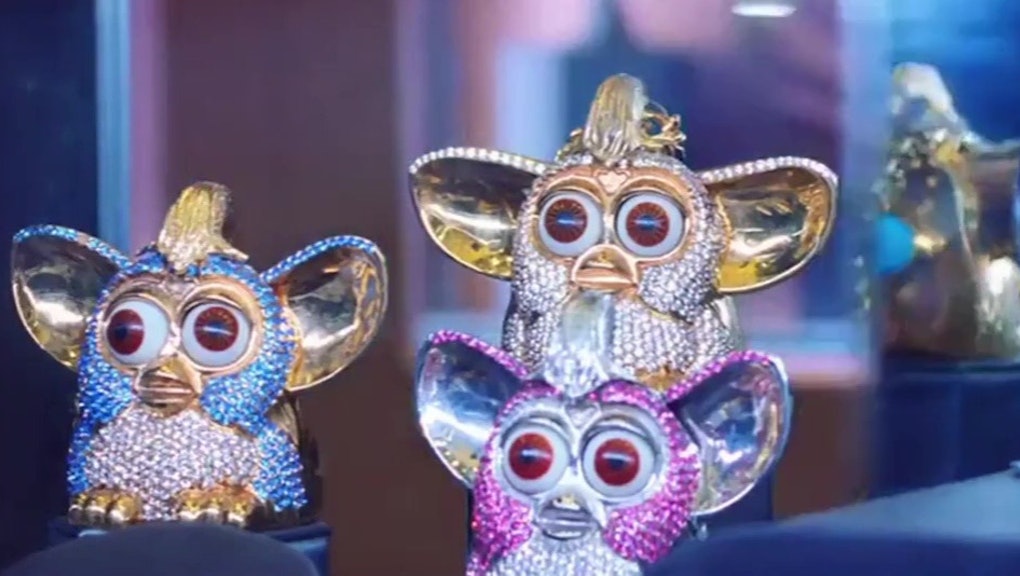 A24 is auctioning off original props, like the Furby from 'Uncut Gems,' for charity

When A24 releases a new line of merchandise, it can come down to a matter of minutes if you walk away with a custom Uncut Gems Furby pendant or a basketball with Howard’s winning bet engraved. For their latest sale, the indie studio’s giving you a bit more time to think it over by launching a far less stressful auction than Howard's bungled sale in Gems. Starting Wednesday, A24 is digging in the attic to sell off a number of original props from their films, benefiting New York organizations fighting the pandemic.

The first round of items for sale covers a pretty broad spectrum. There’s Rue’s hoodie in Euphoria (currently priced at $3,000,) doormats from Hereditary (ranging from $3,500-5,000,) and some lower-cost props from Eighth Grade, including Gabe’s goggles and Kayla’s time capsule. Upcoming auctions will include the original silk flower May Queen gown from Midsommar, the Furby and Kevin Garnett’s jersey from Uncut Gems, and the carved wooden mermaid figurine from The Lighthouse. I really can’t imagine how high some of those will go.

This initial auction benefits NYC Health + Hospitals, an organization that will “directly support doctors, nurses, and other healthcare workers by providing meals, prepackaged groceries, hotel rooms, laundry service, and scrubs.” Subsequent auctions will benefit the FDNY Foundation, Queens Community House, and the Food Bank for New York City. In a statement, the studio writes: “As a company founded and based in New York City, A24 wants to give back to the city as it weathers this crisis and begins to rebuild. 100% of each auction’s proceeds will be donated to one of four charities helping New York City’s hardest-hit communities and frontline workers.”

Although the auction series obviously requires a higher level of disposable income than the average A24 sale, it should provide some much-needed relief for New York efforts. I’ve always had some doubts about indie film studios molding themselves into lifestyle brands, but buying original props to benefit a good cause is always something to get behind.