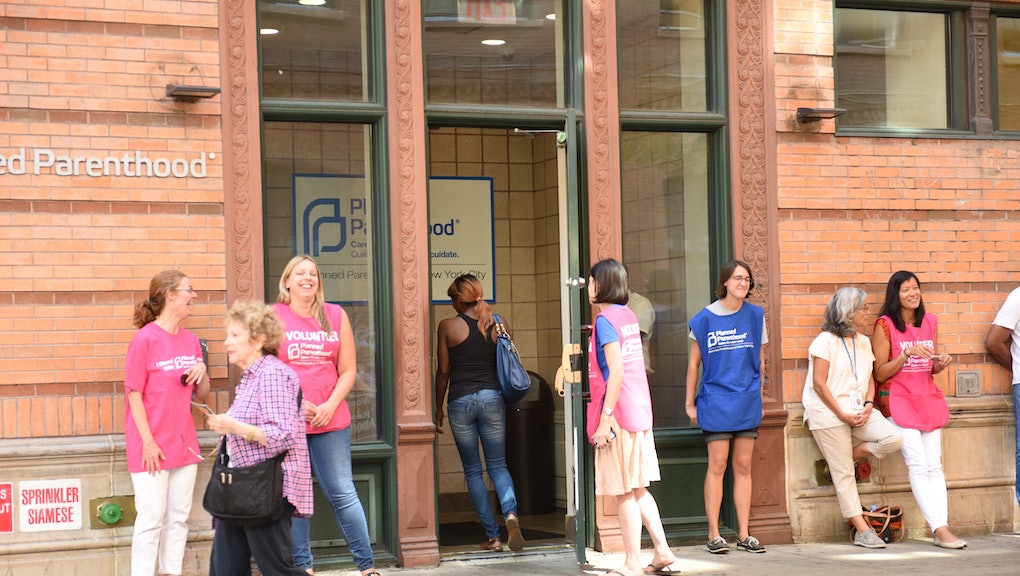 Abortion providers in Oklahoma can soon be sued for "wrongful death"

Starting in November of this year, abortion providers in Oklahoma can be sued for "coercion." Last week, Oklahoma Gov. Kevin Stitt (R) signed into law the Unborn Person Wrongful Death Act, which will allow a patient or family member of a patient to sue a provider for "wrongful death."

The legislation purports to protect abortion patients from being "deceived" or lied to by doctors, according to its text. Physicians will be vulnerable to a lawsuit for a number of reasons, including if the abortion "causes the woman physical or psychological harm, the possibility of which she did not foresee or was not informed of at the time of her consent."

Citing the "grief" and potential feelings of "loss" on behalf of a patient seeking an abortion, the bill's author, state Sen. David Bullard (R), says that "parents" and "grandparents" of an "unborn child" will be able to sue providers if they believe a patient was coerced into receiving an abortion. The ultimate goal, he said, is to make Oklahoma an "abortion desert," adding that "once these fraudulent schemes are exposed and no longer available, thousands of unborn babies will be saved every year."

Abortion providers already receive training about how to screen patients to determine if they're being coerced into getting an abortion, Tamya Cox-Toure, regional director of public policy and organizing for Planned Parenthood Great Plains, told local Oklahoma NBC affiliate KFOR. "If at any point a provider thought that this patient was being coerced, this was not a decision they were comfortable with, they would immediately stop and let that patient make the decision that is right for them."

Bullard's law expands on the ways abortion is already extremely restricted in Oklahoma, where patients have to wait 72 hours before receiving an abortion and physicians are legally obligated to administer an ultrasound, despite the fact that there is no medical necessity for a patient to see an ultrasound to make an informed decision.

The new law also wrongly states that many patients regret their abortions, when in fact extensive studies show that the vast majority have no negative feelings about the medical procedure, or even feel positively about their decision.

Oklahoma is one of many states that passed the erroneously dubbed "Pain Capable Unborn Child Protection Act," which banned abortion after 20 weeks of gestation based on claims that a fetus can feel pain. There is no evidence, however, that this is true. In fact, most abortions performed after 20 weeks are administered to protect the life of the patient, and banning abortion puts these individuals at further medical risk.

Advocates say that this legislation falls in line with other Targeted Restrictions on Abortion Providers (otherwise known as TRAP laws) that make it difficult for clinics to stay open and for patients to receive abortion care. The Supreme Court hear a case earlier this year on a similar law, which concerns whether the state of Louisiana could require abortion providers to have admitting privileges at nearby hospitals. Advocates say these laws shutter clinics and decrease access to safe, physician-administered abortion, and that there is no need for providers to mandatorily have such access. The high court's ruling is expected as soon as next month.

Whereas the Louisiana law targets clinics, the new Oklahoma law creates a pathway for families to target physicians themselves, which could have a number of short- and long-term negative effects on the safety of providers. Threats of violence, including death threats, against abortion providers have increased in recent years, which have the added effect of discouraging physicians from entering the field.

There have been no announcements yet about plans to challenge the law, though it's likely that a legal battle will ensue in coming months.