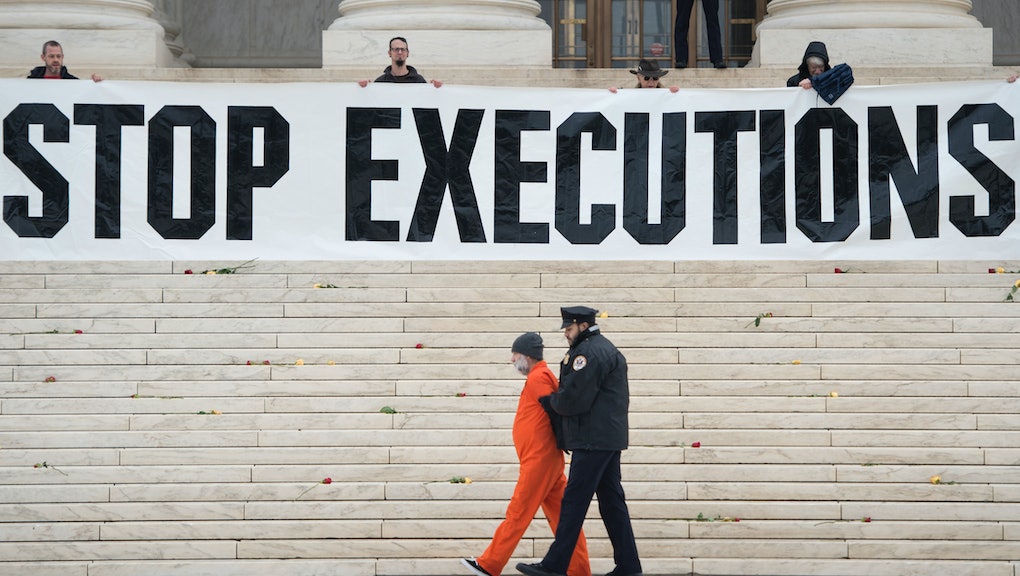 Activists work to save Nathaniel Woods, sentenced to death for murder despite not killing anyone

Update March 6: Woods was executed Thursday night. The Supreme Court had granted a temporary stay minutes before he was scheduled to be killed, but ultimately declined to stop the execution, and Alabama Gov. Kay Ivey also decided not to intervene. Our original story is below.

In Alabama, a citizen can be sentenced to death for merely being an accomplice to a crime. That’s what happened to 44-year-old Nathaniel Woods, who is scheduled to be executed Thursday for his involvement in the murder of three Birmingham police officers. While he was present at the house where the crime took place, he did not pull the trigger.

In 2005, prosecutors successfully convinced 10 out of 12 jurors to find Woods guilty of a scheme to ambush officers at a drug house and kill them. State law in Alabama allows for a jury to convict even without a unanimous vote, and given he was convicted on charges of capital murder, Woods was given the death penalty.

Alabama is the only state that allows for a person to be sentenced to death even with a non-unanimous jury conviction. Woods is scheduled to be executed Thursday evening. If his execution is not stopped, he'd be the first person executed in the state this year, and the 67th since 1976, when the death penalty was reinstated in Alabama. The rate of execution in the U.S. overall has gone down, yet Alabama continues to execute those sitting on death row at an increasing rate.

The Equal Justice Initiative, an organization that seeks to end mass incarceration and defend those on death row, claims that Woods's case was marred by legal issues and police misconduct, including the fact that the officers in question profited off of the drug trade in Woods's neighborhood. Woods was offered a plea deal in exchange for 20-25 years in jail, and his first lawyer told him that he would not face the death penalty if he were to maintain his innocence and refuse the deal. Woods declined the offer. The lawyer who inaccurately advised Woods additionally missed important filing deadlines, neglected to share information with him, and eventually "abandoned" him.

Because Woods's lawyers have exhausted all other court options, the only solution left to save his life is to appeal to Alabama Gov. Kay Ivey (R). Tens of thousands of people have written letters to Ivey, urging her to intervene and stop Woods's execution. Martin Luther King III, the oldest son of the civil rights icon, wrote a letter to Ivey on Woods's behalf, saying, “Killing this African American man, whose case appears to have been strongly mishandled by the courts, could produce an irreversible injustice. Are you willing to allow a potentially innocent man to be executed?”

Project Hope to Abolish the Death Penalty, an organization that is run by incarcerated individuals to advocate for people on death row, urged those writing letters on Woods's behalf to press the governor to account for the source and expiration date of execution drugs — a method deemed by some states to be too cruel.

In February, the Alabama state Senate Judiciary Committee approved legislation that would eliminate the appeals process for those incarcerated on death row — the kind of appeal Woods is currently seeking.

This article was originally published on March 5, 2020

More like this
New York has set aside a massive, first-of-its-kind fund for undocumented workers
By Rafi Schwartz
The Chauvin trial is incapable of delivering real justice
By Vanessa Taylor
13-year-old Adam Toledo put his hands up. Chicago police killed him anyway
By Rafi Schwartz
Stay up to date