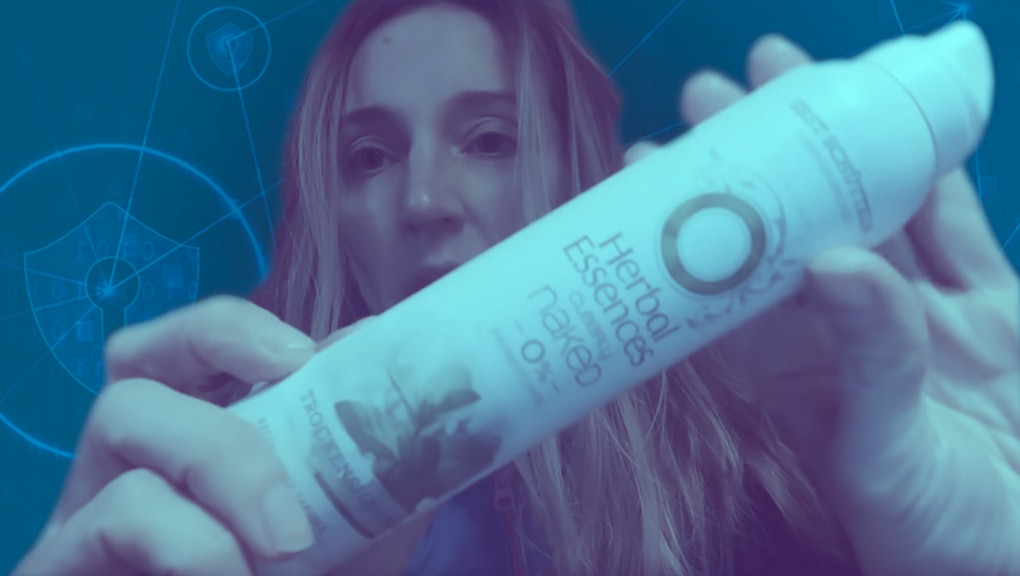 If you happen to stumble across Addie Wagenknecht's beauty tutorials on YouTube, you may think you're in for a typical cosmetic review. But as Wagenknecht uses her ring finger to gently dab Sephora concealer under her eyes, she says, “Today we’re going to talk about threat modeling.”

In another video, she begins by applying the Garnier Hydra Bomb Sheet Mask. “When you step away from your laptop and leave it unlocked, it’s easy for someone to hop on and get access to not only all of your passwords—because those are accessible through all of your system preferences—but basically do anything they want,” Wagenknecht says. She continues to direct viewers to their security privacy settings on Mac iOS.

While beauty tutorials and cybersecurity are an unlikely pair, they couldn’t be more intertwined. We often hear about major corporations falling prey to security breaches, but it’s the average Mac user — the beauty vlogger, the Redditor, or the Amazon shopper — that’s equally susceptible to threats in small yet powerful ways.

It then makes total sense that she combines creative aesthetics with technology. For three years, she served as the chair of the Open Source Hardware Summit, and in 2013, she founded Deep Lab, a research center at Carnegie Mellon University devoted to investigating issues surrounding security, surveillance and privacy from the lens of feminist theory. She isn't your typical tech expert, and that's precisely why we're so compelled to listen to her.

We caught up with Wagenknecht about how she’s using the unique medium to educate consumers about cybersecurity.

Mic: What compelled you to make this series now?

Addie Wagenknecht: I wanted to give people quick bite-sized overviews of things they could do to secure their devices, computers, online presence and physical presence without needing a comprehensive background in IT, but do in 20 seconds or 20 minutes. So much of hacker and information/operation security in my experience is mystified, and often layers upon layers deep of Wikipedia pages.

Mic: Why should the average internet user care about cybersecurity?

A.W.: Generally, when we get in a situation when we need it, it's already too late, so the earlier we integrate small changes in our habits, the easier it is to prevent being in a situation where our personal information, images, emails, credit cards, and so on, are used in ways we don't want them to be. Information and operation security matters for anyone. So many of my friends who aren't in technology say they don't need [cybersecurity literacy], don't understand it, and thus don't take any measures because they don't see Russia as a threat. Instead they see roommates or exes as the issue, which is exactly what and why they should care.

Mic: What are some common habits that make us vulnerable to security breaches?

A.W.: Using the same one or two passwords across all platforms or using passwords that lack enough characters and letters to be effective. This is why I recommend passphrases instead, A pass phrase would be something like "ILoveMyDogAndMyCats!!!"

Mic: Which demographics are most at risk?

A.W.: Women, and specifically minorities like trans women, are targets of violence all the time, every day. I’m not sure beauty vloggers are statically more vulnerable per se, but I would argue their audiences, who are likely primarily women — queer, trans and other minorities — are. More often than not, the threats for us are unfortunately often from people we know, who we have engaged with in some way, which makes our needs and issues more unique than how many cybersecurity groups teach. What is that saying? Men are afraid women will laugh at them, and women are afraid men will kill them. It's not unfounded. In the United States alone [according to a 2017 study by the Centers for Disease Control and Prevention], nearly half of all female homicide victims are killed by either an intimate partner, or the partner's family or friends.

Mic: Why did you chose beauty vlogs as your medium?

A.W.: Most women I know focus on anti-aging and adult-ing by spending tons of money on anti-aging potions, laser hair treatments, and manicures instead of putting the money into retirement, because the body is the one place women can always control. The pressure to look good has never been more of a focus since we're constantly being filmed by friends. It’s also pretty taboo to admit how much you have the capacity to spend, or not, on these treatments and sheet masks because it's seen as vain. Our choices — private or public — are political. So is what we spend money on, or how we spend it. Our choices in beauty are informed by a long history of women's primary role being seen as trophies and decorations. That is political, too.

At the same time, the more of my friends in tech and security who I talked to, the more I realized we all had this sort of 'secret' of loving sheet masks, these rituals of beauty, and potions as well as technology, and we weren't really necessarily analyzing and leveraging those power structures. But I knew if we were like this, there had to be a much larger community of people who enjoyed it, too. That’s how I fell into the whole beauty blogger scene. I was over reading the news at night. It is constantly an attack on many minorities, and I wanted something to watch that was informative. Somehow I fell into drag queen makeup tutorials and became completely enthralled by their ability to control and transform themselves. I suppose as women, there is a definite anxiety around how little we can control, especially right now, and beauty is political when we can set our own terms.

Mic: There's a big shift to introduce women to STEM careers, but it seems as though you're successfully contending with similar topics as an artist. What advice do you have for someone who is interested in working in STEM but feels intimidated, or doesn't have a science-heavy background?

A.W.: My advice goes for any field or change of career. There is no such thing as perfect or ready. The only thing you can control in this world is your willingness to keep trying and showing up. The only thing that determines success is how much we keep trying. Expect a no. Expect many no's, actually. Don’t let rejection derail you, and make those rejections or people saying you can't do it as fuel to mean you try again and again. Doing anything in life is a game of odds. The more we put into it, the more likely we get it.

More like this
He made a cryptocurrency called SCAM. Now he's trying to make it legit
By AJ Dellinger
7 climate podcasts to help you make sense of the future
By AJ Dellinger
Space debris from a rocket launch is currently hurtling toward Earth
By AJ Dellinger
Stay up to date