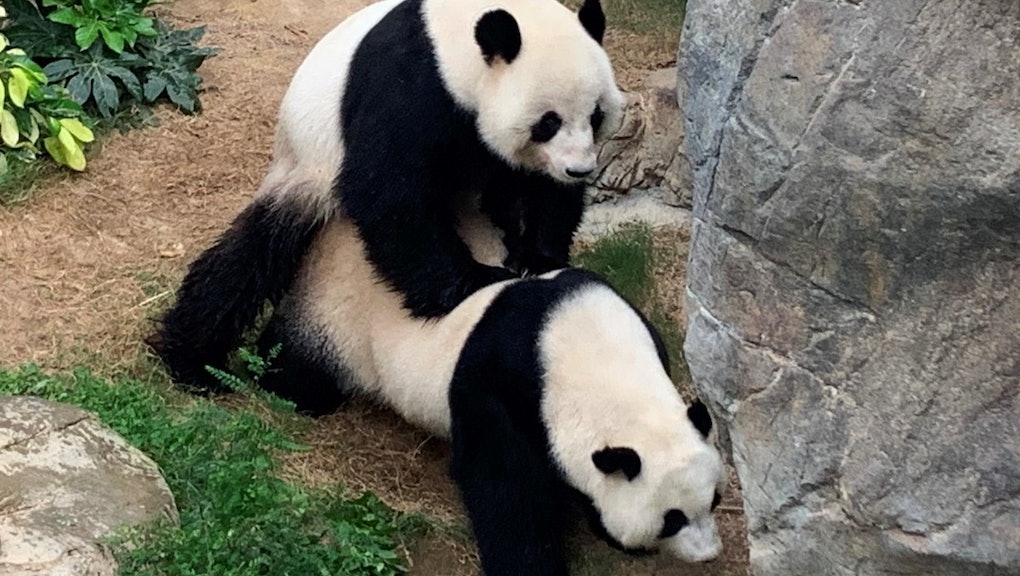 After 10 years without sex, two giant pandas finally got it on in an empty zoo in Hong Kong

The staff at the zoo has been keeping a close eye on the pandas, who entered their mating cycle in late March. According to the park, the pandas were showing signs of interest in one another. Le Le had reportedly started leaving scent markings around his habitat, while Ying Ying was spending more time splashing around in the water in recent weeks. Per the park's veterinary staff, Monday marked what was believed to be "peak oestrous" period based on Ying Ying's closely monitored hormonal levels — and the pandas seized the moment.

The decision to do it was a big deal for the pandas, who have been living together, sexless, since 2007. Giant pandas are a once-endangered and still vulnerable species, in part because of their notorious reluctance to breed. New cubs can be born through artificial insemination, but the success rate is much higher via the natural mating process. Only time will tell if Ying Ying and Le Le will be expecting after their romp together — and it'll be a bit of a wait before anyone hears the news. According to the Ocean Park zoo, the gestation period for a panda baby is from 72 to 324 days and the cubs don't show up on ultrasounds until 14 to 17 days before birth. Ying Ying may start showing signs of pregnancy by late June, but pandas do experience pseudo-pregnancies that produce similar hormone changes.

It's unclear what exactly put the pandas in the mood for the first time in a decade, but maybe it can be chalked up to a previously unprovided sense of privacy. Ocean Park has been shut down to visitors since January 26 in response to the coronavirus outbreak, allowing the pandas a bit of alone time in pound town.