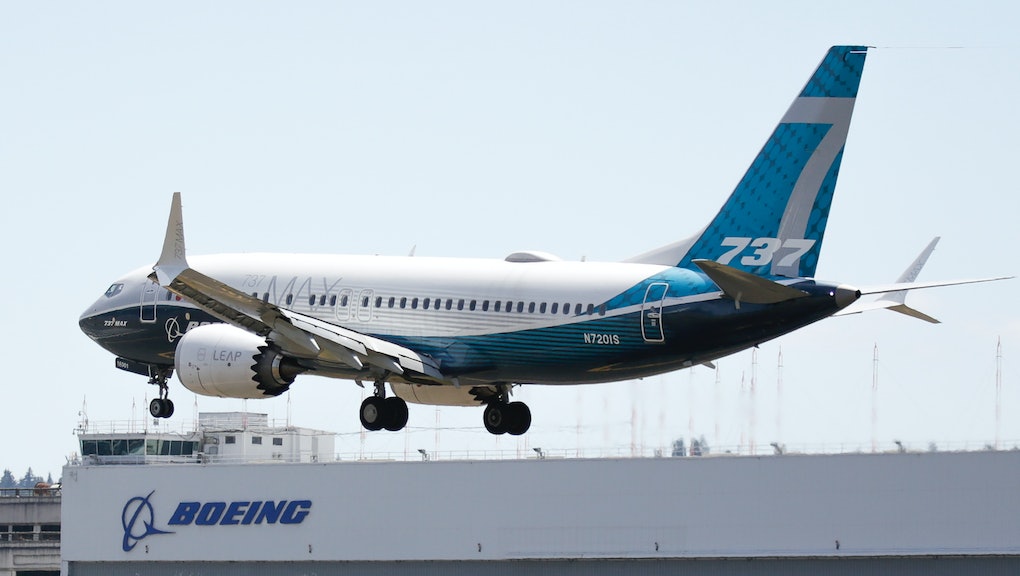 After being grounded for more than a year, Boeing's 737 Max is back. But is it safe?

Last year, tragedy struck on two separate occasions when Boeing 737 Max passenger planes were involved in fatal crashes in Indonesia and Ethiopia, taking the lives of 346 passengers. The planes were grounded globally by aviation authorities while Boeing figured out what was causing the deadly problem.

On Wednesday, the Federal Aviation Administration gave Boeing the go-ahead to once again fly the 737 Max following a series of safety tests.

Getting the 737 Max back into the air has required an exceedingly long runway. Despite Boeing's belief that it could find what went wrong with the plane and fix the issue by the end of 2019, the review process has drawn on for nearly 20 months, as investigations delivered new revelations about potential risks associated with the planes. Initially, the issue was thought to be largely software related. The computer flight control system, known as Maneuvering Characteristics Augmentation System (MCAS), was blamed for the crashes, as it was programmed to automatically push the nose of the plane down in certain situations and pilots were not made aware of that action. But throughout the review process, it was discovered that the plane suffered from a myriad of imperfections and potentially dangerous flaws.

It was discovered that two sections of wiring for the controls of the plane's tail were too close together and could create a short circuit that could cause the plane to crash. Reports also indicated that the company provided several safety features that could have prevented the crashes that took the lives of hundreds of people, but charged extra to activate those mechanisms.

Because of all of that, Boeing has had a considerable uphill battle in addressing everything that needed to be fixed before the 737 Max could have its wings back. Earlier this year, the FAA approved the company's plan for getting the plane up to speed. It included making significant changes to the MCAS software, increasing and improving the flight crew training procedure to make them fully aware of the plane's design, and addressing other technical changes that presented safety concerns.

Steve Dickson, the administrator at the FAA, described the process of making the Boeing Max 737 airworthy again as "long and grueling," but felt confident that the plane is now up to snuff. "We were never driven by a timeline, but rather following a methodical and deliberate safety process. During this time FAA employees diligently worked on the fixes that were necessary," he said in a statement. Dickson showed his confidence in the plane's progress by going through the training process himself and taking part in a test flight, and said that he is "100 percent comfortable with my family flying on it," according to CNN.

Other aviation agencies, including the EU, are expected to give the Boeing 737 Max their approval before the end of the year, which would enable the plane to return to the skies in early 2021.

There are still plenty of skeptics. The families of victims of one of the 737 Max crashes went public with their doubts that the company and regulators have done enough to ensure the safety of passengers. “Aviation should not be a trial-and-error process; it should be about safety,” Naoise Ryan, whose husband died in one of the fatal crashes, said in a statement. “If safety is not prioritized, then these companies should not be in business.” Even airlines are unsure if they want to invite the 737 Max back into their fleet. According to CNN, in a letter sent earlier this week from executives at American Airline, employees were told, "If a customer doesn't want to fly on the 737 Max, they won't have to."

Despite this, some experts believe that travelers should not fear if their next flight is on board one of these planes. “This whole thing has had more scrutiny than any airplane in the world,” John Hansman, an aeronautics professor at MIT, told the Associated Press. “It’s probably the safest airplane to be on.”

More like this
Are electric cars really green?
By AJ Dellinger
Hours after Elon Musk talked up Tesla's Autopilot, 2 people died in their driverless car
By AJ Dellinger
The skyscrapers of the future will be made of wood
By Rima Sabina Aouf
Stay up to date